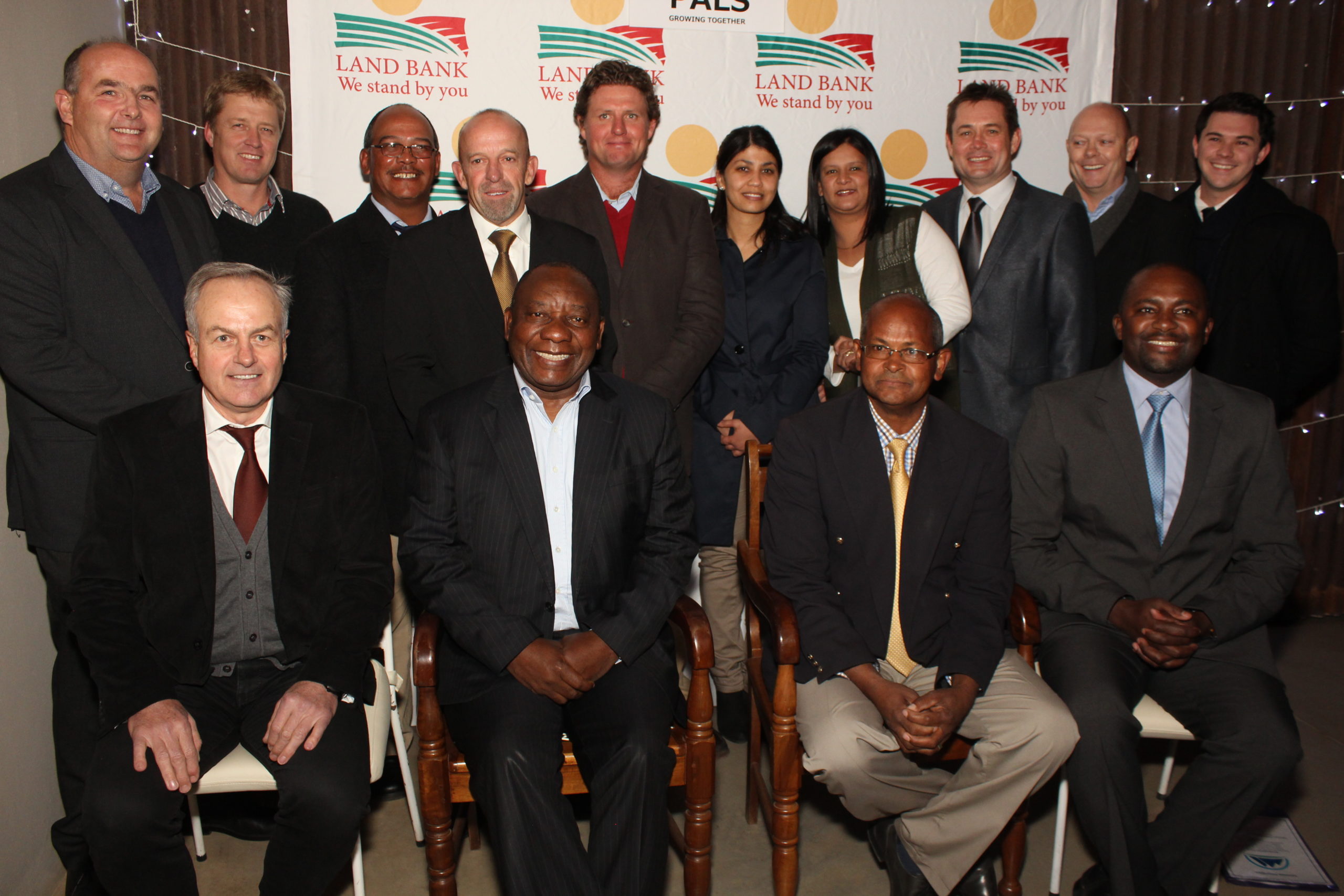 The Witzenberg PALS (Partners in Agri Land Solutions) is a private land reform initiative that was established in 2014 by the commercial farmers in the Witzenberg district, in partnership with local communities and all three spheres of Government. The key objective is to implement innovative land reform and economic empowering projects/businesses that accords with the provisions of Chapter 6 of the National Development Plan (NDP). Thus far the initiative has rolled out 7 new agri-businesses, involving a total of 4256 hectares, wherein ownership has been transferred to black farmers. In time these farmers will become the majority or sole shareholders in the land and businesses, in line with our vision to establish successful black commercial farmers. PALS further envisage to implement 20 additional new agri-businesses in the next 6 to 12 months.

On Wednesday 21 June 2017 Witzenberg PALS held their annual member’s meeting at Kaleo Manor in the Koue Bokkeveld. The meeting was attended by the Honourable Deputy President of the Republic of South Africa, Mr. Cyril Ramaphosa, who was also the guest speaker.

“It has been an honour to the PALS members and board to have had someone of the stature of the Deputy President visiting us and sharing his thoughts on land reform”, Mr. Lennox Plaatjies, CEO of PALS remarked.

In addressing the members’ meeting, Mr. Ramaphosa emphasised that the South African agricultural sector has a great potential to reduce unemployment and inequality in the country. In commending PALS on its inclusive manner of land reform, he also encouraged the initiative to involve the youth and to focus on skills transfer to them.

“We are greatly encouraged that the very principles regarding to land reform, referred to by the Deputy President in his speech, were those identified by PALS at the outset of the rollout of the initiative. These principles were applied and issues addressed from the very beginning and we are continuing to do so,” Mr. Plaatjies said.

Mr. Plaatjies added that PALS agree with the Deputy President that, through co-operation between the government and private initiatives such as PALS, the economy can be grown to the benefit of all the people of the country. “We will continue to communicate and co-operate with all levels of Government” he said.

For more information on Witzenberg PALS, contact the PALS Centre on the telephone number hereunder.