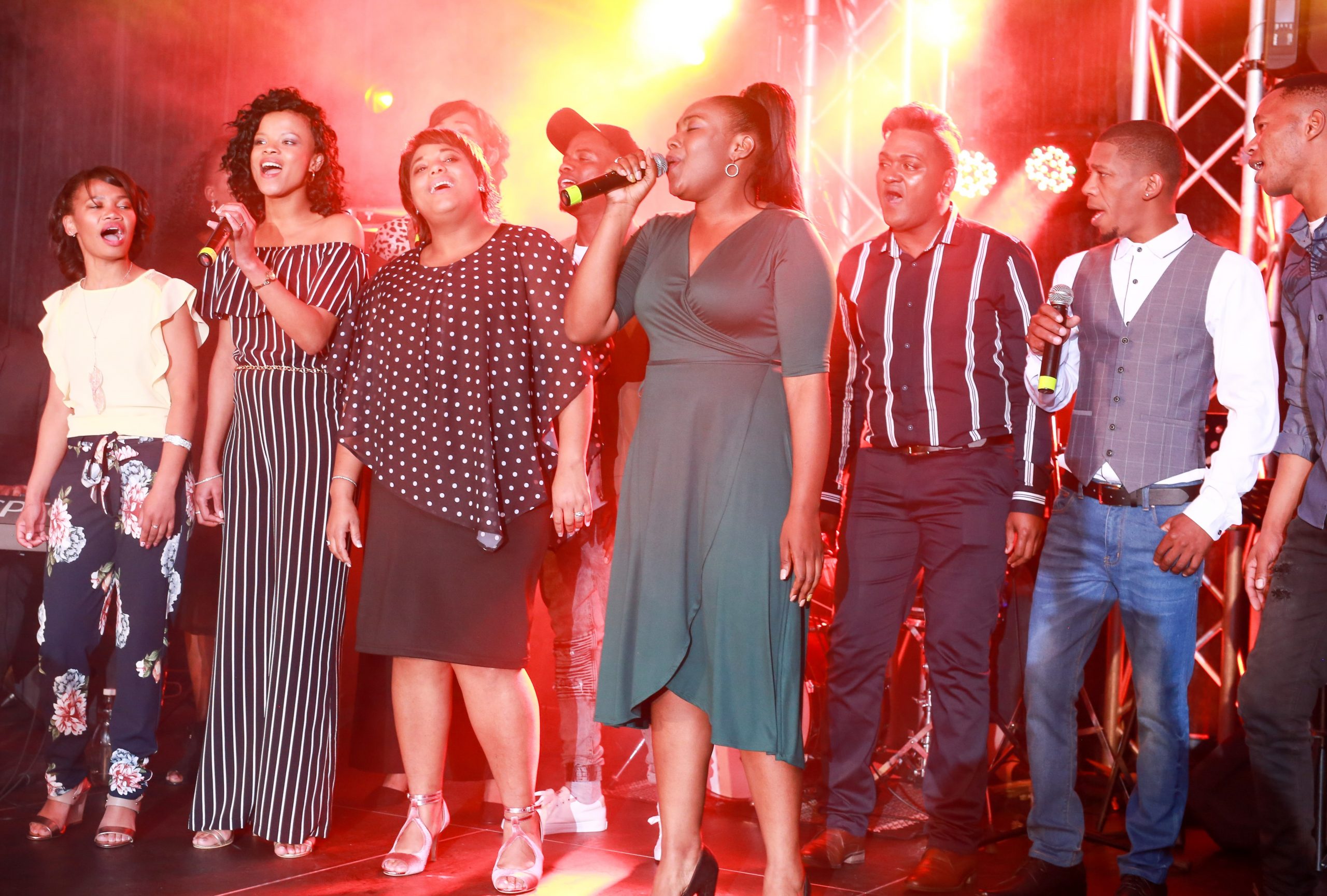 In 2014, the very first Agri’s got Talent (AGT) took place. It started small but went from andante to allegro in six years. This year will be their seventh anniversary. Gerrit Rautenbach looked back at the success of AGT, especially at the Top Three performers of the 2019 event.

“The only constant in life is change,” Greek philosopher, Heraclitus wisely said about 1 500 years before Covid-19. He is still so right, but I don’t think he ever envisaged the turmoil of change Corona created this year.

Be that as it may, I actually want to challenge his wisdom. Specifically when it comes to music. “Whoa!” the world screams at this statement. “You want to tell me all music is the same? That Mozart is identical to Meatloaf?”

No not at all, but I’m referring to the mathematics of music. The ABC that makes up music. That is totally constant ever since long before Heraclitus said the only constant is change. But what you do with those chords is where the creativity comes in. The variety making up the Bachs and the Beatles. The Dvořáks and the Dylans.

All of this philosophy of music is fresh coming from me who cannot get past the opening line of “Brother John” on the piano; let alone sing. In Grade 4 I tried to make the junior primary choir but got chucked out unceremoniously. End of singing my career. But oh my, do I love listening to good music and singing.

The longer in my life I listen to music, the more I develop an awareness of the emotional influence music has on people. How it affects our psyche. In fast-food places they play pacey music, making you involuntarily eat faster, aiding them to clear the table quicker for new customers while a one-sitting fine-diner will play soothing, relaxing music, keeping you lingering to order more wine. And dessert. Sometimes you hear a song with so much emotion, pathos, and feeling, it makes you long for people you don’t even know, places you haven’t been.

Music furthermore is a mighty tool to help develop people’s potential. That’s something Executive Director of Hortgro, Anton Rabe was aware of when he steered Hortgro to launch his brainchild, Agri’s got Talent, in 2014. Because, although agriculture is seen to be a business about producing food, it is in essence all about the people producing the food. Happy people produce healthy apples.

“The feedback we get from contestants on how they are able to plough their gain back into communities because of newfound confidence and life skills, as well as being role models for their people, is so heartwarming. I also believe we managed to add new dimensions to the competition with newfound post-event sessions – both for individuals and as a group – in the months after the competition by experts on the subject of life skills development,” Anton said.

“A reality of modern life is that we’re dealing with a sensation-seeking media machine where great people stories don’t make front pages anymore. AGT is, however, a story really worth telling the world out there. Agriculture is so much more than just produce, pack, and processing. And with AGT, agriculture becomes a people’s story where music is the equaliser, bringing people from all walks of life together,” he concluded.

Apart from singing and music having a positive influence on boosting brain functions, improving motor skills, promoting empathy, and many more, one of the most important influences is that it sharpens self-esteem. In a study published in the Psychology of Music (https://journals.sagepub.com/doi/pdf/10.1177/0305735604041491) kids who received three years of weekly piano lessons scored higher on a measure of self-esteem than kids who received no musical instruction. As Bono from the band U2 said: “Music can change the world because it can change people.”

To confirm, Magdaleen Philander from Nonna Estate near Worcester, last year’s runner-up says: “Before the competition, I thought I had very little self-confidence. But on that Gala-night everything I’ve learnt fell in place and I knew that it can be applied to my life ahead of me with confidence. This is something great coming from someone from a farm. We, as farmworkers should never hide our talents!”

“Did AGT influence you and your singing career?” I asked Zenobia Pietersen from Marianne Wine Estate near Stellenbosch, who came third last year.

“After AGT I believed more in myself and people saw it. To such a degree that, in October of last year, I performed at the Western Cape Agri’s Awards, November at the ATKV “Koker” Awards as well as the Festival of Lights in Stellenbosch and Franschhoek. That was my best!”

And the winner for 2019, Nonku Sambo from KMI Farming between Nelspruit and White River has a great story. Nonku, who started as a general worker on a citrus farm worked her way up to complete an agricultural diploma and is currently an intern at KMI Farming. 2019 was the first time that the Citrus Growers’ Association (CGA) joined the competition as a sponsor. Without that, she wouldn’t even have been in the competition. Furthermore, until she boarded the plane to the finals at the Gala event at the Lord Charles Hotel, she has never flown before. Talking about opening new horizons…

“I’m one shy girl and I didn’t have much confidence in myself, but AGT helped me by showing me capabilities I never thought I had. Like standing in front of a huge crowd and singing my heart out. AGT gives hope to the hopeless: It changes one’s situation, making one’s dreams come true.

“I would advise people to enter because AGT is not only a competition, but it also serves as a learning platform because you get to know the little things that might help you and your musical career in the future. You meet new people that turn into family and the psychological services offered by a social worker during and after the project’s training week makes a difference.”

From humble beginnings in 2014, Agri’s got Talent has grown to a countrywide fruit industry event of stature, last year drawing entries in excess of 100. It’s success didn’t just happen, because like anything in this world, success is fuelled by hard work. And the two pilots flying this event is Communications Manager, Elise-Marie Steenkamp, and Event Coordinator, Thea van Zyl: “Over the years we’ve seen how, by just ending amongst the Top Ten finalists, people’s lives change tremendously for the better, turning them into leaders in their communities and at work. The atmosphere in general on the farms improves because the performer is seen as a part of the farm, resulting in better human relations and therefore higher productivity.

“Our aim is to grow AGT to include all agriculture workers in South Africa and not only the fruit industry. The project has been going from strength to strength and will keep doing so. It is positive, bringing hope and joy. It makes people proud to be in agriculture.”

I salute you Magdaleen, Zenobia, and Nonku, plus all the others over the years for standing up there, singing your hearts out. Agri’s got Talent is a feel-good story. And feel-good is what our country needs today. We are all looking forward to AGT 2020. Entries close on 17 July, the training week is 3-9 October in the Paarl, Western Cape with the Gala evening on 9 October in Somerset West, Western Cape (https://www.agrisgottalent.com/agris-got-talent-2020/).

And should Covid-19 cancel the Gala evening, just remember, nothing can stop the music. Keep calm and keep singing…