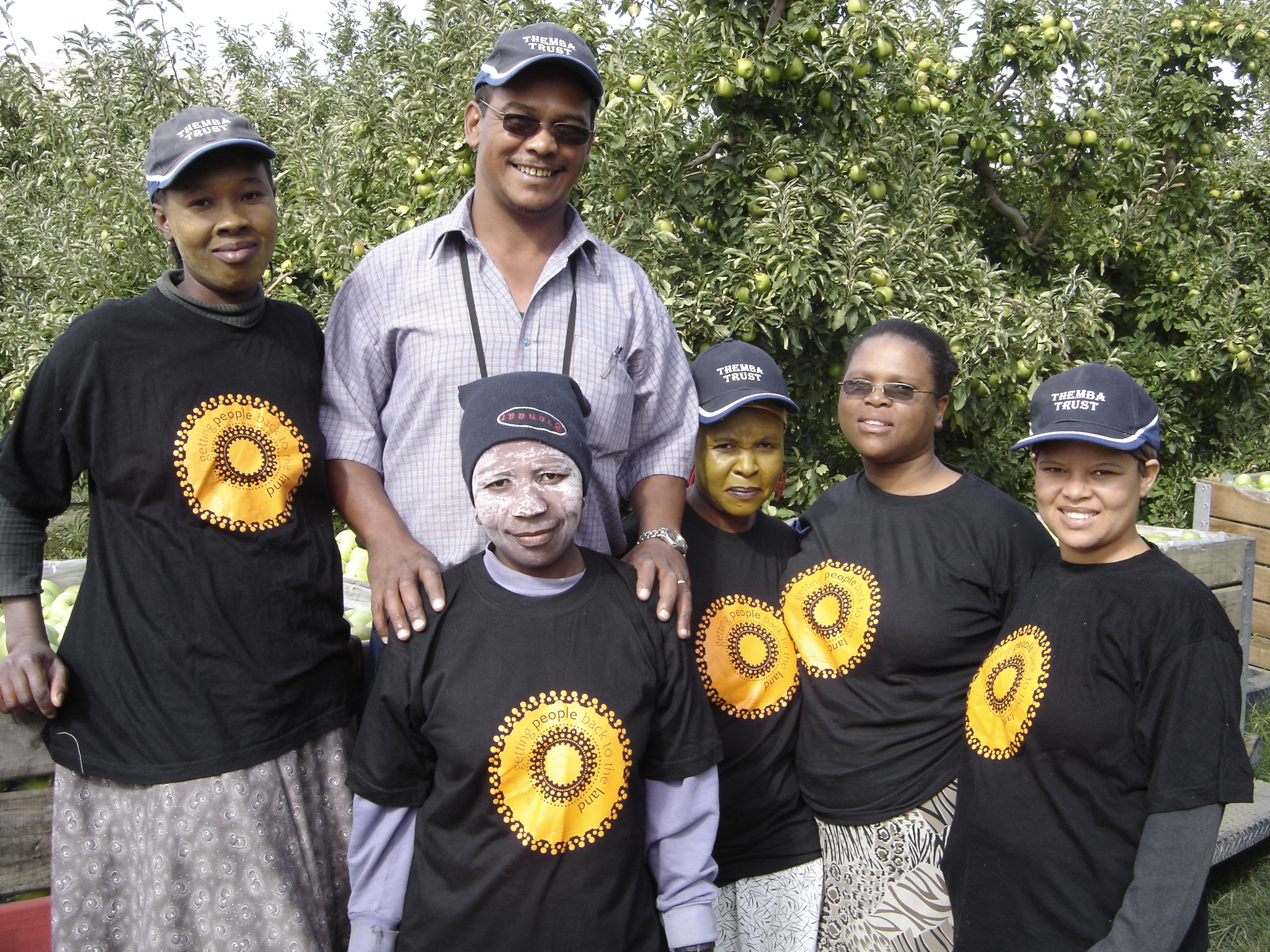 Agricultural transformation and landownership have been serious political issues since the fall of apartheid. Over the years several programmes and projects were initiated, but transformation seemed like an optical illusion. It was there, yet it was absent.

Initially everything was about land ownership, but owning land does not make you a fruit grower,” says Mariette Kotze, HORTGRO’s Group Operations Manager. HORTGRO is the operational body of the South African deciduous fruit industry, a levy-funded organisation with 20% of the levy going towards transformation.

“We soon realised that transformation was never going to work if we did not train new entrants by providing them with mentorship and developing their soft skills,” says Kotze.

In 2009 a serious transition happened. “We re-focused. We realised that the production footprint of the new entrants was too small. In an effort to remedy this we initiated the “boompie-projek” – providing new entrants with high quality deciduous fruit trees to ‘up’ their production capacity and produce high quality fruit aimed at the export market.”

According to Kotze this was an ambitious national planting project of a 1000 ha of new fruit orchards over a five to seven year period.  The total number of hectares established over this period amounted to 449 ha, of which 368 hectares were established in the Western Cape and were co-funded with by the Western Cape Department of Agriculture (WCDOA). The project that ended last year was according to Kotze, one of the most successful transformation efforts made by the industry thus far in an effort to address some of the production issues faced by black farmers.

“The growers got to choose the cultivars they wanted to plant in their area and as long as it was deemed suitable and adaptable within those specific growing conditions and made economic sense to do so, they got what they wanted,” says Kotze.

Each new entrant was entitled to apply once for 5 hectares of planting material or maximum of 6250 trees per unit (planting density of 4m X 2m) over the life span of the project.

The project’s success has its roots in a further partnership between Hortgro and the WCDOA. Hortgro agreed to act as implementing agent for the WCDOA’s CASP funding to further assist, aid, guide and mentor new entrants.

This partnership enabled both industry and government to supply planting material to new entrants, direct the correct resources and support. “We assisted new entrants with land preparation and irrigation, production inputs, machinery and equipment, as well as the channelling of industry expertise and mentorship which created a sound basis to enhance the sustainability of the project in the long-run.”

According to Kotze the total investment in the boompie-projek was R90 million (including Industry contribution, WCDOA contribution and the contribution from the producers where plantings were made) and it is estimated that ±400,000 tons of fruit worth R4.3 billion will be produced over the lifespan of this initiative.

“We can honestly say that in our industry the boompie-projek and CASP funding have made a huge economic impact. Approximately 700 permanent new on-farm jobs were created with a further downstream employment created in packing and cold storage facilities. We had a 95% success rate and considering the highly technical nature of the deciduous fruit industry compounded by the impacts of climate change, we consider this a triumph.”

The main markets for these fruit will be export markets, local distribution and processing (canning, drying, concentrates) based on the characteristics of the chosen cultivars, says Kotze.

Our end game is the commercialisation of new entrants and economic reform. The boompie-projek illustrated that partnerships between industry and government can produce the right results and the birth of a new generation of commercial farmers that will take the industry forward, concludes Kotze.

About growing people… and trees 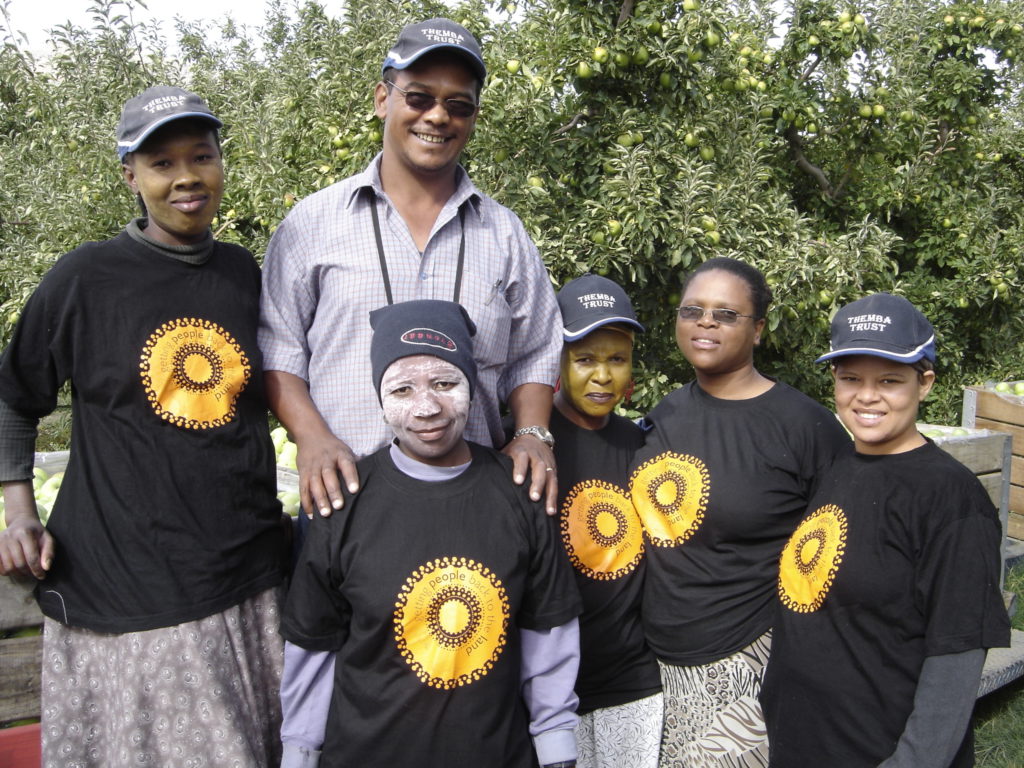 ant, Director of Themba Trust at Bronaar, in the Koue Bokkeveld the biggest impact that the boompie-projek has had on their farm was that it made the 57 beneficiaries of the trust proud.

“Yes, of course the project helped grew the Trust as an asset for the farm,” Galant syas, “but more than that it grew our people ‘on the inside’.”

“It’s that feeling of ownership, of making a difference, of being in charge of your own business and making a contribution to Bronaar as a whole, that was the biggest asset of the whole project.

“That had real meaning especially to the folk that have been on the farm for a long time. To know they are investing in the future … for their children.”

According to Galant the moment that they learnt about the boompie-projek they knew it was a great opportunity. With some help from Hortgro Sundowner apples and Packhams pears were planted successfully. And will within the near future land on the export market.