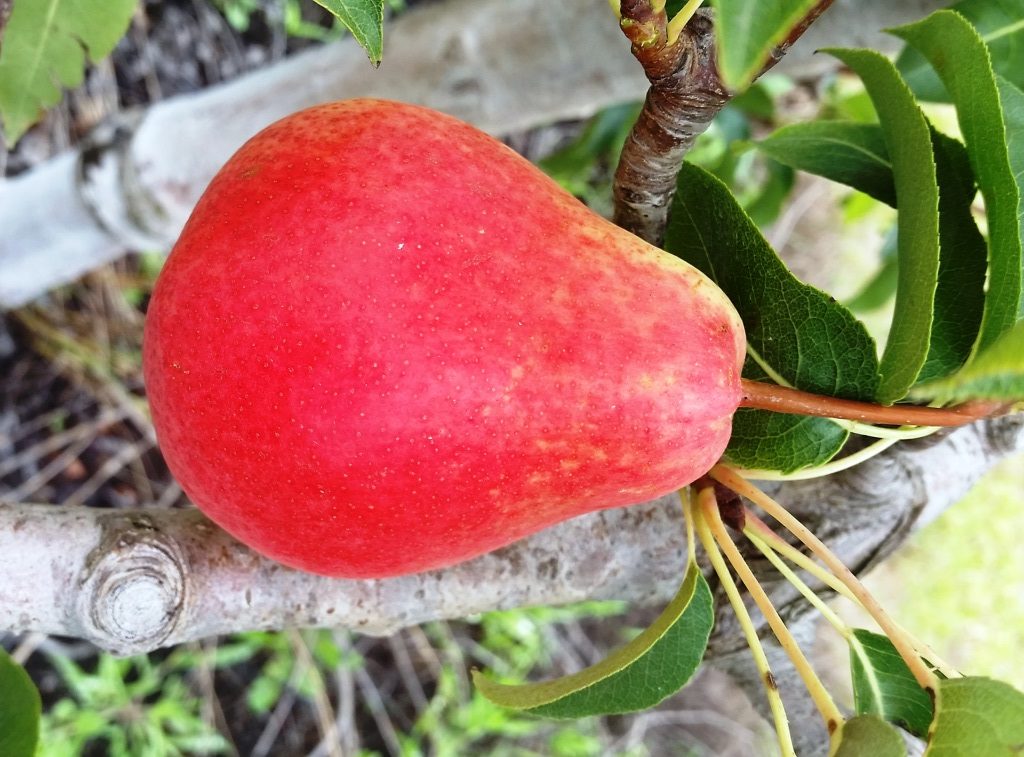 In the 1990’s the first blushed pear varieties were bred and grown in South Africa and have been the market leader for blushed pears ever since. Of these, Cheeky® only made its debut in 2009 and continues to show promise for pear growers.

While the man behind Cheeky® is Taaibos Human from the Agricultural Research Council (ARC), Culdevco was responsible for the commercialization of the cultivar. This proudly South African blushed pear variety was the third significant addition to the range of pear varieties bred in two decades by the ARC and has been making waves ever since. Being an early ripening variety it acts as a bridge between blushed pear varieties such as Rosemarie, Flamingo and later in season Forelle. When Cheeky® entered the market it enabled the industry to have blushed pears available throughout the season.

The majority of Cheeky® plantings are in the Ceres region and take up 51% of total hectare plantings. Wolseley/Tulbach is second on the list with 14%, Villiersdorp/Vyeboom follows with 11% and Groenland and Langkloof with 8%. The rest of the Cheeky® plantings are divided between Groenland, Langkloof East and West, Southern Cape, Klein Karoo, Worcester, and Hex Valley.

After the winter of 2018, another additional 80 hectares were planted which brings the total plantings of Cheeky® in South Africa to 462 hectares. About two-thirds of these plantings are already in the production stage and the rest is in the vegetative stage.  In comparison with other pear cultivars planted over the last 6 years, Cheeky® has shown a 100% growth rate from 232 ha in 2013 to 462 ha in 2018. This added pressure on growers, packhouses, and marketers because of the exponential increase of volumes of Cheeky® fruit and limited timeframe before the Forelle harvest and could have been one of the reasons for more rub and scuff marks during the 2018/2019 fruit season.

Leading exporters of Cheeky® also felt that the volumes of blushed pear harvested between weeks 3 and 5 increased significantly over the last few years. Growers and marketers are encouraged to carefully select pear cultivars to prevent the oversupply of blush pears in the market place especially if the pears don’t have long storage ability.

The red colour development and pack out of Cheeky® this past season was very good. Overall the Cheeky® pear developed a bright red blush easily while the intensity of the red blush is not to the same extent negatively affected by heatwaves in January than other blush varieties. The occurrence of the internal breakdown was limited to insignificant levels when harvested at the recommended maturity (for more detail see under recommendations).

Cheeky® is genetically susceptive to rub/scuff marks if harvested at a too immature stage. In the 2018/19 season there were more fruit drop, more punctures and rub marks on all pears due to high wind speeds and the cooler climate in general during the fruit growing season. Rub marks can increase by having more than one fruit per bunch or wilted branches and trees that are not taken care of. The temperature during picking and packing of pears is crucial to eliminate marks.  Harvest of Cheeky® pears should be done during the cooler periods of the day.  It is recommended not to harvest Cheeky® fruit above 28 degrees Celsius. Growers are also encouraged to ensure their workers wear soft gloves for picking and packing of pears. Cheeky® should also be picked in plastic bins and not wooden bins.  Cartons packed incorrectly is also a big cause of cosmetic unattractiveness and is directly impacted by transportation and further handling.

Markets have been receiving Cheeky® very well because of its attractive blush colour, taste, and especially fruit size. Cheeky® is regarded as a high-value pear cultivar although the prices were more under pressure during the last season, as it were for most other pears as well. Some exporters experienced smaller fruit size on the Cheeky® when compared to previous seasons. Smaller fruit sized Cheeky® unfortunately competed with other smaller size blushed cultivars such as Rosemarie and Flamingo.

Cheeky® achieved high scores in the taste evaluation that was conducted by the Horticulture Department of the University of Stellenbosch a few years ago. The study included other well-known pear cultivars produced in South Africa and Cheeky® received a score just below that of Rosemarie (which was the pear with the best taste), but much better than Forelle. During the past years, there have been no negative comments from overseas customers regarding the taste of Cheeky® and S.A. exporters all agreed that the taste was acceptable for the market.

Recommendations for the handling of Cheeky® fruit

Cheeky® has certainly added significant value to the South African well-known range of blushed pear cultivars in the last 10 years. If growers and exporters strictly follow the guidelines and recommendations mentioned above, Cheeky® will continue to be a favorable pear player in the world markets.