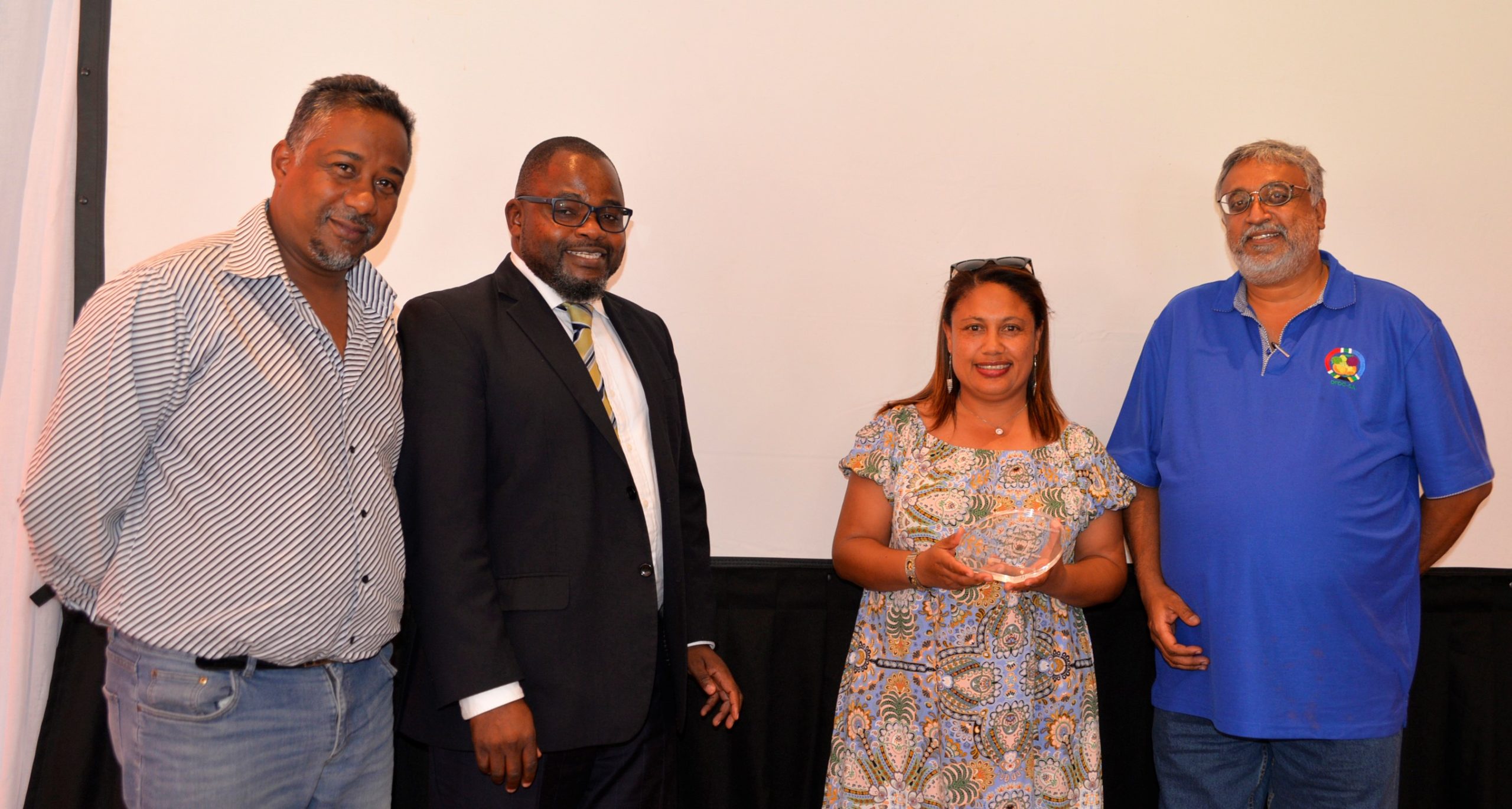 Transformation and economic reform in agriculture are some of the biggest challenges that South Africa faces today and that is why the Deciduous Fruit Development Chamber’s commercialization programme, the Jobs Fund Project (JFP), is such a beacon of hope. The JFP recently came to an end and the trials and tribulations were celebrated by all stakeholders at a function that was held at Houwhoek, outside Grabouw. A total of 21 emerging farming entities have reached commercial status through the project.

The JFP has its roots in the humble boompie-projek that was initiated in 2009 by Hortgro and the Western Cape Department of Agriculture (WCDoA) and through which 760 new hectares were planted over a seven-year period. In November 2015, Hortgro recognising the transformation potential of the boompie-projek, collaborated with the WCDoA and the Jobs Fund, to launch the four-year JFP with the aim to graduate a group of smallholder farmers to commercial status by 2020.

Jobs Fund Head Najwah Allie-Edries said that for too long in our history small-holder farmers and emerging farmers have been excluded from the commercial value chain. “Stuck and struggling to survive at the primary production level. Today’s celebrations are about the specific actions that had been taken to change the farming trajectory of farmers that participated in this programme.”

Allie-Edries said that the Jobs Fund launched dedicated agri funding in 2015 to catalyse change and break down the barriers to entry for emerging farmers. “The Jobs Fund wanted to support innovative initiatives that would begin to catalyse systemic change in the agriculture sector. The DFDC’s commercialisation programme responded well to our call to action. The programme’s objectives were closely aligned to our own. The establishment and success of 21 entities despite a severe drought during the implementation phase is testament to the grit of the participating farmers.”

According to Allie-Edries, the programme has been instructive in demonstrating the importance of strategic partnerships that work on farm level. “The JFP showed the value of mentorship and the willingness to adopt new ideas. This has helped to build a pipeline of future farmers. A lot more work is required from all of us, and the road ahead will not be easy, but let that not stop us from reflecting on the incredible achievements of this programme and the valuable work that has been done. The efforts of the men and women who worked tirelessly towards a more inclusive agriculture sector.”

Dr Mogale Sebopetsa, HOD of the WCDoA, applauded the farmers and the industry collaborators. “Agriculture is the sunrise sector. It can bring jobs and economic stability to our country. It is well-placed to lead the economic recovery of our country from the front. The ending of the project is not the end of the collaboration. We invite you to bring more projects of this calibre. We are ready to partner again.”

DFDC Chairman, Ismail Motala, said that South Africa has one of the best deciduous fruit industries in the world. “Although the project was not without faults, we have learned and we are ready for more challenges. Climatic conditions in the Western Cape are putting pressure on us and we have to expand the industry to other provinces and share our knowledge with them. The growth potential for deciduous in the rest of the country is huge.”

Mariette Kotzé, Hortgro’s Group Operations Manager, said that in her own reflection two key concepts spring to mind regarding this ambitious progamme.  “The first being disruption in forever changing the way that economic development initiatives are planned and rolled out making the farmers more responsible and accountable. And secondly, opportunity.  Opportunities to grow and develop at an individual and also on an organisational level.”

JFP Manager, Chrismaine Abrahams, said that the four-year project reached most of its targeted outputs, despite the drought that had a big financial and emotional impact on everyone. The JFP set out to create whole-farm development with technical and mentorship assistance. In some regards the replacement and establishments of new orchards. Job creation and increased market access to integrate into the whole value chain. “We are incredibly proud of everyone’s momentous efforts,” Abrahams said. “The actual outcomes speak for itself.”

The JFP’s success is also reflected in the accolades and awards that several of the farmers received over the years.

Raymond Koopstand from La Vouere won the DFI’s New Generation Award in 2019 for his exceptional performance and intelligent decision-making as a new entrant to the deciduous fruit entity. Errol April from Amanzi won the same award in 2017. And in the Toyota New Harvest competition, JFP beneficiaries have over the years overshadowed other competitors. Former winners include Ricard Myburgh (2017), André Cloete (2016), Jacky Goliath (2015), and Trevor Abrahams (2014).

According to Chrismaine Abrahams, the overall challenges the project faced included ineffective management on some farms; cash flow constraints; inability to meet project targets in terms of job creation; poor communication; and lack of ownership and participation. We have learned a lot and that will guide us with future projects, Abrahams said. Some of the learnings include: Constant re-evaluation of assumptions made during the planning phase; The importance of strategic partnerships; Sufficient provision for maintenance of young orchards; Determining other sources of funding; Planning for unexpected; Allowing for flexibility in the implementation plan to adapt to changing conditions; The duration of the implementation period was too short to create the desired impact.”

The Deciduous Fruit Industry (DFI) through its various industry associations and structures developed and adopted a transformation agenda in 2001. At the time, this agenda was agreed on by a range of stakeholders and was based on economic, social, community development, training, and the provision of industry capacity and funding to support and execute activities in this sphere. This agenda has since been revisited on a number of occasions and forms the backbone of the industries’ current (2019-2023) four-year strategic framework required to motivate and utilise statutory levies.

The culture and ethos that run in the South African Deciduous Fruit Industry’s (DFI) DNA embrace the challenges that transformation brings, and is echoed in Hortgro’s vision: Inspiring, Inclusive Growth and mission: To create an enabling environment to enhance equity, sustainability, profitability and competitiveness.