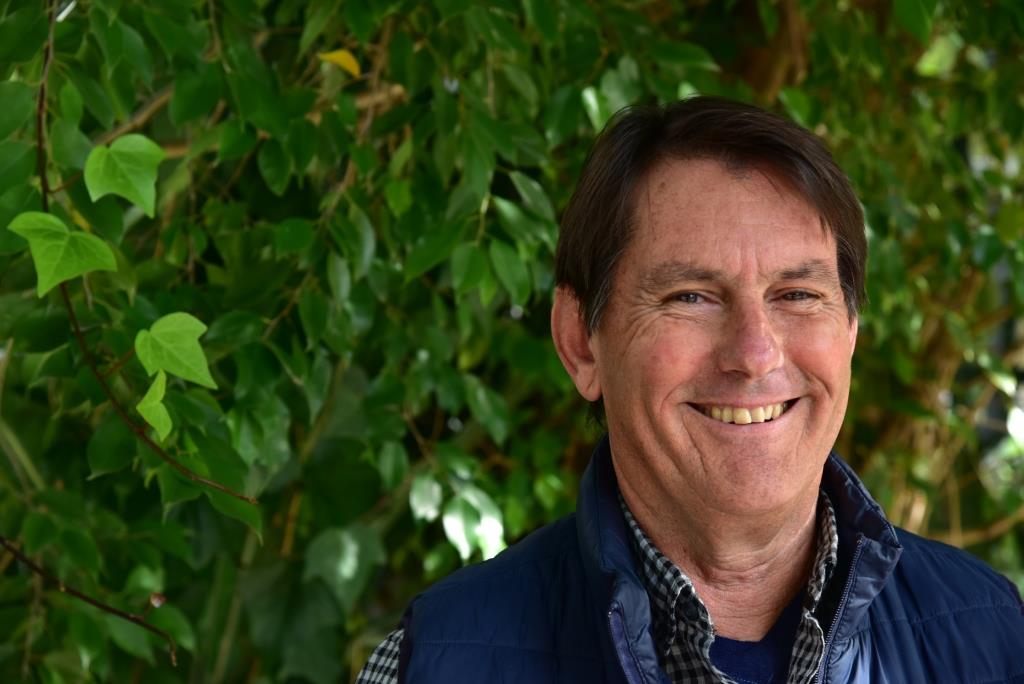 He is formally leaving the world of fruit after a long and adventurous journey. You could say it began when Granny Smith was still a teenager, but more accurately, it was in 1976 when he started working on an apple farm near Grabouw with Dutch owner, Kees Post.

“I started off digging trenches, working like an army troep, but refused to give up, and eventually worked my way up into farming apples with Kees Post,” Gerard says, looking at his hands, remembering the callouses. After eight years he moved on to work for Henry Kuiper, the father of Adriaan Kuiper, the cricket star (read Adrian’s story here) on their apple farm. The next move was becoming a divisional manager at Anglo American Farms in Groot-Drakenstein. He never left this valley although Anglo American Farms decided in 1998 to get out of fruit farming altogether, focusing on wine.

“The five of us who used to make up the Anglo fruit farm division was retrenched. We formed our own company, Imibala Orchards (imibala meaning “many colours” in Xhosa). So, we had the company, we had the expertise needed, but we did not have the orchards our company’s name stated.”

However, nothing was going to stop them and they went to Anglo with a revolutionary proposal. The big corporate still owned the huge orchards in Groot-Drakenstein and Vergelegen (Somerset West) but they were out of that business. Imibala offered to rent these orchards.

“Call it rent-a-tree, but a win-win for both parties,” Gerard laughs.

From there Imbala went from strength to strength, eventually buying three farms, Junction at Saron, Erfdeel near Piketberg and Klipkuil near Montagu. At one stage Imibala was the biggest single exporter of plums, touching 400 000 cartons out of South Africa. They purchased another property in Groot-Drakenstein where they developed a sizeable pack house operation for their plums, citrus, and pears. Pome fruit was sent to Kromco to pack. It was an excellent business model doing well for more than two decades; although the pears diminished when Anglo sold Boschendal.

Gerard has now formally left the fruit industry, but will never not be connected. He has been like that all his working life. While grinding out a career for himself, he was involved, first as a member of the SA Apple and Pear Producer’s Association. Then he got appointed to the board and when the Association morphed into Hortgro, he was there, making him one of the longest-serving board members of Hortgro.

If you would ask him what is the formula that made him a success and that will make the new generations to come as successful, he’d hesitate, smiling and then say there is probably no formula.

“I think it’s actually all about basic human principals; first in line is honesty, hard work, planning – with that I mean to know yourself and know where you want to go. Be good to people, but start with yourself. Remember love, in all its forms, is actually a verb, you’ve got to work at it. And good old vasbyt; never give up. Be humble. Everything in life has a cycle. After 10 year’s of farming, you’ve only done 10 cycles. You still have a lot to learn.

“I think there are tough times ahead, but we have had our share as well in the pre-apartheid years. Those years it was sanctions and isolation. These days possible land reform and climate change; we had one of the heaviest droughts and stone fruit was badly damaged. Every generation has its threats. And for the future, I believe water management is key. Water is not a right. You’ve got to buy it, or earn it. Look at the Israelis, they’re excelling.

“My advice to new people wanting to enter the fruit growing industry is to make a paradigm shift. When my generation was starting out, the dream, and thinking, was to begin with a farm. There were fewer people, more land and it was affordable. Today there are so many more fields developed in the fruit industry. Science, research, development, packing, marketing and more … many opportunities to enter the business of fruit. Make the shift. There are many degrees and other qualifications. Get your papers, work hard and smart, and you might end up with a farm.”

But for now, Gerard is out of here, doing the other three passions in life he loves: playing his guitars, surfing, and cycling. Just last weekend he was off to Muizenberg on Saturday morning for a few hours of surfing. Back home, he donned his mountain bike for 50 kilometres of jeep and single track. Sunday saw him off to Strand for another surf, followed by 60 km to Franschhoek on the bike. Ending the day with a strong riff on his Ibanez American Tobacco guitar.

“Yes, that’s more or less where I’m at. End of the month I’m going on a three-month cycling tour from Amsterdam to Lisbon in Portugal. After that and being back, I’d love to help to cast a helping eye in the industry on whoever needs an eye!”

At Hortgro we want to say to Gerard a big, big thank you, and bon voyage. Enjoy your new life … well … cycle.