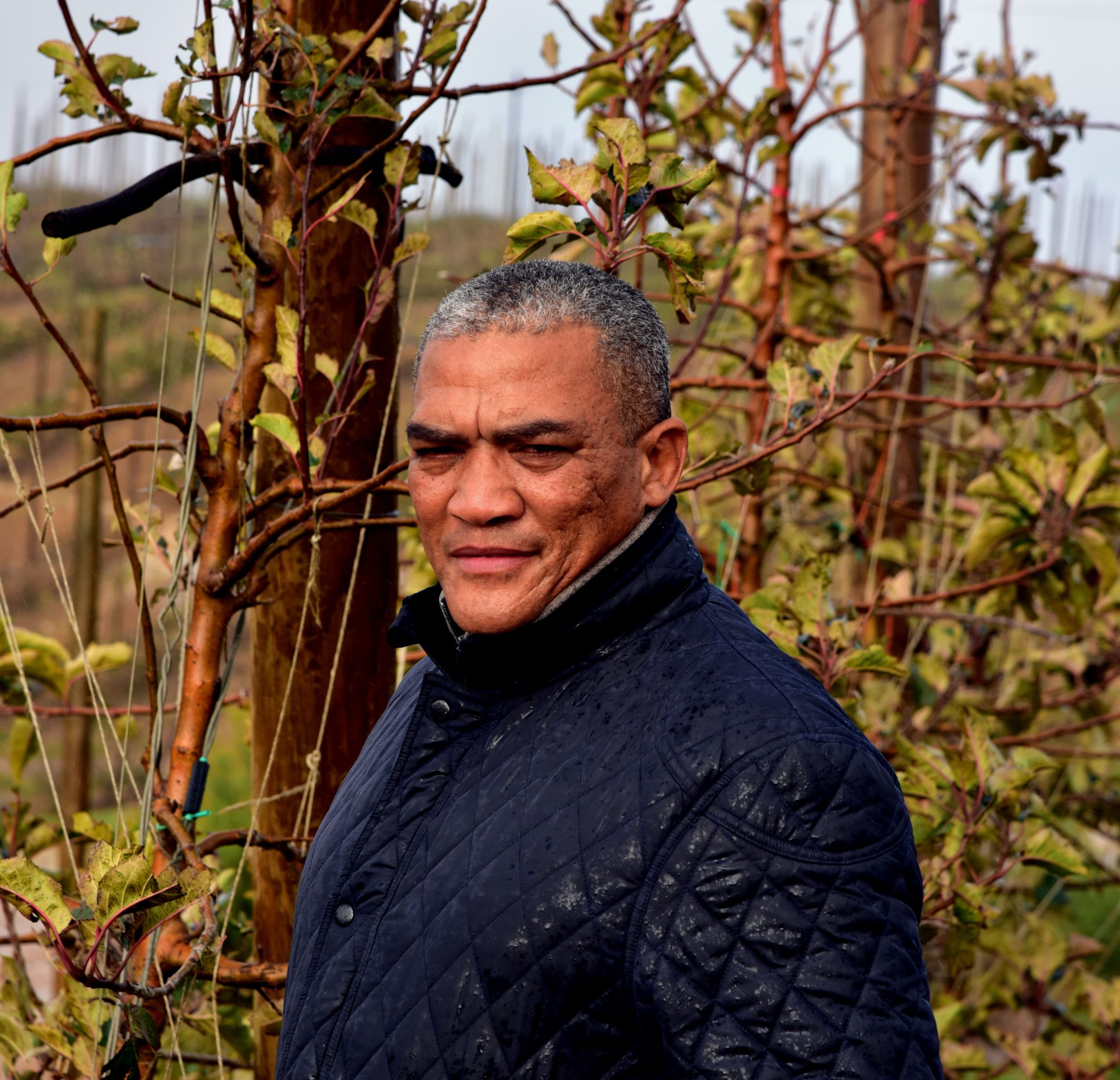 There is a contentedness about Derich Priga. Unlike many people out there in this world, he has never entertained the idea of being the victim. Neither has he ever victimised anybody. He took the world as it presented itself to him and, until now, has made the best out of whatever came his way. Since the beginning of his life, he was rock steady and sure of the important things. Topping the list is his God. Another thing that has been with him for a long time is being involved with helping to provide.

“I think it began with the stories my mom and the family told about Grandpa and his business supplying people with milk, veggies and produce. He supplied to the majority of Grabouw’s residents.” Until 1950 when the Group Areas Act kicked his grandfather and his business out of Grabouw and into Pineview where Derich grew up.

“So then my father developed a business, Johnny’s Spares with Johnny the owner, selling motor spares and eventually I was working for them. Many Grabouw farmers bought from us.”

One day a certain Du Plessis, manager at Mizpah Fruit, was busy buying spares and asked Derich out of the blue if he didn’t feel like coming to work for him at Mizpah. Derich knew this was not out of the blue, it was meant to be. His road to learning his calling had begun. At that stage, he only knew two types of apples: a green one and a red one, but he was an avid learner, getting to know his cultivars, how to treat them and the art of packing them. After five years he moved on to Melpack and they then later enrolled him to do a management development program (MDP) at Stellenbosch University. At Melpack, which is part of Fruitways, Derich became the logistics manager. Eventually, Hein Keulder, CEO of Fruitways promoted him to packhouse manager.

“This worked well because around the same time after 1994, myself and some other wannabe fruit fundi’s formed Klipfontein Agricultural Trust and applied to obtain the farm Klipfontein that belonged to the state at that stage. It was one of the first land reform acts, but the land and storehouses were derelict. Becoming packhouse manager at Fruitways gave me a shortcut.”

Together with his son, Marlon, they started to develop a packhouse from an old store. Derich resigned from Fruitways and, with all his pension money, they started a fruit packing business. Buying fruit in to sell is relatively easy, but getting the right markets to sell to at the right price, is the challenge. To be able to trade, he was selling 90% of their fruit to municipal markets. He learnt the hard way that it was not a good place to be. Some of them offer R80 a carton, but when the whole assignment is delivered, you end up averaging maybe R30. And your cost was R45.

“You see, you buy fruit in on credit and if you make a loss at the markets, you start sliding. Everything is rather high risk. If you buy fruit in, you’re not always 100% sure if every fruit in the bin you’re buying is top-notch. But you can’t … well, un-buy it.  Before we knew it, the money had run out. I couldn’t pay my suppliers back. It was horrible, having to look somebody in the eyes, not knowing how to tell him you can’t pay him.

“However, I believe everything in this world happens to you because it is supposed to happen to you. From 2015 to 2017, the road got tougher and tougher. Which made me and my family stronger and stronger. Stronger in our will to survive and stronger in our faith. Not once did Marlaine, my wife, or my kids accused or blamed me or each other about the state things were in. In fact, we got closer, hanging in there. Together. But it was tough. I mean eventually, I knew every bailiff in the area’s cell number! Every time a bakkie comes up the road, your blood pressure goes up. Is it a farmer demanding his fruit money or is it a bailiff coming to list yet another piece of equipment?”

However, the longer this carried on the calmer Derich became. He was full of faith and at peace, searching for a solution, knowing it would come. Learn, pray love … At one stage a debt collector came to repossess Marlaine’s vehicle. Derich enquired how the process worked because this was a first for them … Apparently, they take the car to a shed in Brackenfell and until it is sold, the person who’s car it is has to pay an additional R3000 per month storage. On top of the installment. When all your funds are already depleted. Derich just laughed, shook his head and said no, this is not going to happen and asked for one week’s grace. Reluctantly the debt collector agreed. Until Tuesday the next week, then. Derich did not have the money outstanding on the car. But he had faith. And a week’s grace …

At this stage, everything had come to a halt on the farm. No fruit. No packing. No business. No money … For three years. So having nothing else to do, they went to visit his mother in Grabouw on Tuesday the repossession was due. She was agitated, not only about the state they were in but the calmness with which they treated it.

“Don’t worry Mom, God will send him to the Northern Cape and occupy him,” Derich said, referring to the collector. Why he said that he didn’t know. Then.

And so Tuesday came and went with no dooming phone call. By Wednesday morning Derich thought, well he might as well get it over and done with and called the debt collector.

“I couldn’t get the money, do what you must. Come collect the car.”

“I can’t now, Mr Priga, I’m on another case in Upington in the Northern Cape,” he said. Derich looked towards heaven and smiled …

Before the collector came back from Upington, an old client of  Derich unsuspectedly paid an outstanding debt. Monday morning, when the collector arrived to pick up the car, Derich invited him into the office to witness Marlaine doing an electronic transfer to the bank, bringing the installments up to date.

“That was another miracle from God. However, soon after the collector left without the car, a bailiff pulled in, ready to write up my forklift and other equipment for a client of mine demanding money. He got everything ready for an auction. But I was calm. In my heart, I knew nothing was going to leave this farm.

On the contrary, something was added to the farm. A business partner. Michiel Prins from Stargrow Nurseries bought in two days before the auction, stopping it. With Michiel on board, they changed tactics. They planted their own orchards. In just two years they have established over 40 hectares of new varieties and in 2020 we will resume packing.

Michiel says: “Stargrow decided a few years ago to get substantially involved in transformation in agriculture and Klipfontein is a good example of such a project. Considering that a project such as this is in line with our integration in the value chain, making it a win-win for both parties.”

The new team will only start packing again when their own fruit is ready, thus knowing exactly what they’re packing. Thereafter they will start to pack for other farms in the Stargrow group. Only thereafter will they consider to pack for selected outside clients. This will ensure the lowest risk and highest return on investment.

“It was a long and winding road with lots of school fees. But we were never alone …” Derich concluded.