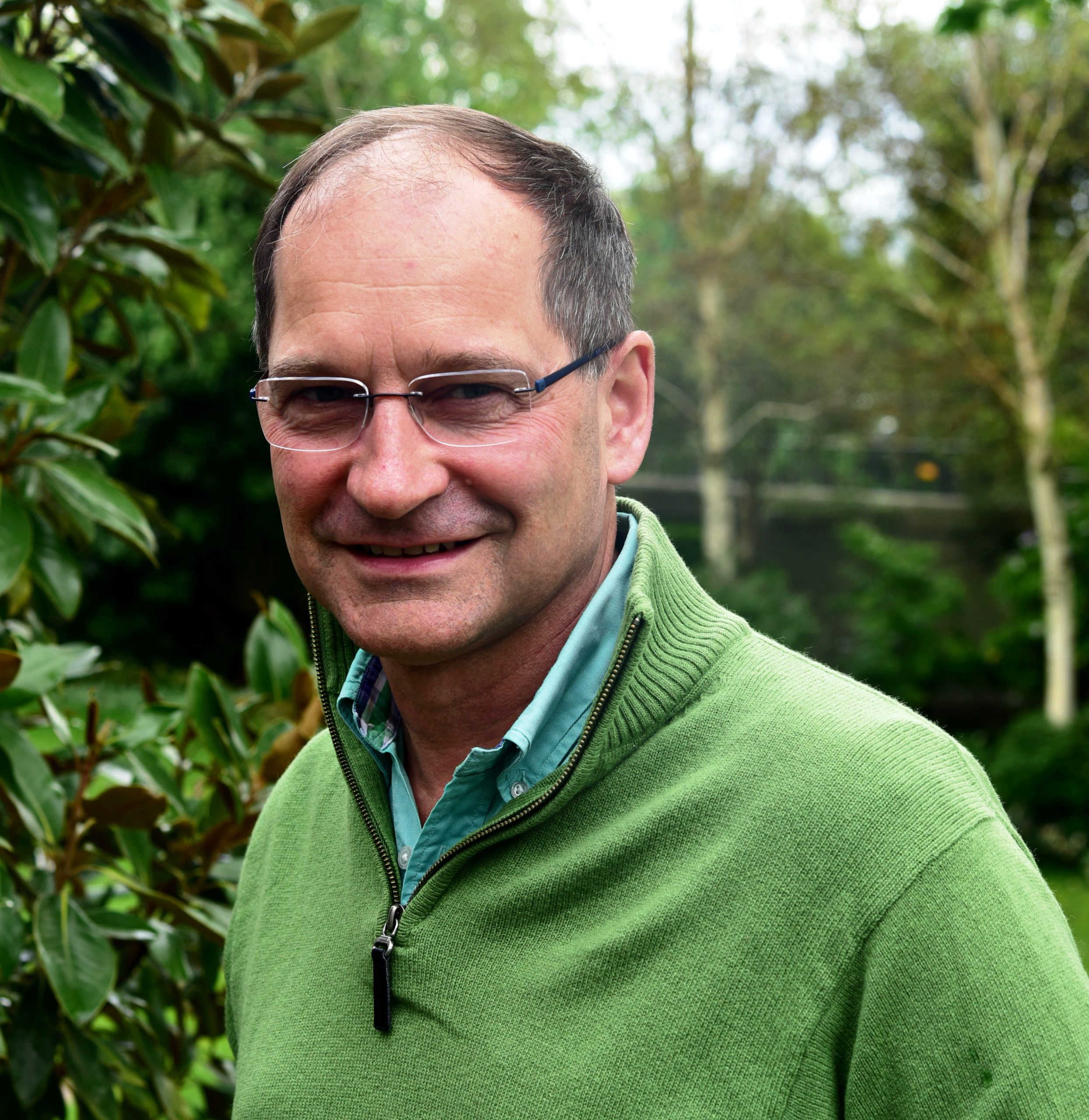 Pieter Graaff won the coveted O.S.H. Reinecke Industry Leader Award at the Deciduous Fruit Industry Gala Awards 2019. Deservedly so, but success didn’t happen overnight. It consists of a chain with many links; a great story with many chapters.

“Eight years shy of three centuries ago, the first Graaff arrived in the Cape of Good Hope from the upper reaches of the Danube, close to what is Austria today. That was the first link in the chain,” Pieter begins the story of him being one of the most successful fruit farmers in the Western Cape today.

He can claim the Western Cape as his home turf as the Graaffs before him never took the north, going only as far as Villiersdorp. His grandfather, David Pieter De Villiers Graaff, was one of the first to return back to Cape Town, starting a butchery with an uncle on the beach. Literally. That butchery was where Strand Street is today.

Apart from becoming mayor of Cape Town, his grandfather also established the first power station and along with it the first cold storage facility in the Cape (it eventually became Imperial Cold Storage) in order to allow him to increase his meat business which leads to more butcheries all around Cape Town and more farmland to raise cattle. Eventually, he bought De Grendel near what is Durbanville today. Pieter’s father was one of three brothers that grew up on De Grendel. It is still a Graaff farm today producing world-class wines, but at first, it was to host Grandfather David’s hobby of breeding Arabian horses. Farms, farming, and business (politics to some, but not all!) have always been in the Graaff blood.

“My father, Jannie Graaff, was an economist working in the city but wanted to keep farming an integral part of his life. He loved mountains and he knew the water was essential to produce apples successfully. In 1954 he bought De Eike in the Witzenberg Mountains in the Ceres district after careful research. It was new territory for apples then, but I believe it’s the best area in all of Africa for apples.

“I was born a few years later and ever since I can remember I went to the farm almost every time he did. Very early on in my life, I already had the dream to become the best apple farmer ever.”

Pieter’s father taught him that successful farming relies on three core parts. Firstly, you need the best possible land that you can acquire with the right soil, climate and water for what you plan to grow. Secondly, you need to get the best product you can lay your hands on fitting into that climate and water source. In their case, it was apples, pears and to a lesser degree stone fruit. Thirdly and possibly most importantly is attention to detail.

“As a kid, I never went on a seaside holiday, but it never bothered me. As soon as we broke for holidays we were off to De Eike where I spent my days with my dad. The time with him on the farm was the best quality time any child can ever wish for. He also never forced me into farming, it just came naturally to me.”

Pieter recalls how his father – with his doctorate in economics – used logic and common sense to design the dams and irrigation systems. He first established what would work, then he got the specialists in.

“But most of all I remember his soft spot for the workers. Unlike the norm in those days, he not only knew his workers well but also their wives and families; even their nicknames. And he always listened to their problems. I learnt that from him because he made me realise that, if you don’t like people, you shouldn’t farm with apples.”

Pieter’s father was the first, in a time when there were no regulations, to build decent homes for his workers. Homes with electricity, hot and cold running water and flushing toilets, creating a lifestyle worthy of good workers. At first the surrounding farmers were annoyed with this precedent, but eventually, it rubbed off on them too. Pieter learnt from him that it is fundamental to look after your people. Then they will look after your apples. A chain reaction … Pieter took that even further and today his farms all have crèches, after-care centres, community halls, and sport facilities.

After school, Pieter ended up in the police force for his national service and after basics, the SAP didn’t know what to do with these recruits so they were all posted to the station closest to where each one lived. He ended up in Prince Alfred Hamlet, spending the rest of his service visiting all the farmers, getting to know them and how they went about farming. He discovered the next link in the chain: you need to learn from others. What he discovered is that the farms with the worst housing had the most problems with their workers.

“Thereafter I had to choose a direction for my tertiary studies. I followed my dad’s example and enrolled in B.Com. When farming, you can always get an expert in to help you with your produce, but you really need to look after your own finances. You can much easier be misled with finances than with cultivation because nature will show up your problems and weaknesses.”

After his B.Com he studied towards a post-grad as a CA, but then in 1983, his father was offered a fellowship at Oxford which he accepted. This meant that he had to sell the farm. Pieter was devastated by the idea.

“What’s the price, Dad?” he asked very presumptuously, knowing his father will not just let him have it. You have to earn your dreams.

With an interesting scheme revolving around redeemable preference shares they worked out a deal, including a discount should he be able to redeem earlier than the contract. Which he did.

“The industry went into seven lean years at that stage, counting in my favour, with the weak rand specifically. At that stage, I was farming 200ha of fruit. Today, 36 years later, it has increased six-fold to 1 200ha. I started with Goldens, Reds, and Grannies. But I didn’t produce Royal Galas, Pink Ladies, Braeburns, Jazz, Envy, Kanzis, and Sundowners yet. Today they are important players. Talking pears, Forelle was very small with Williams bon crétien the big one. But when canned fruit lost its popularity, the market changed. Which brings me to the next point: understanding of, and adaptation to the market.”

However, the best possible product is only the beginning. This is where the value chain becomes imperative. Pieter, for instance, bought into a nursery, giving him input, control over new tree quality and better pricing. He is a member of Ceres Fruit Growers with a 35% voice; he is involved with Ceres Fruit Processors, having been the chairman of both organisations for the last 20 years. He has now also been the chairman of Tru-Cape for 15 years to help him with the marketing of his and fellow producer’s apples and pears. He is also involved with APL Cartons in Worcester to ensure packaging lives up to his product. On the farm, his dad established a 300ha pine plantation years ago. Pieter erected a sawmill and a pole plant, enabling him to produce all his own poles for new orchards every year. He also builds his own bins for his fruit. Yet again bringing the cost down while giving him control over quality.

“In farming, the first generation doesn’t really make money. Newcomers must be patient. It’s the second generation that can make it count. The secret is that the value chain must always be there. It is not an asset-stripping exercise where you get involved to sell it to an investment group or equity fund to make a buck. The value must always be ploughed back into the farm, creating new job opportunities, growing the industry, growing your business. I call it a grower-owned business.”

“Well, I’m planting new fruit trees on 50ha this year. And cherries! There I am the new kid on the block. So I’m investing in the future. I’m not planning on going anywhere. I still dream about becoming the best apple farmer, ever.

“More importantly, I want to make my contribution to help. We are all here to make a difference by investing in both people and production, to create jobs and thus dignity and purpose to the wonderful people of this wonderful country of ours. I got involved in a 100ha fruit farm near Prince Alfred Hamlet with my workers. They have a 51% share and I have 49%. They run it with my input. And we are making a profit needed to pay off the debt.

“That is the future.”