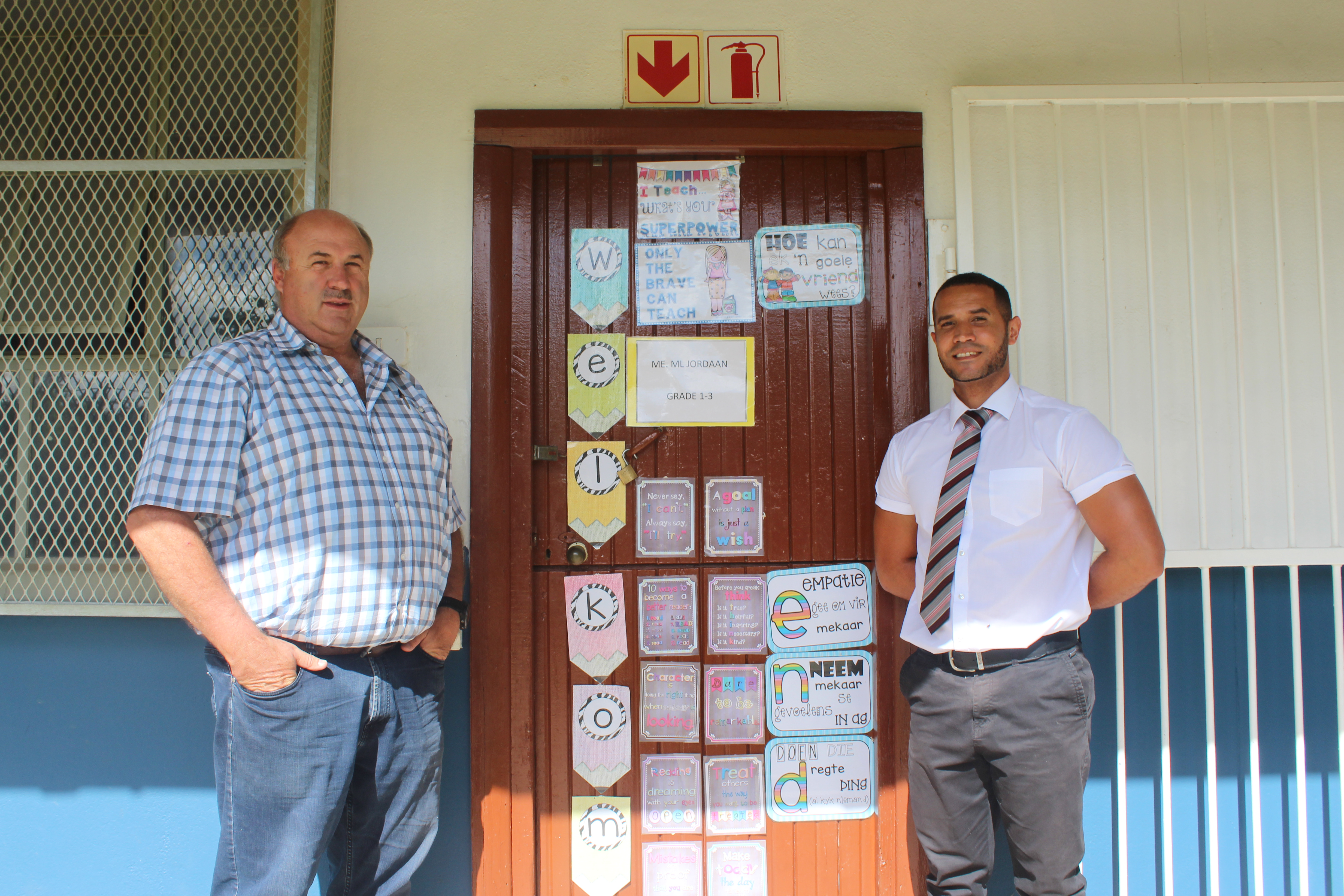 Education is a basic human right enshrined in the South African constitution. However, children of farmworkers often struggle to access schools, owing to a range of factors, including the distance of farms from schools, the cost of education and the absence of transport.

Some farms address this problem by allowing schools on the farm property and helping to maintain them. These farm schools are often the only option for children to get an education. According to a 2015 study conducted by the Department of Basic Education, there are 11 252 schools in rural areas across the country.

The concept of rural schools is not new. But some producers are taking a new approach to the idea of farm schools and actively working to make it a safe place for children to receive a quality education. Hortgro spoke to three schools that are giving farm children access to a top-notch education.

Many rural schools on farms were missionary schools, run by missionaries and farmers’ wives. Laastedrif Primary School, located on Laastedrif Boerdery outside Ceres, started off this way in 1968.

Yet, much has changed. Though the school is small, with only around 40 learners and two teachers, it aims to give its learners as many opportunities as possible.

“In the future, we would love to create a centre where the children learn other skills, like computer skills,” says Laastedrif Managing Director, Rossouw Cillie.

Like many traditional rural schools, Laastedrif is multi-grade, which means learners of different grades are in the same class.

“This is a bit of a struggle,” says the school’s headmaster Dewald September, “but we are small enough that we feel we can give every child enough attention and work through the curriculum. It just comes down to good planning.”

The school has a computer centre, which it hopes to expand on and incorporate more e-learning for the students. One of the main challenges farm children face is transportation, with some having to walk for hours to reach schools. Laastedrif Primary, with the help of neighbouring farms, have a bakkie that they use to transport the children.

September says he hopes to raise funds to buy an actual bus to transport the children to and from school. “We have several fundraisers and the farming community is very supportive of these.”

The school has kept in touch with some of their past learners and know that many of them completed matric. “We are very proud to see them go on and achieve more with the foundation we gave them,” says September.

Anna van Rooi that works in Laastedrif’s loan office, was a learner at the school some 40 years ago. She says that the school provided her with a good education and the opportunity to become a professional working person. “The school was much different then, but it was a good school,” she says.

September concludes, “This school is so important. If it didn’t exist, where would these students go?”

Compared to most schools in South Africa – not just rural – Botha’s Halte is a modern education facility teaching their students about the environment and sustainability.

Botha’s Halte, located on the grounds of Bosjes Trust between Wolseley and Worcester, was started as a church school in the 1910’s. In 2019, the school was revamped into an eco-friendly facility, powered by wind and solar energy with an indigenous garden and vegetable patch for the learners.

“There is no reason why farm workers’ children should not receive a quality education,” says the school’s headmaster, Nicolaas Pedro.

The school has 180 learners from Gr. 0 to 7 with nine teachers. “There are no more than 30 learners per class, as we want to make sure every child gets enough attention.”

The school has a music program and recently introduced a robotics program. It is also investing in e-learning, and every child from grade four to seven has a tablet. Yet, academics remains their top priority. “As we know, children in South Africa struggle with maths and reading,” says Pedro.

According to the International Mathematics and Science study, South African students struggle with mathematics and science compared to other countries. To combat this, the school has held maths and spelling competitions to encourage the learners to take these subjects more seriously. The spelling competition was even broadcasted on YouTube so parents could watch, despite Covid protocols. They also hosted a science week.

“The school isn’t just for the children. It also empowers the community,” says Pedro.

Botha’s Halte also has a school bus for children who fall within the Breedekloof Valley. For logistical purposes, children from further away are dropped off by their parents or community members. “All children from farming communities are welcome here.” Explains Pedro, “We do prioritise children from our surrounding area. The rest must just find their own transport as it is not viable for us to supply everyone with transport.”

Jakes Gerwel Technical High School in Bonnievale consists of 612 learners, of which 416 are in the mainstream schooling and 196 are in the technical field.

The school was started in 2016 by local farmers and business owners who approached the Department of Education to discuss the building of a new school in the town as, at the time, there was only one high school in Bonnievale. “The high school could only take a fraction of the learners that finished primary school and the rest had to travel to high schools in neighbouring towns, or simply dropped out,” explains the school’s headmaster, Albert Mocke.

The community team found land for the school and received 40% funding from the Department. The school has been going strong since it became fully operational in 2018. “We are very proud of our two groups of year 4 technical learners who finished in 2020 and 2021, respectively. Most of them have gotten work and are actively part of the economy.”

In 2021, the school’s first matric class graduated with a 81% pass rate. “These learners completed a career-orientated matric, meaning they could either study further or enter the jobmarket.” The school hopes to achieve a 100% pass rate in the future and a community with 0% unemployment.

You can read more about the school’s background here.