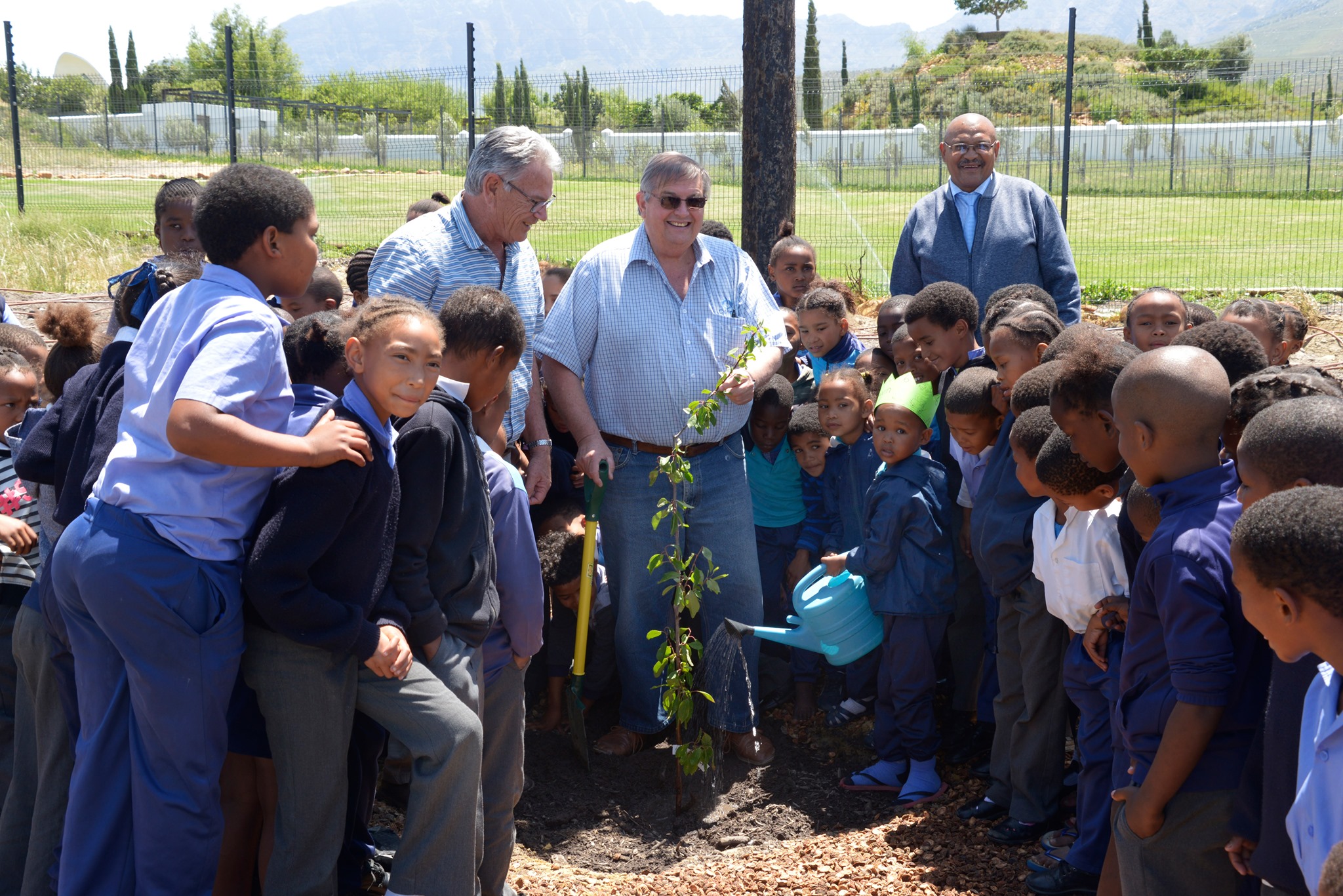 The International Prune Association (IPA) recently planted a young prune tree on the grounds of a farm school, Botha’s Halte Primary School, in the Breede River Valley, a couple of kilometres from where the most successful South African prune variety was first discovered in the 1960s.

The tree, a Van der Merwe prune variety, is considered to be one of the best prune varieties in the world. The IPA recently visited the region and was so impressed with the state-of-the-art farm school on Bosjes Farm that they decided to donate a tree to the school. The prune variety was discovered on a neighbouring farm that belonged to Koos van der Merwe.

The Van der Merwe requires less winter cold to bear a good crop and is better adapted to the main production areas of South Africa which has fairly mild winters with plenty of sunshine.  The first prune trees in South Africa, Prune D’Agen, were imported by Harry Pickstone in 1892. The Van der Merwe variety is a genetic mutation from the original French variety.

The IPA Chairman, Chris Krone, said that the IPA hopes that the children will enjoy the fruit and the shade of the tree. “We want you to know where your food comes from, and hopefully some of you will one day make agriculture your career.”

The revamp of the Botha’s Halte Primary School was initiated by the Bosjes Trust with the aim of creating a centre of learning excellence for the benefit of farmworkers’ children and the greater community. The ‘green’ school boasts its own greywater system, solar and wind energy, as well as water supply.
#education #empoweringouryouth

Read more about the history of prunes in South Africa here: https://www.ipaprunes.org/pdf/History%20of%20prunes%20in%20South%20Africa.pdf