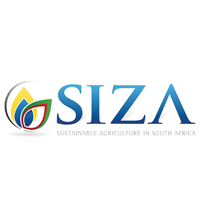 The fruit industry’s ethical trade programme, the Sustainability Initiative of South Africa (SIZA), not only allows fruit growers to remedy weaknesses in their labour practices, but also to prove their fruit has been produced in an ethically responsible way. Support for the programme is growing steadily under leading retailersacross the world.

The South African fruit industry was one of the first in the world to realise the need for an internationally recognised ethical standard. The result was the development of a standard and programme that took into account the unique social environment of South African farming communities, while harmonising the ethical trade requirements of different retailers. The programme, which was officially launched in August 2012,has been dubbed the Sustainability Initiative of South Africa (SIZA).

But why the need for such a programme? Nicholas Dicey, chairman of the South African fruit producers industry body HORTGRO, explained that labour conditions in South African are quite unique in comparison with other countries: “In Europe farms are often only a few hectares big and farm work is seen as a nine-to-five job, with workers leaving the farms after work. In South Africa, however, farms are large and isolated, resulting in many workers and their families living on the farms.”

The industry in 2008 became increasingly aware of the shift in the market towards ethically produced produce and therefore decided to create their own code before other countries would decide to force their ideas of good labour practices ontothem. “We realised it was only a matter of time before the market would require ethical audits from producers, as it was very evident that consumers in first world countries were no longer satisfied with just the fact that their food was safe to eat. They also wanted to know that the food was produced on a farm where the workerswere treated well and earned a fair wage,” Dicey said.

One audit for all

To Dicey the greatest benefit of SIZA, is that it has the potential to reduce auditing pressure on growers. “The fruit industry has over the past ten years been flooded with various different kinds of production audits for food safety and security purposes. At first you only needed one audit to be able to export fruit to Europe, but today you need a range of additional audits for different retailers in the same country. There is a lot of duplication in the requirement of these audits,” Dicey explained.

Dicey’s farming business have been subjected to four audits already during the first three months of this year, costing about R14 000 an audit. Martienet Uys, the compliance manager at Dutoit Agri, pointed out that the Dutoit Agri pack houses on their own were subjected to16audits last year. The group owns farms andfruit as well as vegetable pack houses in the Western and Eastern Cape of South Africa. “We have no choice but to do these audits. If you are a large player like us and you deal on such a large scale, you have to be able to satisfy the requirements of the companies and customers you deal with,” Uys said.

The SIZA code has been aligned with Global Social Compliance Programme (GSCP), which serves as an auditing reference platform for various international companies. SIZA is in effect becoming an internationally recognised standard with an increasing number of leading international retailers.

The result is that growers, who supply these retailers, don’t have to do additional audits to prove their social responsibility. They only need to show their SIZA results to the company, which means that the industry is saving on auditing costs, time and resources. “When retailers know you have passed a SIZA audited, they tend to leave you alone and focus their attention on higher risk producers or countries,” Dicey said.

SIZA also has different levels of compliance. Farms of members like the Dutoit Agri and the Diceys, who have level five memberships, are identified as low risk and their farms only have to be audited every five years. Members with higher risks have to be audited more often, every year or every three years.

SIZA complies with the minimum standards of the South African labour law and in effect allows growers to identify areas where they don’t comply with legislation. Dicey pointed out that farmers are sometimes not aware that they do not complying with legislation, especially when it came to theadministrative side where policies could be interpreted in different ways. He for example discovered during a SIZA audit that their payslips didn’t contain some of the minor required information. “As such SIZA is a tool that can help you improve your systems,” he said.

Uys added that farming is extremely dynamic with a lot of technological advances taking place all the time. Production and labour practices have to constantly be adapted to keep up with new developments, but also to ensure that workers are not exposed to situations that might threaten their lives.

There are for example definite protocols for the use of pesticides. “Workers have to be trained on how to work with chemicals and pesticides. The products have to be stored correctly and equipment have to be calibrated to apply the pesticides at the correct dosages. A safe environment is created through the compliance with these standards and by following the correct protocols,” she explained.

SIZA is also a standard with a lot of credibility, according to Uys.Growers are audited by independent third-parties and during the audit they not only have to prove that all their paperwork and procedures are in place, the auditors also have to interview a certain number of employees to test first hand, whether a producer really does follow the rules.“The audit as such gives growers valuable insight into the sentiment of their workers,” Uys said.

But SIZAalso acknowledges social interventions growers are making to ease the lives of their workers and encourages farmers to continuously look for more ways to accomplish this goal. Dicey said that many farmers take government responsibilities upon themselves to ensure their workers have access to much needed facilities. They provide workers with access to housing, transport, day-care and after-school, electricity, water and even health care. The Diceys for example have a social worker,whovisits the farms once a week, to see to the social health of their farming community.

While it wasn’t the main aim, Dicey hopes that SIZA would in future serve as a tool with which the South African agricultural industry can be promoted. “South African farmers are often villainised in the media, with huge generalisation based on isolated incidents, which are often not even true. With the help of SIZA we hope to gain concrete evidence that most farmers are in fact treating their workers well and in effect address this negative perception of farmers,” he said.

SIZA data, in this manner, could also be used as a marketing tool to unlock new and maintain existing markets.  “As consumers across the world become more concerned about the origin and the way in which their food is being produced, it will become increasingly valuable to have proof that we as a country are treating our workers well and in line with local legislation,” Dicey said.