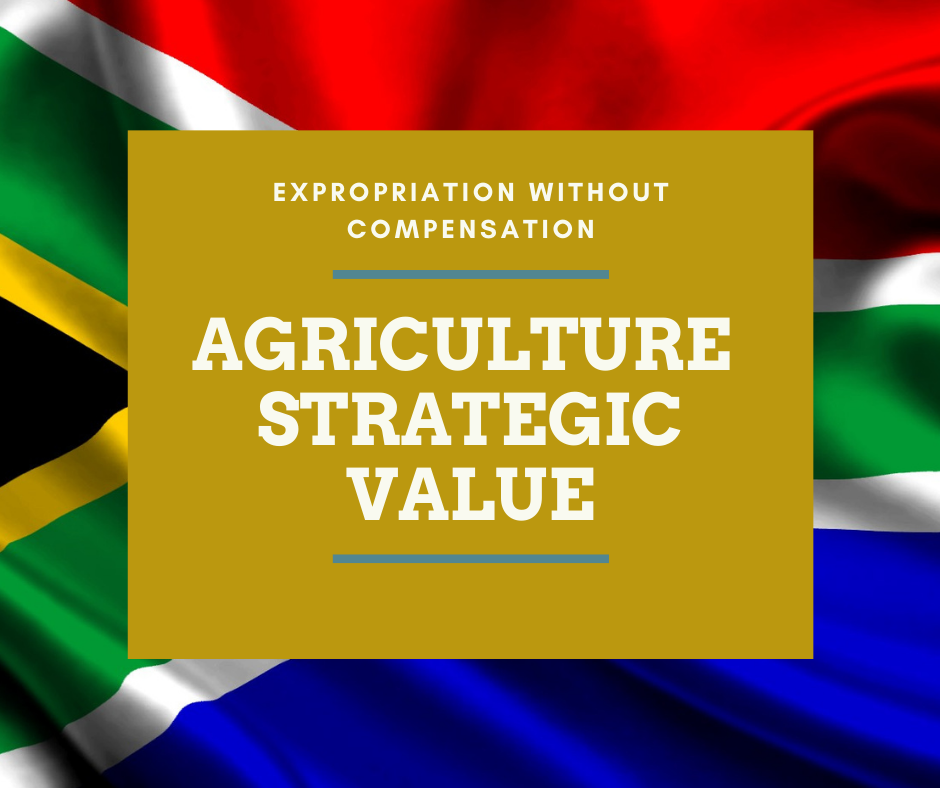 Agriculture as a sector has unmeasurable strategic economic value. And it is unfair to hold farmers in 2021 responsible for historic events.

These were two of the core messages at the recent Agri SA media briefing regarding the controversial proposed amendment of Section 25 of the Constitution and expropriation without compensation (EWC).

“Agriculture is the largest source of employment, and responsible for food security, to name just two of the important roles it fulfils,” well-known economist, Dr Roelof Botha said. He warned that South Africa could suffer serious economic consequences that could cause irreparable damage to the country.

Botha developed futures scenarios about the possible macro-economic impact that expropriation with zero compensation would have on SA. It was pointed out that, amongst others, the decline in the recognition of property rights puts investment in capital improvements of land at risk.

“If the Government continues, financial institutions will have to review its risk exposure to the agricultural sector. It will rob agriculture of its value assets. Banks will look elsewhere and diversify into other economic sectors. Farmers will also not have security to support their loans, and that will lead to further disinvestment in the sector.”

According to Botha’s scenarios, a decrease of 5 to 10% of capital formation will hold SA captive in a recession. “If expropriation without compensation is not introduced this year, the South African economy will grow by 4% or more this year. If this type of land reform goes ahead, we will remain in a recession and unemployment could rise to 50%,” he said.

Annelize Crosby, Agri SA’s legal expert further said that farmers cannot be expected to bear the burden of forced removals during apartheid. “It is unfair to hold South African farmers in 2021 responsible for historical events.”

Crosby’s comments came after the parliament’s portfolio committee for public works and infrastructure’s had an oral hearing in March on the Expropriation Amendment Bill (B23 of 2020) – that will grant the courts the power to give zero compensation for land that is expropriated by the state for public purposes, including land reform.

According to Crosby, the modern international (America, France, Germany) approach to compensation is based on the principle of equality and the carrying of public burdens. With this approach, one or more individuals must bear the burden of loss of property for the general welfare and common good of all. Their individual and the excessive burden should be compensated by the state. If South Africa ignores the equality principle, it will be out of step with most constitutional democracies.

Also, read A summary of industry representations in respect of EWC Bill.