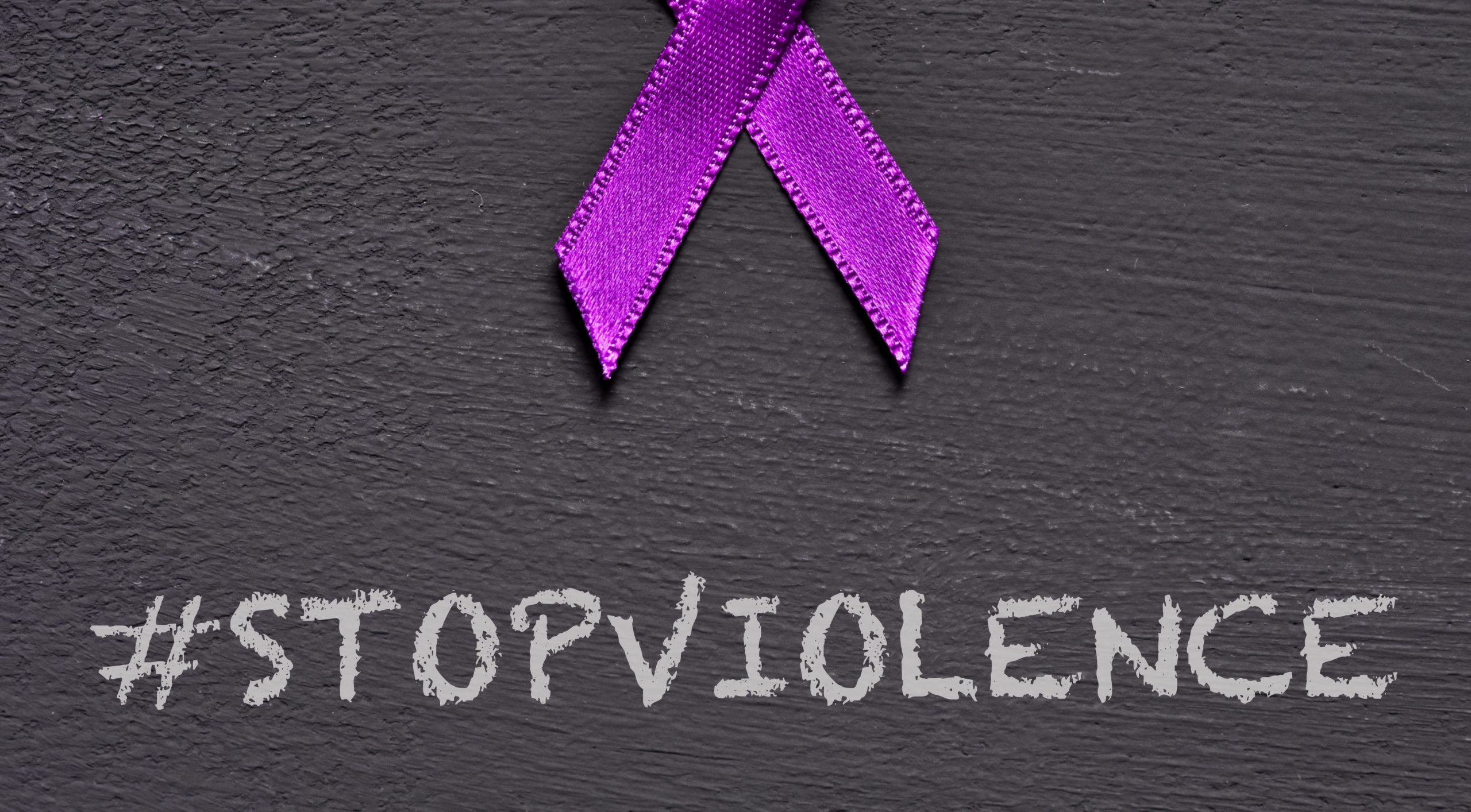 In 2020, President Cyril Ramaphosa deemed gender-based violence (GBV) a secondary pandemic in South Africa with more than 20 women and children murdered in the first four months of lockdown, and five of these cases happening in the month of June.
At the time the President said that the surge of femicide and violence against women and children highlighted the urgency with which South Africans had to re-examine society’s use of alcohol and its tendency for violent behaviour. According to police data, 2020 saw a 1.7% increase in rape with over 53 000 reported cases. In response, the Government made R18 million available in an effort to educate, support, and raise awareness of GBV, and to improve the network of shelters across the nine provinces.

The Fruit Workers’ Development Trust (FWDT) responded by initiating GBV workshops on deciduous fruit farms. The project, facilitated by Procare, a social work group, was launched earlier this year on more than 40 farms in the Western Cape, with more than 1000 participants taking part to date. More workshops are planned for the future.

Wimpie Paulse, Chairperson of the FWDT said that the goal of the trust is to improve the lives of the trust’s beneficiaries who are agricultural workers. “The trust supports projects that are aligned with the trust’s goals and those address problems in our communities. By supporting this project, we educate our communities and raise awareness of a serious problem,” Paulse said. “The GBV project also set out to explain what constitutes GBV and where people can get help.”

Marietjie Bezuidenhout, Procare social worker and workshop trainer, said that the public does not realise how ingrained violence is in the lives of South Africans. “Every 25 minutes a woman is raped in South Africa. GBV is an infectious disease that rots the fabric of our society. Therefore, our main aims were to educate, empower, raise awareness, and inform people where they can get help.”
Bezuidenhout said that GBV does not discriminate and happens everywhere. “It is not necessarily more prevalent in one community than another, but people in rural areas are more vulnerable as they don’t often have access to resources.”

The workshops were attended by men and women and according to Bezuidenhout men, as a group, were uncomfortable from the start. “Everyone thinks that GBV is when a man assaults a woman, but that is only one picture of GBV. GBV also has other faces, including women that abuse men, financial abuse, isolation, verbal, and emotional abuse. These were huge eye-openers for the attendees that often responded emotionally to the information. Some realised that they themselves were currently victims of abuse, and others, realised that their current behaviour makes them guilty of abuse. The workshop ignited life-changing actions.”

According to Bezuidenhout a big part of the workshop was to help attendees understand that they have the power to break the cycle of abuse, by not transferring certain behaviour to their children and by using more constructive behaviour to handle conflict. “Parents, as a group carry an important key to educate children about GBV and should confront themselves daily in their interaction with their children and think about what type of man and woman am I raising?”
The workshops covered heavy topics and were emotional journeys for most. That is why it was important to leave the attendees empowered with resources, she said. “Where can I get help, what should I do when I am threatened? Attendees received a handout package including toll-free numbers for various situations, and we gave them wrist bands with emergency contact numbers. The wrist bands are also excellent conversation starters. We want the attendees to go back to their communities and share what they have learned and in that way educate others and raise awareness. Lastly, they were encouraged to seek support from the social workers in their respective areas when they need it.”

The GBV workshops will continue over the next months and the FWDT wants to encourage farms to get involved and support these workshops.

WHAT THE ATTENDEES SAID:
Anthea Maarman from Graaff Packing, Ceres, said the best thing about the workshop was that she learned about all the facets of GBV. “It also made me think about my community and how often GBV happens right under our noses. I am now much more aware and will definitely help anyone that needs support. Often people are scared to go to the police or shy to seek help, but if we as a community work together we can support each other and put a stop to GBV.”
Maarman also said that social media can be a vehicle for abuse and that one often shares a lot of personal information with people that you don’t know well. “The workshop also addressed our use of social media and what we can do to protect ourselves.”

Colleen Willemse a general worker at La Plaisante, Wolseley, said that nobody should be abused. “During the workshop, I realised that I was a victim of abuse, and with the support of the social worker, I made some tough decisions and got myself out of that situation. Often we are raised in a certain way and we just accept that that is how things are done, but now I know better. Nobody deserves to be abused. As humans, we are learning all the time, and this workshop showed me how to better myself. I also learned how to handle difficult situations better. I am also much more aware of how I interact with my son. I listen to him and his opinions. We are closer now than ever before. The workshop also improved relations with colleagues on the farm. We, as a group discussed what we learned, and shared our problems. The atmosphere at work is much nicer and our productivity has increased.”

Elmarie Fredericks, a general worker at La Plaisante, Wolseley, said that she realised that she is never alone and that there is help. “Often when you experience a difficult situation you tend to think you are alone, but I realise that there is always help and that we as a community should put our hands out to others who need help. At work, we even started a prayer group to support each other.”

Rosemarie Sanda, a quality controller, and monitor at Romansrivier said that the workshop struck a deep chord in her as she has experienced abuse in her own life. “At the time I didn’t know what to do and where to get help. This workshop empowers you. I realised that what happens to you in life does not define you. You can learn from your experiences and it will make you stronger. The workshop helps to change your mindset because bad things that happen to you hold you back in life. I realised that I must speak out because by holding it inside me, it will eat me up and by speaking out, I also set an example for others.”
According to Sanda, the workshop has also improved productivity on the farm as many workers are single fathers, and they now have more skills to cope with difficult situations and improve themselves.

Elrico Willemse, a general worker at Mostertshoek, Wolseley, said that the workshop changed him as a father of two children, a boy, and a girl. “I am not so strict anymore, and I have learned to control my own emotions better. I am constantly aware of how I speak to my children and how I want to raise them. I think about what kind of adults I want them to become. You are never too old to learn and change for the better.”

Percy Afrika, La Plaisante, excavator operator. “This workshop really touched my life and made me realise that I want to improve myself. In my work as an excavator operator, I am often alone and therefore didn’t communicate well. This workshop taught me to communicate better and respect women, children, my colleagues, and my community. I use to swear a lot, and now I have stopped that because verbal abuse is part of GBV. It hurts me to think that my past behaviour hurt others, I never thought about it like that. This workshop encouraged me to become a better person and to learn more about abuse.”

Frank Geduld, a general worker at La Plaisante: “The GBV workshop made me think about my own behaviour towards my daughter. Therefore I have to show her what respect is and what good behaviour looks like. I am a single parent and used to be very strict, but I realised that my behaviour was pushing my daughter away. Now, we talk more and we are much closer. It makes me feel better about myself.”