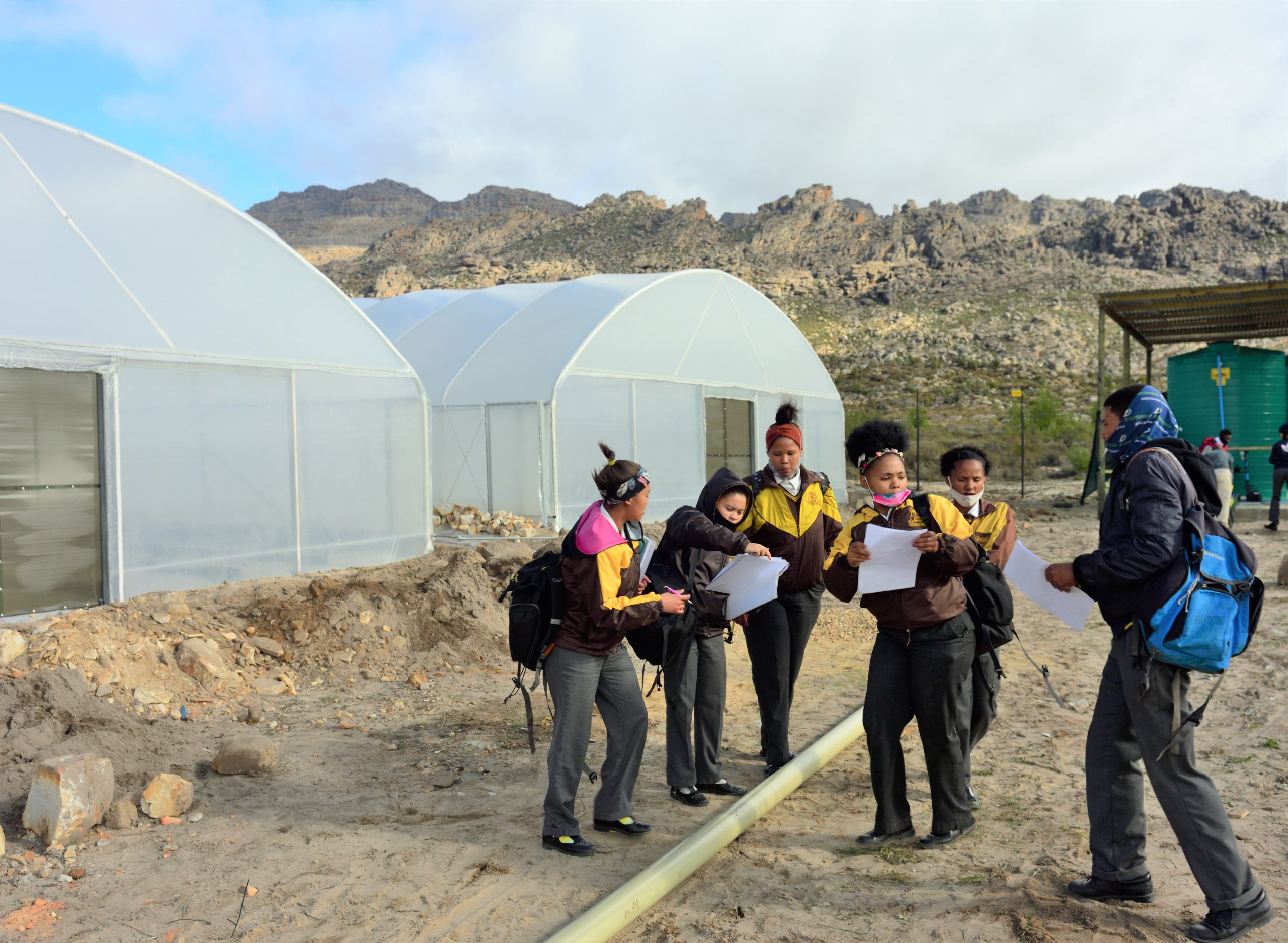 The Koue Bokkeveld is one of the biggest and most important deciduous fruit-growing areas in South Africa. Going up the Gydo Pass you find Op-die-Berg, the heartbeat of this industry at the top of the Skurweberg. Gerrit Rautenbach gave them a visit.

Op-die-Berg is a bit of a phenomenon. Founded only in 1961, it must be one of the youngest towns in South Africa. It is named after the Skurweberg on which it was built. As an agri-hub, it serves a huge and critical area with roughly a radius of 120 kilometres representing more than 60 farms of which about 80% produce mostly deciduous fruit.

Like most rural towns, it all started with the farming community wanting its own church. Before this permission was granted on 25 November 1961, churchgoers had to drive the 50 kilometres to Ceres through the then gravel Gydo Pass. Before the church came, farmers had to truck down that same pass to get stock or to take produce to the facilities in Ceres.

Then came the church. Then the town. The 300ha land on which the town was developed was originally part of Remhoogte, the farm owned and managed by Heinie du Toit and Stokkies Hanekom. Although the secession of the congregation happened in 1961, it took until 1966 for the church to be completed. For those five years, the Du Toits from De Keur made a barn available, complete with a pulpit and a little organ.

Another key institution a farming town obviously needs is a co-op. While they were sorting out the church, this started as a branch of Porterville Landbou-koöperasie. Later on, an amalgamation with Boland Agri Worcester took place and after that, they joined forces with Westelike Provinsie-koöperasie, and ultimately it is Agrimark today.

“Like everything else, the tempo of agriculture is constantly picking up. Although seasons remain largely the same, with development and technology there are always more things to do and less time to do it in. That’s why we have become a bit like a take-a-lot for farming,” says Francois Viljoen, Junior Manager at the Agrimark. They have two trucks, an eight and four-ton respectively, that drive to Ceres virtually every day and come back filled with farming stuff that gets delivered to the various farms. This is a tremendous perk for the local farming managers, because, due to the price of fuel, they are generally limited in terms of mileage with built-in penalties should they exceed their limits.

Close to Agrimark is a clinic that looks after the hundreds of workers during harvest time and is especially important now during the pandemic.  A Covid-testing station has also opened here. At the local Spar, you’ll find virtually everything you need in terms of groceries and take-aways. You’ll also find Moira Galant and Michael van Wyk, two employees that have been there when the Spar was still the Springbok Cafe, then the shop of Mr Berman, affectionately known as “die Jood se winkel”.

“Those days were different. The shop was smaller with less, but they had a special treat. We called it the ‘braai pack’, but it was sweets. Marshmallows, suckers, and toffees in a plastic bag,” says Moira, laughing. “And Springbok tobacco at the Springbok Cafe!” adds Michael. Apart from supplying groceries and take-aways for customers coming into town, the Spar also helps the farming community by supplying stock to the farm shops at reduced prices.

Just around the corner from them, you’ll find another unique hub, most probably the only one of its kind: a huge shed containing a mechanical supply store and workshop as well as Wonderlik, a coffee shop all in one. This is the brainchild of Lize Fabricius and her husband.

As you enter the town from Ceres’ side, you’ll find Skurweberg Hoërskool, another cornerstone of Op-die-Berg. Over the years, many of the learners finished their matric here and left for life in the big city. Some come back after qualifying at tertiary institutions and some after a short period of time. Most of them came home ‘to farm’ in the Koue Bokkeveld. Another great example of close cooperation between the town and farming community is the two new subjects the high school is offering: Agricultural Technology and Agricultural Management Practice. To offer these subjects, the Western Cape Educational Department funded four tunnels for vegetable production, but the farming community assisted with the preparation and erection of the tunnels and will be closely involved in helping the learners to get going.

Talking about the high school, one of the most beautiful anecdotes is the story of one of their learners who grew up on De Keur, the farm of Charl du Toit. At school, this learner was a very talented athlete and all-round sportsman.  After finishing matric he was quite unsure what to do with his life. One day Du Toit played golf with Jannie Engelbrecht, the famous Springbok centre of the ’60s, and mentioned the talented young sportsman. Jannie got another Springbok, Dawie Snyman involved and they said that they’ll check him out. De Keur sponsored him to go to Stellenbosch University where it took one season for him to play for the Under 20’s. From there, straight to the senior Western Province team and then, of course, Springbok.

The talented young man was none other than Breyten Paulse. Paulse’s mother still works on De Keur. “Often when he comes to visit his family, Breyten pops in at the school,” Ivan Fredericks, Skurweberg High headmaster comments. “He has helped with training and coaching tips and talks. He will never forget his roots.”

And that is how Op-die-Berg farming community rolls.