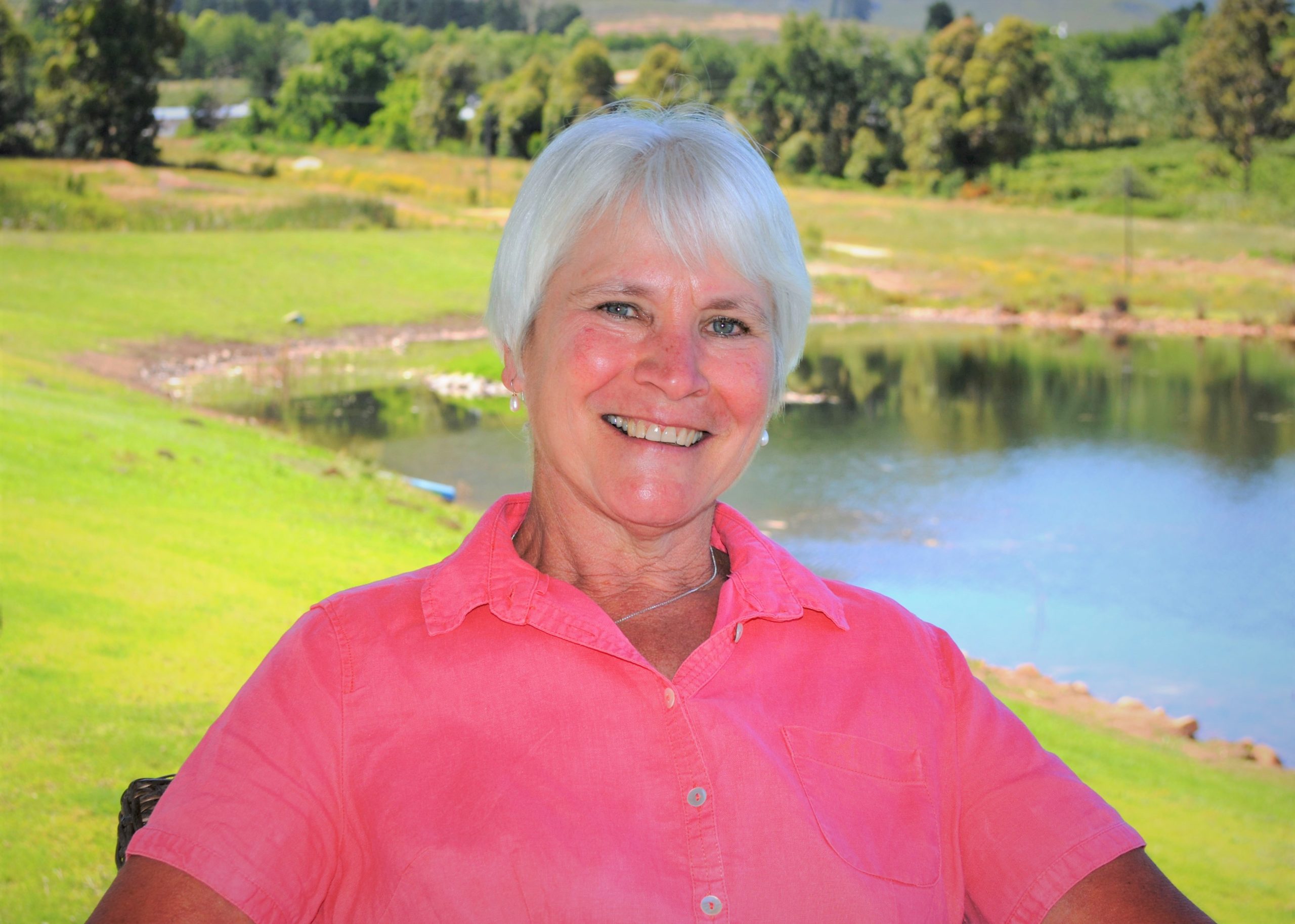 But due to industry demands, she is busier than ever!

A respected scientist and academic Prof. Karen Theron recently retired from the Department of Horticultural Science at Stellenbosch University, where she held the Hortgro Chair in Applied Preharvest Deciduous Fruit Research. Fortunately for the pome- and stone-fruit industry, this just marks a transition to a new phase of her career, as we learnt when speaking with her about the highlights so far.

From flowers to fruit trees

Theron is best known for her work in the fruit industry, but she says that her first love was flowers. “A lot of my earlier research was on fynbos — I did my PhD on nerines.” Nerines are indigenous bulbs that produce beautiful pink flowers in autumn. The flowers were highly sought after in Europe.

The problem with growing nerines commercially is that the bulbs don’t flower reliably every year. Theron studied their growth cycle and energy balance to help producers understand how to increase the percentage of bulbs that flower each season.

For her MSc, Theron studied nursery trees, and she has returned to this topic throughout her career. Prof. Wiehann Steyn, general manager at Hortgro Science, completed his own MSc under Theron’s supervision, also on nursery trees. He notes that Theron was an early advocate for growing nursery trees in containers.

“There are considerable wins for the nursery and the producer when growing trees in containers,” explains Steyn. “She has been saying we should use containers for a long time, and now it’s starting to gain momentum.”

When nursery trees are raised in open ground, they require more space and water, and are at greater risk of disease, than when they are raised in containers. Nursery trees cannot be grown in the same soil year after year, so nurseries are always on the lookout for new sites. Soil variation also results in large variations in tree quality. In addition, trees grown in open ground suffer transplant shock when they are taken out of the soil to be moved to an orchard. Container-grown trees experience much less root disturbance.

As part of promoting nursery-tree quality, Theron serves on the technical committee of the Deciduous Fruit Plant Improvement Association, which is the statutory body that co-ordinates the improvement and certification of fruit trees in South Africa. Theron also recently collaborated with Hortgro on a best-practice guideline for the handling of nursery trees.

Nurturing the next generation

Besides her role in raising young fruit trees, Theron has also brought up a great many horticulturists. In total, Theron has supervised and co-supervised the completion of 89 post-graduate theses and dissertations, and there are a few still in the pipeline. “She will have supervised exactly 100 post-graduate students when the last one finishes,” says Steyn.

“Many of those people have landed in our industry, where they have had an impact,” says Hugh Campbell, general manager at Hortgro Technical. He stresses how critical Theron’s mentorship and guidance, her attention to detail, and the high standards that she set have been to developing human capital in the deciduous-fruit industry.

“There’s a right way to do things and a wrong way,” remarks Steyn, “and Karen taught her students the right way. Not only in terms of how you do science, but also in how you conduct your career.”

Theron was the chair of the Department of Horticultural Science at Stellenbosch University for 12 years, and acting dean of the Faculty of AgriSciences for one year. “One of the few horticulture departments of stature in South Africa is at Stellenbosch University,” says Campbell. “Theron and her predecessors have progressively built that department, and she has maintained and increased the standards.”

According to Campbell, her emphasis on applied research helped her to forge strong relationships with various industry sectors, which then funded positions and projects that built capacity within the department. One of these industry-funded positions is the Hortgro Chair in Preharvest Applied Deciduous Fruit Research, held by Theron from 2014 until her retirement.

Impacts in the orchard

When asked to list some of Theron’s most significant research outputs, Steyn emphasises the reproductive biology of fruit trees, including her work on fruit set, fruit thinning, and alternate fruit bearing. “Thanks to her, we have better programmes available for fruit thinning and set.”

Controlling fruit set and thinning is important because growers need to manage the number of fruit on their trees. Too few fruit result in an unprofitable orchard. Too many may lead to small fruit sizes, as well as a reduction in the following season’s harvest.

Theron recounts that she began trials on alternative thinning agents to ensure the availability of replacements for products that might raise environmental concerns. Over the years she has been instrumental in the registration of many of the most commonly used products.

“This is applied research,” she explains. “It’s about identifying possible uses for existing chemicals. For example, we were the first in the world to do work on ACC [1-aminocyclopropane-1-carboxylic acid] in stone fruit.” Her trials set the stage for the registration of ACC in the United States and Europe, which she hopes will facilitate registration in South Africa.

“Karen’s understanding of plant physiology allows her to explain, or solve, plant- and orchard-related problems,” says Campbell. “Her broad exposure, experience, and understanding of the research environment, coupled with her strategic mindset has led to her involvement in organisations as diverse as Citrus Research International and Hans Merensky Holdings.” In the latter instance, she is also exposed to timber production.

“It’s an interesting contrast with deciduous fruit,” she says, “because in that case, you want the tree to produce as little wood as possible so that it can channel energy into fruit, whereas in the case of timber, you want all the energy going into wood.”

Many of Theron’s current commitments carry on regardless of her retirement. Among other occupations, she will continue to teach third-year horticulture students next year, while remaining actively involved in consulting and research, especially in her favourite field of plant-growth regulators.

“I like to explain why chemicals sometimes work and sometimes don’t. You have to understand the mechanism of action, and consider all the factors,” says Theron. “Then you put everything together to unravel the question. That’s the part that I enjoy.”