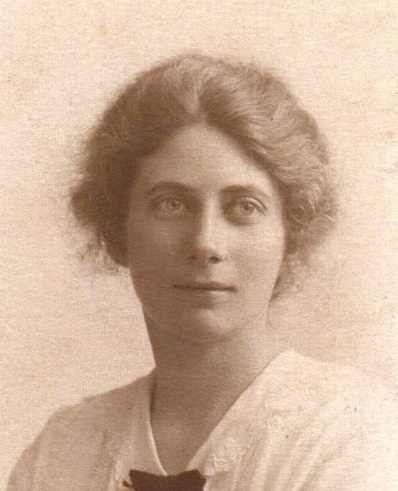 The story of Miss Kathleen Murray, agricultural pioneer and a woman ahead of her time, reminds us that the power of a woman with skill, determination, and kindness is not to be underestimated in this “man’s world” industry.

Mothers, daughters, sisters, wives, grandmothers, friends – and agricultural pioneers, of course.  In our society, the women who break down barriers are those who ignore limits. Such a woman was Miss Kathleen Murray who, with her gentle demeanor and endless determination, transformed South Africa’s fruit industry. Her story is simply that of an extraordinary woman with a great passion for agriculture, who did what she loved and did it impeccably.

Born in 1891 as the ninth child of the family, and a girl, Kathleen had not been the obvious choice to become a successful farmer. In 1903, her uncle Percy Molteno bought the small farm Palmiet Rivier in Kleinmond for Kathleen’s brother, Gordon, who was interested in agriculture and had been studying at Elsenburg. Kathleen was across the waters at this stage, studying Botany and Chemistry in England. When she finally decided to settle down in South Africa in 1915, Kathleen was 23 years old. She established herself on Palmiet Rivier farm and took over the reins from Gordon, who did not make much of a success of it.

In his citation to Kathleen, Douglas H.D. Moodie writes that Kathleen “preferred the challenges of life to the guaranteed existence”. This type of existence was not supportive of a woman with much ambition, which Kathleen found out at a young age. Upon her return from England in 1915, when it became clear that farming was all she wanted to do, even her family was more than a bit skeptical. Kathleen’s uncles, Ted, and Harry Molteno, who owned the larger neighbouring farm Glen Elgin, discouraged their niece from being a fruit farmer. She was wasting her time, they said, with a tiny piece of land with inadequate sources of water. She had no farming experience. There was little money. A lack of experience and agricultural knowledge was daunting enough for a young man of Kathleen’s age, not to mention a young woman.

Kathleen, however, would have none of it.

She planted her first orchard, mostly Ohenimuri apple trees, in 1915 at the recommendation of a good friend and supporter Dr Antonie Viljoen, who had been farming at Oak Valley since 1897. These 50 humble trees, which she planted with very little manual help, was the starting point of a long and influential career – one that was undoubtedly looked on with envy by those who did not believe in her. From living in a small cottage with earth floors, reed ceilings, and no fireplace, she transformed her farm with six mules, two horses, and a bicycle into a thriving agricultural enterprise. By 1925, her apples were being showcased at the Wembley exhibition in London.

Hoping to further her expertise and skills, Kathleen attended short courses at Elsenburg. She went on study tours to many countries – England, Ireland, America – to gather the latest information. In 1925, she established contact with the fruit Research Station at East Malling, which proved invaluable for our industry. As the years went by, Kathleen became an expert in her field and developed a keen interest in fruit research and scientific farming. In 1937, she achieved probably the most priceless of her contributions, by convincing the Government to start a Fruit Research Station, currently known as Infruitec-Nietvoorbij. In 1974, Kathleen was presented with the Fruit Research Farmers Floating Cup for the enormous benefits her efforts have brought to the fruit industry.

Success upon success, Kathleen never lost her gentle nature.  Those who knew her, testify to the love and charm with which she treated everyone. Her interests were not merely commercial. She was a woman who gave of herself in all she did. Her interest in the wellbeing of others led her to contribute generously for better school facilities in the area. Though she moved in the circles of Prime Ministers and princesses (Princess Alice, granddaughter of Queen Victoria, visited the farm often), her closest friends also included family and farmworkers. Kathleen’s love for nature and wildflowers knew no bounds and her garden was a joy to behold.  Such a lovely sight it was, that its beauty inspired a poem by Bremer Hofmeyr: “A garden rich in every hue / A mountain peak of distant blue” he starts off, expressing what every visitor felt when stepping onto the Palmiet Rivier estate.

Some stories speak for itself. It is needless to mention her impact not only as a farmer, but also a female pioneer in a man’s industry. Bremer Hofmeyr finishes his poem on Palmiet Rivier, saying: “Here open heart and home and hearth / Receive the sons of all the earth / And man and nature’s art combine / In beauty shape to God’s design”. An individual like Kathleen is a force to be reckoned with. She is a full circle. Within her is the power to create, transform and nurture, as only a woman can.

By Anon. circa 1910. University of Cape Town Manuscripts and Archives Department. BC330, Public Domain

The Molteno Family – A History of the Molteno & Related Families.