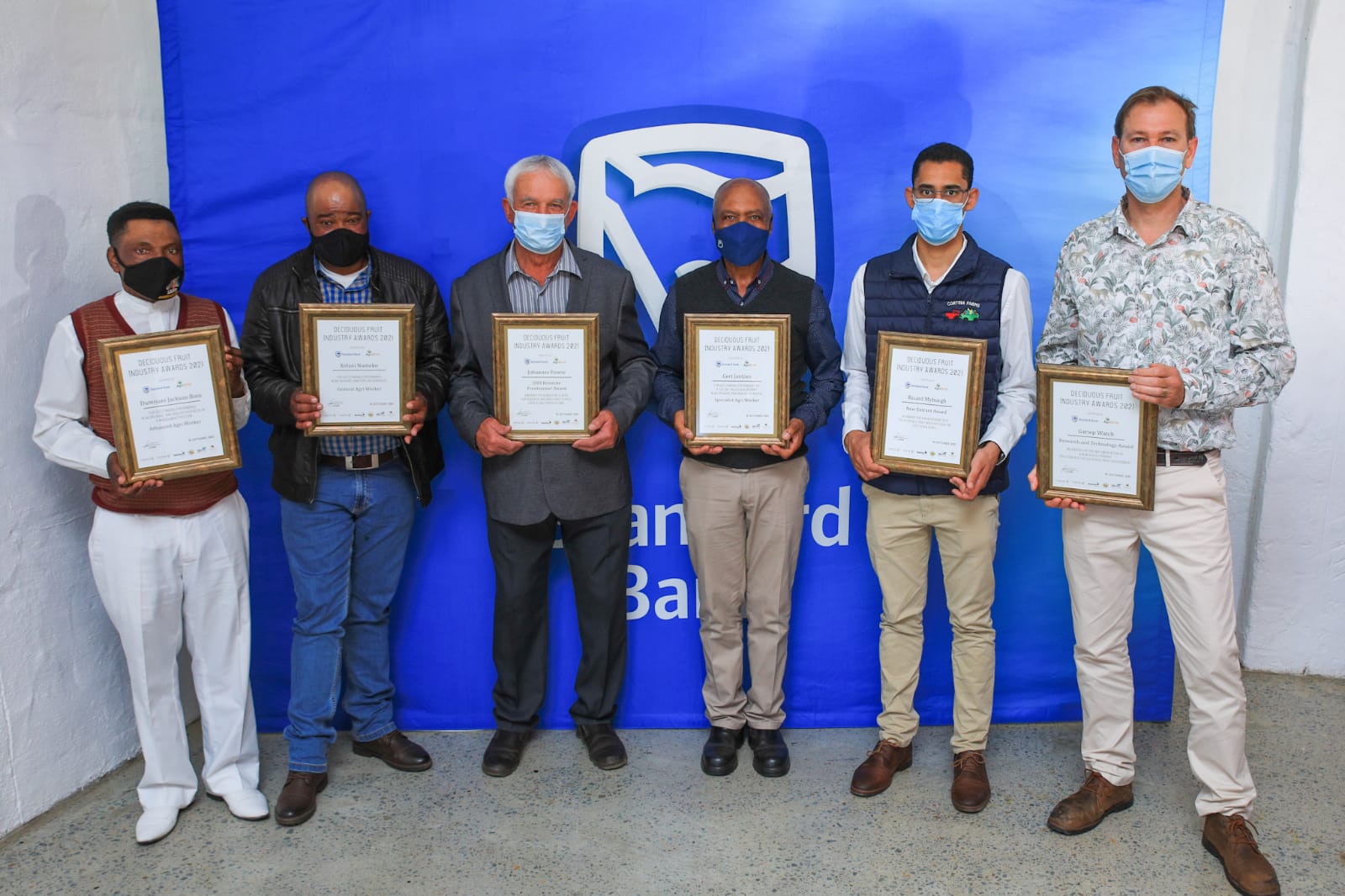 Scaled down from the usual illustrious affair, the event took place on Bernheim Farm, outside Paarl.  ‘The Awards’ gives recognition to an inclusive range of individuals in the agricultural sector, such as agricultural workers, researchers, scientists, and industry leaders.

According to Jacques Jordaan, chairman of the awards committee and CEO of the Canning Fruit Producers Association, the awards play a vital role in maintaining the morale of the agricultural workers and the industry as a whole. “The awards as a platform motivates and inspires people to strive for their goals and in so doing helps to build an industry that is a major player in the international fruit arena.”

According to Jordaan, the way the industry negotiated the covid pandemic over the past year by continuing with production, harvesting, and packing without disruptions to the value-chain, showed character and backbone. “Agriculture is about people and therefore it is only apt to recognise the people that make the industry what it is.”

GENERAL AGRICULTURAL WORKER: Xolani Nameko from Kromfontein, Dutoit Agri in the Koue Bokkeveld receives the merit award for General Agricultural Worker of the Year for being a hard-working, loyal, and quality-driven worker.

Nameko started working at Kromfontein, in 2011 as a general worker performing various tasks such as pruning, thinning,  and harvesting fruit.

Nameko proved himself as a hard worker who is willing to learn. He gained experience at Dutoit Agri’s Bergsig development where he was responsible for about 110 hectares. Here he ensured that everything from the training systems, irrigation, and planting of the trees was completed correctly and on time. Nameko then joined Kromfontein full time working on training systems structures for overhead nets. His manager said that Nameko added real value to the farm’s growth every season.

SPECIALIST AGRICULTURAL WORKER: Gert Jantjies from Kromfontein in the Koue Bokkeveld receives the merit award for Specialist Agricultural Worker of the Year for his exceptional work ethic, willingness to learn, and advanced skills as a tree pruner and team leader.

Jantjies grew up on Kromfontein and from a young age loved farm life. He started working as a general worker at Kromfontein for Dutoit Agri in the Koue Bokkeveld in 1977.

Over the years, Jantjies has increasingly proven himself as an employee who can apply the right pruning methods to different trees. He is always eager to learn new orchard methods and became interested in graft and bud work. Later, he was appointed as a foreman that managed a specialist team of 16 people.

Jantjies is a hard-working, quality-driven, and calm employee who always puts the greatest focus in his work to ensure that the quality of the trees meets the needed requirements. He also conveys his knowledge to the people in his team excellently to help strengthen their knowledge and abilities.

At the age of 20, Booi started working as a general worker at   Fruitways Graymead in 1988. After fulfilling different roles as part of the irrigation maintenance and spray teams, he was appointed as a permanent supervisor with a team of 12 people performing pruning, thinning, and picking in 2010. In 2015, his team grew to 18.

In 2018 he was one of the supervisors of the ‘Orchards of the Future’ project that was developed at Graymead. The idea was to see if a supervisor can manage two teams of 18 pickers each during picking season. He was permanently appointed at this level in 2019.

In 2021 his management skills won him the title of ‘best performing supervisor in the categories production, quality, and bruising’. He is also closely involved with the community and serves as a committee member on the Street People Committee forum in Villiersdorp. This speaks to his passion for people and his drive to make a difference. Booi always has a smile on his face and his positivity is electric to everyone who gets to meet and work with him!

NEW ENTRANT AWARD: Ricard Myburgh receives the New Entrant Award for his exceptional performance as a new entrant in the agricultural arena.

Cortina Farms is a successful 100% black-owned business managed by the Myburgh family. Myburgh joined the family business in 2013 and has taken over management of the fruit production unit from his father.

While most farms suffered during the drought period in 2016/2017, Cortina Farms managed to do exceptionally well despite the challenging conditions. He improved their water management systems through enhanced technology and improved general farming practices. The farm has approximately 40 hectares of established pome fruit orchards and produces between 6000 and 6500 bins annually. Of this, 50% is exported.

Previous accolades by Myburgh include winning the Toyota SA New Harvester award in 2017 and also being awarded the Jobs Fund Young Entrepreneur Award in 2019. By winning this award, he follows in the footsteps of this father Richard Myburgh who won the award in 2014.

Over a number of years, the water quality of the Orange River has been deteriorating with an increase in salinity, heavy metals, and bacteriological contamination. The Orange River is the only reliable water source in the Northern Cape. Many communities, industries, and agricultural producers are dependent on clean water from this water source. The river is also home to an important ecosystem.

Catchment management approaches by the local authorities failed to deal with the challenges posed by the complex river systems such as population growth, poor maintenance, and urbanisation. The lack of resources and accountability exacerbated the problem and put the Northern Cape’s deciduous fruit industry at risk.

Gariep Watch was founded as a non-government organization with the aim to spearhead research and stakeholder engagement. The strategy aimed to ensure acceptable water quality and water availability in the Orange River and Lower Vaal River. The study area extends over 777 km, ranging from the Vanderkloof Dam in the east to Onseepkans in the west. The Vaal River, downstream from Bloemhof Dam, was included in the Gariep Watch monitoring programme in December 2020. Fritz Bekker (pictured) received the award on behalf of Gariep Watch.

Jansen is a journalist at FreshPlaza and responsible for daily news reporting on Southern Africa’s fresh produce industry. FreshPlaza is a news agency based in The Netherlands, with a monthly readership of close to a million.

Jansen says that the South African fresh fruit industry is unmatched as it produces from deciduous, to citrus, to tropical fruits and nuts. As an industry, it “really punches above its weight” in the global arena. “I don’t think South Africans really understand how well-regarded the South African fresh produce industry is in the world of fruit. Jansen said journalism is often an isolated experience and receiving the Izethelo Award makes her feel part of a broader community.

FRONTRUNNER AWARD: Johannes Fourie is awarded the O.S.H. Reinecke Frontrunner Award as the industry leader of excellence in 2021.

Fourie is a leader in his community and served as chairman of the Groblershoop Agricultural Association, as well as on the management of Agri Northern Cape.

Fourie was the first producer in his area to start a complete black economic empowerment farm, Sanddraai Arbeidsgenot in 2002, which already has dried grapes, pecan nuts, and wine grapes in production. Workers own 51% of the shares and the Fourie family 49%. The project won the Northern Cape Land Care Award in 2008.

To view interviews with the winners: https://www.deciduousfruitindustryawards.co.za/event/2021/ 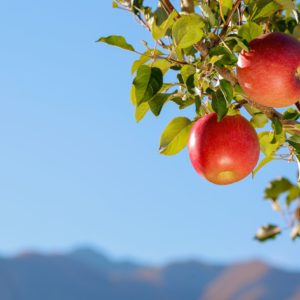 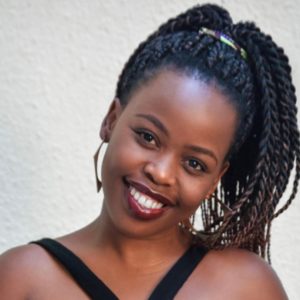 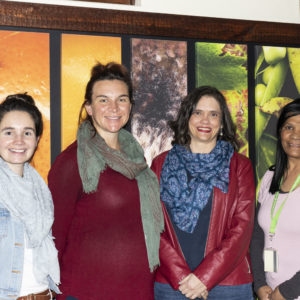 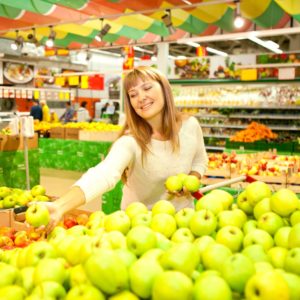