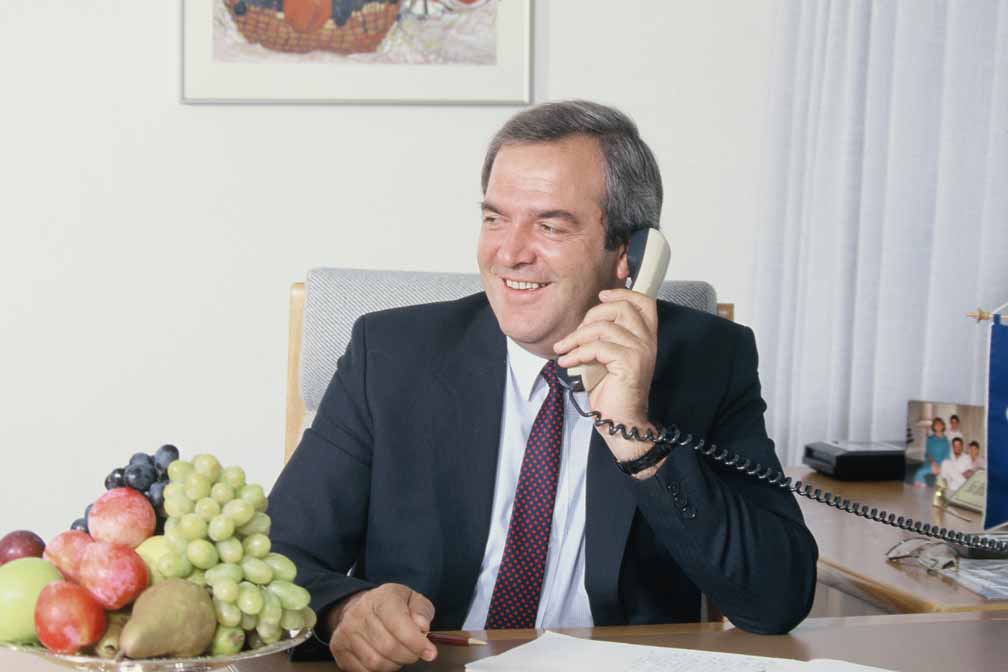 Louis Kriel (78), who passed away at his home in Stellenbosch on 9 August, was a larger-than-life personality who played a pivotal role in the development of the South African deciduous fruit industry. He was at the helm of South African international deciduous fruit sales for twenty very challenging years and his successes attest to his remarkable strength of character and marketing skills. His son Louis Kriel Jnr described his father as a dynamic businessman and a big family man.

Kriel’s career started during the fruit industry’s single-channel export marketing era and continued through the period of deregulation to the current free market system. From 1980 to 1987 he was the CEO of the Deciduous Fruit Board and following that, the Managing Director for Unifruco Limited from 1987 until 2000. These entities represented the Government single-channel marketing system for South African deciduous fruit. As the fruit industry started moving towards deregulation and Capespan International was founded to serve Europe and the UK, Kriel was the new company’s first MD during the 1990’s and led the initiative that established the Cape brand internationally.

“Louis Kriel always liked a challenge and he really was the right man for the job at the time,” says Stephanus Rossouw, former director of Unifruco Limited and a table grape farmer in the Hex River Valley. “He had a big personality and during his time at the helm of Unifruco, he always had tremendous energy, polish and a passion for the job. He visited the farms, pack houses and markets and knew his product and market extremely well.”

Kriel grew up on a fruit farm in Johannesburg before studying at the University of Pretoria. He came to the fruit industry from the Rembrandt Group during which time he had lived in Europe and had a good knowledge of the European markets. He expanded his career in the fruit industry during the 1980’s and early 1990’s when official economic sanctions were imposed against South Africa by certain countries. The job of promoting and selling South African fruit was therefore tough and Kriel did a remarkable job of selling South African deciduous fruit under difficult circumstances. Kriel was also part of the proactive group within the South African business sector that helped to forge political change in South Africa.

Despite the challenges in the markets, he drove a strong growth strategy in the fruit industry and helped to establish the South African fruit industry as one of the biggest Southern Hemisphere fruit suppliers to international markets. A good example of this is that largely through his efforts during the early 1980’s in encouraging raisin producers along the Orange River to prepare their Thompson Seedless grapes for the export market, this region has grown to South Africa’s second-biggest table grape production area.

Kriel, who had been a widower for 20 years, is survived by three sons and a daughter.