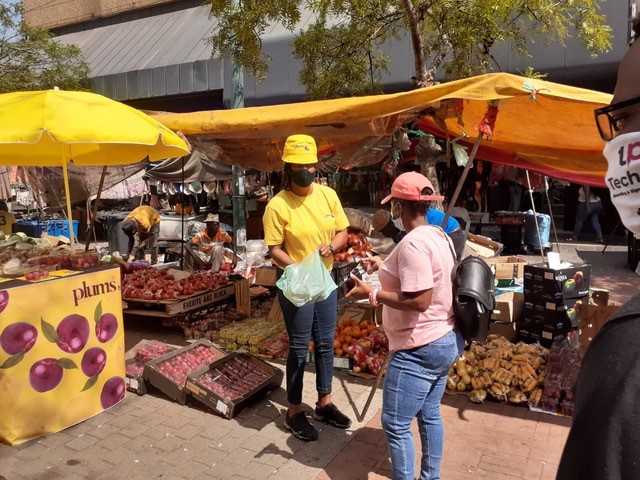 More is needed than simply increasing food production to help combat food insecurity in the world.

This was the main take-home message from the 2021 Global Food Security Index (GFSI), which was launched on November 22 by AgriSA in partnership with Corteva Agriscience and the United States Department of Agriculture.

It is the tenth anniversary of the GFSI. The index looks at food security in 113 countries and considers 58 unique indicators that drive or hamper food security.

“Just because there is enough food for everyone, does not mean that no one will be hungry,” said Denene Erasmus, editor of Farmer’s Weekly, who acted as host for the event.

The GFSI 2021 found that global food security is declining, despite the world producing more food than ever before. Food security goes beyond the availability of food but also includes affordability, access, food safety, nutrition and other factors.

According to the index, food security reached an all-time high in 2019 but deteriorated slightly in 2020 and 2021. Climate, Covid-19 and conflict were all highlighted as factors that led to this.

The United States Chargé d’Affaires to South Africa, Todd Haskell, who was described as a ‘big fan of agriculture’, highlighted the importance of the GFSI. “The data provides us with insights into the challenges and strengths and allows us to propel our world to the UN sustainable development goal of zero hunger by 2030.”

Haskell pointed out that the Covid-19 pandemic harmed the production of food and food security around the world.

In attendance was the newly appointed director-general of the Department of Agriculture, land reform and rural development, Mooketsa Ramasodi.

“Agriculture continued to show significant growth even during Covid-19,” said Ramasodi. He referred to agriculture as a “sunrise sector” that is still on its way up.

Jaco Minnaar, the new president of AgriSA said: “South African agriculture has proven to be a shining and resilient light on the South African economy, particularly during Covid-19.”

Despite this, the GFSI ranked South Africa 70th out of 113 countries in terms of food security. The country moved down one position from its 69th ranking in 2020. Ireland topped the index while Burundi was ranked as the least food secure country of all those measured.

“This is a source of concern,” said Ramasodi. “South Africa is generally food secure at country level but is characterised by food insecurities at household level.”

Minnaar said that though agriculture was on the up, it did not result in improved food security in the country. “Less than half of South Africans can afford a healthy diet, as is showed in the GSFI report.”

Global warming was also highlighted as a massive risk to global food security. “That’s why I appreciate so much South African leadership’s recent decision at the GOP26 in terms of the Just Energy transition,” said Haskell.

This year’s GFSI is the first to include natural recourses and resilience into the main index.

Haskell said that the data from the GFSI showed a ‘positive’ story. “Countries in the world have made improvements to ensure food for our people.”

This improvement was attributed to the research and innovation that has gone into improving global agricultural productivity.

“South Africa is an influential biotechnology leader on the continent and one of the world’s largest producers of genetically engineered crops. It is my hope that South Africa and the United States will continue to push forward the kinds of innovations that will keep our world on this positive trajectory,” said Haskell