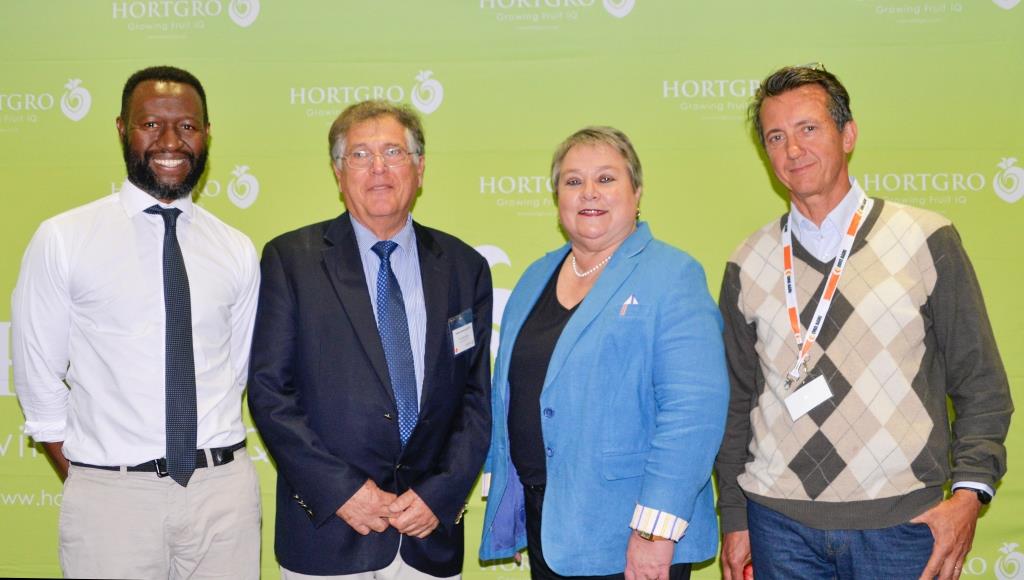 Every year the Hortgro Technical Symposium just keeps growing in numbers and stature, with the 2019 event breaking records on several fronts. This year the symposium kicked off with a Pome Fruit Field Day in Ceres, with the rest of the programme being held at the Lord Charles Hotel in Somerset West. This flagship event on the deciduous fruit calendar dates back to 1965 with its roots in the Cape Pomological Association. More than 300 people registered for the field day alone, while more than 700 people attended the five-day event.

The new MEC for Agriculture in the Western Cape, Ivan Meyer, opened the symposium and immediately set the pace by addressing several pressing issues. “I want everyone in the Western Cape to have a bumper sticker with ‘I am agriculture’ written on it. People need to know where their food comes from.”

Meyer also addressed farm security, climate change, and market access issues. The keynote address by Prof William Gumede from the School of Governance at the University of the Witwatersrand explored the post-election landscape in South Africa and what successful land reform should look like.

Over the extent of the week, the symposium boasted several overseas and local experts tackling a variety of topics. The overseas champions included:

“The value of attending a symposium is so much more than being exposed to new ideas and concepts,” said Hugh Campbell Hortgro Science General Manager.  “It is also about being reminded about what you do know and confirming that knowledge.  More importantly, it provides an opportunity to connect with people that you know but often doesn’t see and it also enables a connection with people that you don’t know who know a lot more about things that you don’t know about! One of the biggest value-adds is the interaction that takes place between the overseas speakers and our technical and research people at meetings and dinners that we arrange outside the symposium.”