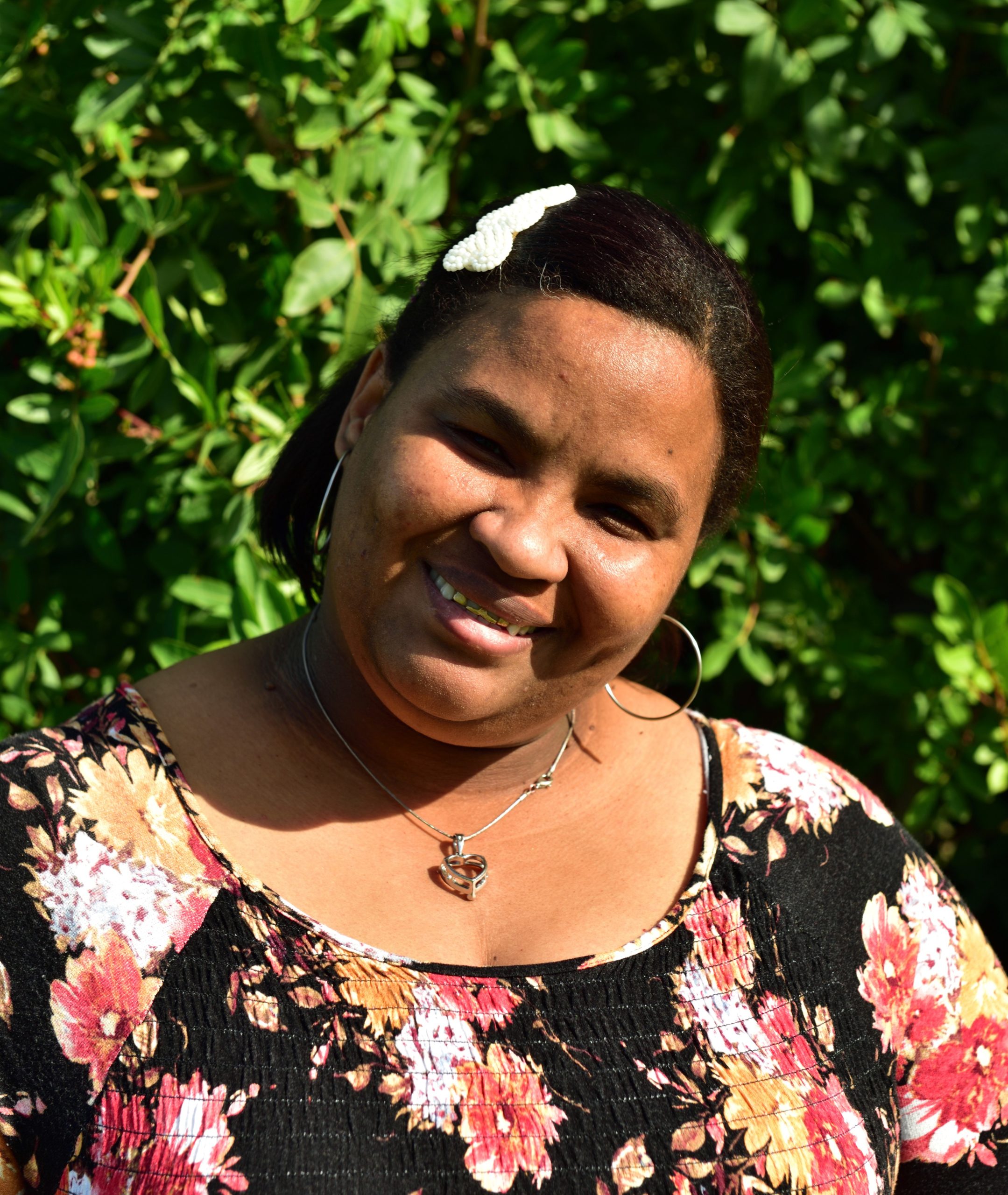 For most of her life, Jenny Maarman wanted to sing. But she always believed her voice was too dark (thick, she calls it). But then Agri’s Got Talent (AGT) came her way. And opened many doors…By Gerrit Rautenbach.

Jenny was born on Diemerskraal Farm between Wellington and Malmesbury. Jenny is still on Diemerskraal, living right next to her dad, and her sister is just on the opposite side of the road.

“One big happy family, and it makes me happy!” she beams. That’s another thing about Jenny, she has this infectious smile that gets you into the same frame. She did almost everything on the farm, from picking fruit to harvesting to pruning vines and planting vegetables. She worked very hard for many years on the farm because, Daan Morkel, the owner, is a good man, a fair man, giving everybody a second chance, Jenny will tell you. He never judged her.

Jenny’s life was on track. She did very well at school, wanting to do and be everything. Most of all, she wanted to sing. But she never believed she could. “I always thought my voice was too thick, too low!” she explains. Be that as it may, life happened and she fell pregnant in her matric year and subsequently failed matric. But never failed her daughters.

“Bringing up my daughters, we were a group of nine mothers and we took turns looking after the group of kids. Mr Morkel then decided we should get more training doing this and sent us to weekly classes at the Breytenbach Centre in Wellington to learn to run a crèche. Eventually, he chose me to run the whole crèche on Diemerskraal. I look after the little ones in the morning and run a care centre for the school kids in the afternoons. And my own two as well. I love kids! I am so grateful, but still no matric!”

Maybe at that stage, she did not believe she was capable of achieving her matric, but just about then Agri’s got talent crossed paths with Jenny. Things were about to happen.

“I had to send in a WhatsApp of me singing, but I didn’t tell anybody about it. I still believed my voice was too thick. I said nothing, I wanted to lose on my own, with nobody knowing. So I recorded my song. No backtracks! Just birds singing along … At first, I thought, forget it, but somehow I sent it in. Still, nobody knew. Remember, I want to lose this thing alone. Me and my thick voice.”

Weeks later she got a phone call. Somebody from AGT wanted to know her address. She gave it, and slowly it dawned on her that this might rather be good news than bad news. “Then after that, a friend told me to look on Facebook, I was featuring and I thought, how can it be, me and my thick voice? We stayed three nights at Goudini Spa and trained together. Hearing the other contestants sing made me more afraid of anything ever in my life. I thought of playing sick, not wanting to expose myself against this talent! What was I thinking?!”

Be that as it may, the AGT gala event came, and Jenny’s fabulous “thick” voice won her second spot.

“The thing is, the competition and coming second at first meant less than the realisation that musical experts rated me. It dawned on me, I can sing! I am better than I ever believed of myself! I can…” Not only singing but she has already been asked to do commercial voice-overs. The world is beginning to love that “thick” voice, it seems. All the while boosting Jenny’s confidence.

That is when she decided that she is going to finish her matric. And she also started writing songs, setting it to music:

“It’s this Agri’s Got Talent thing that got me going. I now just want to be more, do more.”

One trigger is all that it takes. A trigger called Agri’s Got Talent. For more than half of her life, Jenny made herself believe that not getting her matric was ok, she was doing well without it. And she was! Still is. She managed to become the crèche teacher for Diemerskraal on merit, looking after the future of Diemerskraal. She managed to look after her kids. Yet still, all the while watching her eldest, now already in Grade 10, getting closer to her own matric.

“All my life I wanted to be a teacher or a social worker,” Jenny explains. “I am already a crèche teacher. I love these kids. After matric, I will become a formal teacher. And stay with these kids. And sing. And make music. Life is beautiful.”

Music gives a soul to the universe, wings to the mind, flight to the imagination, and life to everything, Plato once said.

Go get it, Jenny.