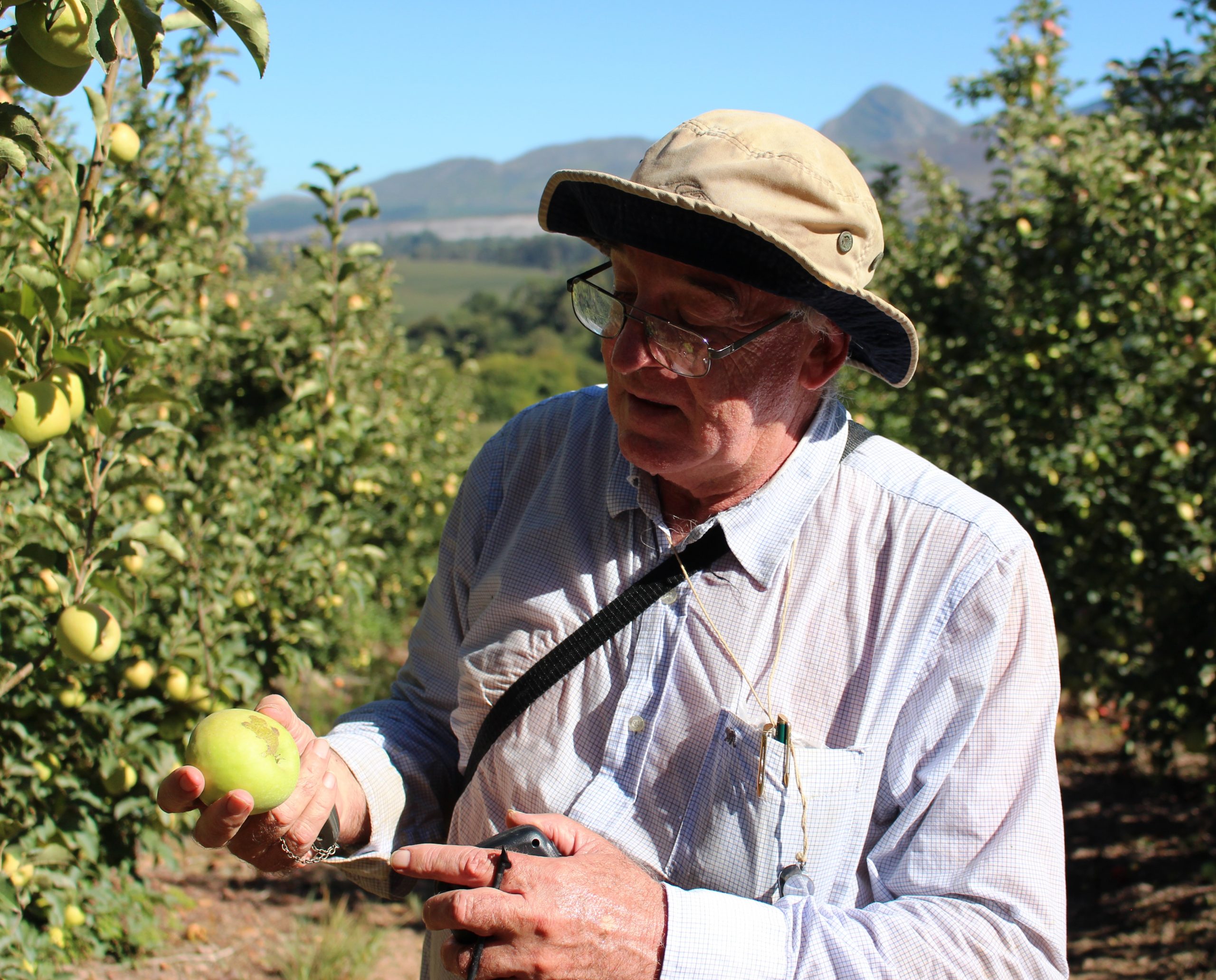 As early as 2500 BC, Sumerian farmers used sulphur to control insects and mites on their crops, illustrating the long history of the use of chemicals in agriculture.

Today, the drive to do away with agrichemicals has never been stronger. Pressure groups in Europe want a full phase-out of chemical pesticides by 2035. Exporters worldwide are following these developments with a measure of concern. Removing certain registered chemicals without replacements, could potentially place food security at risk or increase the cost of production significantly.

Chemical activism is nothing new. As early as the 1950s agriculturists were forced to rethink their production strategies when chemical resistance was first recognised as a problem. By the 1970s environmentalists, social-political activists, academics, and agriculturists turned to the integrated management of pests as the holy grail of future agriculture.

In South Africa, the deciduous fruit industry has supported an Integrated Pest Management (IPM) programme for the past 35 years.

Matthew Addison, Crop Protection Manager at Hortgro Science, explains what IPM is: “A simple definition would be the management of pest and disease populations using a variety of methods including physical, cultural and biological agents.

He explains further: “Management actions are aimed at maintaining pest and disease populations below economic injury levels.  IPM has evolved over the years in symmetry with new technologies. The release of sterile insects and the widespread use of pheromones to suppress pest populations are good examples. More recently the advances in agricultural ecosystem research have led to a better understanding of the dynamics of pest and disease populations in agriculture.”

According to Addison IPM differs from conventional pest control in that the latter relies on the routine (calendar) application of pesticides in order to control pests and disease.

“IPM differs significantly from this approach as pest and disease populations are intensively monitored and management actions are applied only where and when needed. IPM would not rely exclusively on the application of chemical control agents but it would rather opt for the least ecologically disruptive method at the appropriate time.”

The South African deciduous fruit industry-recognized IPM as a valuable solution for pest management decades ago. In 1986, trailblazing entomologist, Dr Ken Pringle, wrote a concept note to SAAPPA (today, known as Hortgro Pome) in which he detailed the need for monitoring pest and disease populations and hence the need for IPM within the apple and pear industry.

Pringle set out a basic design as to how to achieve this. The plan called for the comprehensive monitoring of orchards in all the production areas, the collection of the monitoring data and the dissemination of the resultant information to the industry. A year later, SAAPPA initiated the programme, with Bernard Trepow and Buks Nel as influential role players in the process.

IPM meetings were held regularly and aimed at creating a forum where the chemical industry, technical advisors, and producers could meet. The monitoring data from participating farms were presented and discussed. Bi-weekly summaries of the meetings were distributed to the industry. Today, the IPM meetings are held religiously at the end of every month and are attended by many industry stakeholders.

At Hortgro Science the entire research programme is IPM focused and it is a strong theme within the crop protection programme. “We spend a lot of money on bio-control of mites for example, and the use of softer alternatives such as novel fumigants, the use of nematodes in soil health, regenerative agriculture and more. In the pathology division, for instance, a substantial research investment resulted in the non-chemical control of apple scab. We don’t do chemical research. We leave that to the chem guys,” says Addison.

There is a range of IPM uptake in the industry.  “In effect all growers, to some extent, use IPM,” says Addison. “On farms, most growers have monitor teams to collect and analyse pest and disease data. This information is used to manage and adapt to spray programmes. In some cases, producers use data about beneficial pests in their management programme. This, for instance, allows and aids the biocontrol of mites and other insects.” In laymen’s terms ‘good bugs’ are used to eliminate ‘bad bugs’.

Other IPM methods used by growers is cover crop management, the use of pheromone disruption and the release of sterile insects. The monitoring data, along with parameters (information about blossom dates, cultivars) allows the generation of management information to guide pest/disease programmes in the orchards. Producers know the adage, ‘you can’t manage what you don’t measure’, he says.

Addison points out that IPM is an integral part of sustainable farming that has biological, economical, and social impacts. “Undoubtedly, you want a resilient industry that can survive despite the removal of certain chemicals. He says that the EU’s ambition to achieve a full phase-out of registered chemicals by 2035 is unrealistic. “I don’t see us producing crops without chemical inputs. The question that should be asked is how and when we use products.”

In the last few decades, there has been a call to move away from traditional, toxic agricultural inputs to safer, less harmful products. With research money being redirected to the development of highly specific and less toxic chemicals and biological products. This has led to a flood of new bioproducts being available to uninformed farmers, often creating great confusion. Bioproducts can be divided into two broad categories: biostimulants and biopesticides. “The predicament is that some of these products are unregistered and thereby sold illegally. Some are plain placebo and have no effect. Producers then run the risk of losing their crops or damaging their trees.”  It is therefore crucial that producers buy only registered bioproducts from registered chemical consultants.

For Addison, the main advantage of IPM is the avoidance of hard chemicals. “With the international markets constantly pushing for fewer chemicals, IPM can delay and or prevent pesticide resistance and enhance biological control. There are obvious health benefits all round, not only for humans but also for the environment. A more sustainable ecosystem with healthier soil and less groundwater contamination.”

In commercial agriculture, the stakes are high with input costs of hundreds of thousands of rands per hectare. Switching to IPM can be seen as taking a huge risk and IPM isn’t cheap. Initially, there are costs involved, says Addison. “Higher labour inputs for one. Also, registered biochemicals are not necessarily cheaper than conventional methods, and limits your product choice. Some of the bioproducts are not as effective as hardcore sprays, but one needs a long term perspective. With IPM the benefits of not spraying chemicals accrue over time.”

So, are we there yet?

“IPM is like education. It is something you never finish,” says Addison. “The setup in which we operate is constantly changing. Take climate change for instance, which has an impact on everything and will change the fundamentals of pest management, along with sporadic battles with new pests. We are probably never going to be fully integrated,” says Addison. “This is partly due to technological advances – so we are always playing catch-up.”

“We need to utilize a variety of methods with the aim of having a sustainable pest management strategy. Which also helps you to produce better quality fruit, over the longer term.”

Addison concludes, “The markets are differentiated. MRLs* allowed for some countries are banned in others. The days of just relying on chemicals are gone. In the end, it is all about consumer perception and what you put in your mouth.”

Does IPM system use pesticides at all?

The only time pesticides are used in IPM is when there is no other solution to the problem and it would be the very last resort to the pest control process.

Picture: Dr Ken Pringle established the monitoring for mites and other insects programme in South Africa.