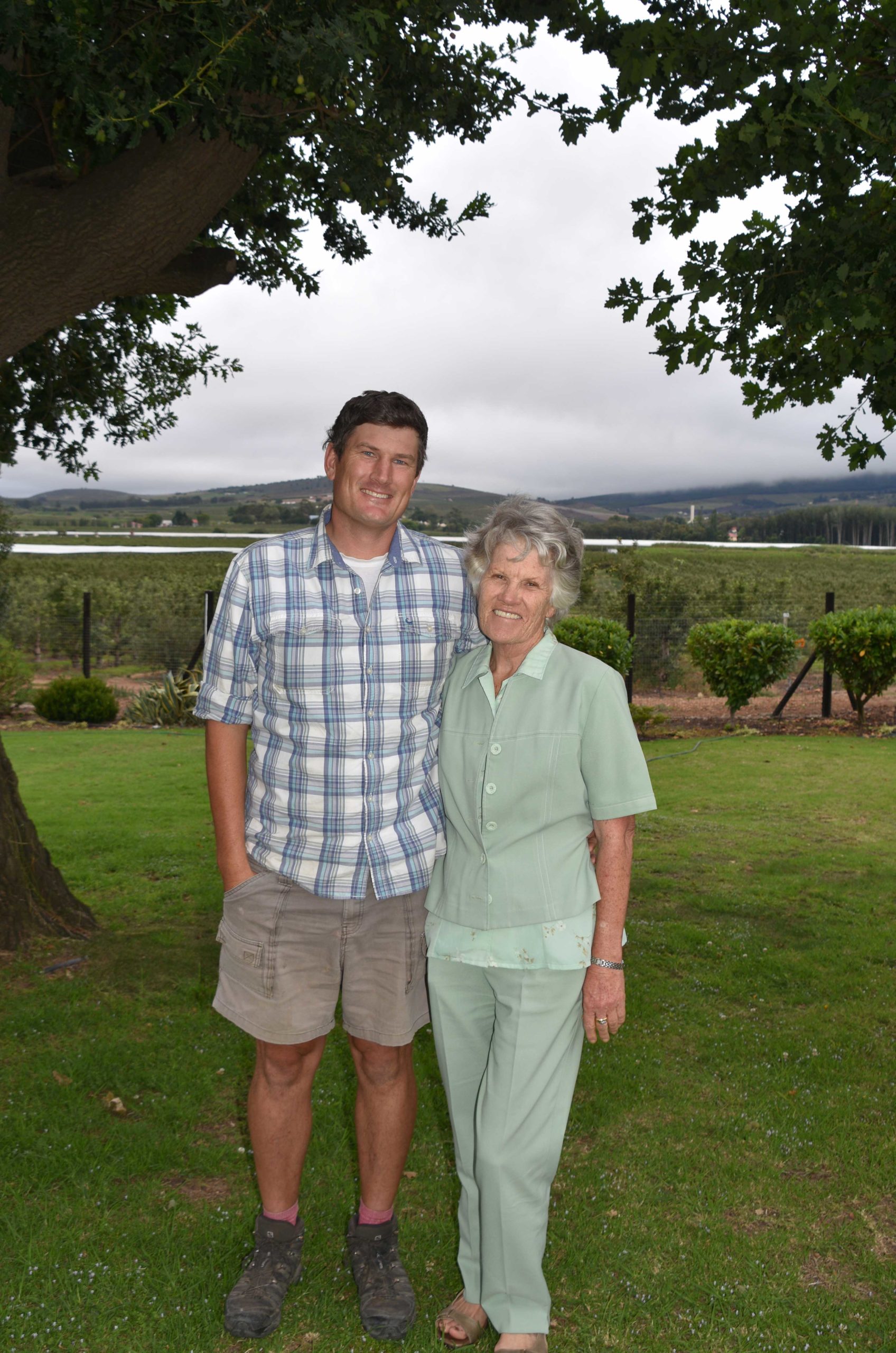 When Robin Baldie was six years old his teacher asked him what he wanted to be one day. “Without hesitation, I wrote ‘farmer’,” the tall man with the broad smile remembers fondly.

Most people might be mistaken to think that when you are born into a farming family that it is expected of you to join the establishment, and in a way it probably is. But for Robin, even way back in grade one, it was a given. “I never considered another career path.”

What did worry the youngster at the time though was that his eldest brother also wanted to be a farmer. That meant that he would be my boss, but I got over that, he says mischievously.

The Baldie family has lived and farmed at Misgund in the Langkloof since 1903 when the farm was established by his Scottish ancestor, Alexander Baldie. The first Baldie was a pioneer within the fruit industry who planted the first commercial orchard of apple trees in the Langkloof with trees from Pickering Nursery in the Western Cape.

The illustrious history of decades of proactive involvement in and service to organised agriculture in the fruit industry by generations of Baldies is very evident at the company’s offices. When I spoke to down-to-earth, unassuming Robin Baldie in the company meeting room, he was sitting beneath the portraits of four Baldie ancestors and predecessors in the family business.

“I love the practice of farming largely because I enjoy working with people. I also love training the young fruit trees and nurturing their growth until they are mature trees producing the crops which sustain our business,” the 36-year old explains his passion.

There is, however, a brush of sadness when Robin talks about his family. He was the youngest of three siblings but his middle brother Lloyd passed away in 2007 and his father James the following year. For the following nine years Robin farmed with his eldest brother James who tragically also passed away last year after a long battle with cancer.

Today the Baldie family living on the farm consists of Robin’s mother Linda-Lou, Robin and his wife Mieke and their young son and daughter as well as Robin’s sister-in-law Paulette and her two young sons, James and Alexander.

“The last couple of years have been a difficult time, but we are blessed to have each other as a family and all to be living close together,” says Robin. “My wife has been a remarkable support through this time and my mother is a pillar of strength. She turns 70 this year and she is still very much involved in the business and still does the farm’s books. We also live in a small, caring community who have been very supportive of our family.”

According to Robin, the Baldie family prides itself on the great working relationship it has with their employees. In some instances, some of the workers have lived and worked on the farm for generations.  There is a tradition of strict control on the farm and this means that everybody knows what the rules are and where they stand. “Wayne was responsible for finances and I generally took care of labour issues as this allocation of responsibilities best suited our different personalities. Now that he has gone, his meticulous records, and even those of my father’s help me every day. Despite their absence, they both left everything in place and this makes it easy for me to keep the systems going.”

Robin went to school at Woodridge College near Port Elizabeth which he remembers as a nurturing environment with truly remarkable teachers. Part of the family tradition for the Baldie brothers was to work on the farm during school holidays. That meant that when their friends were hanging out at the beach they were working the orchards. Robin believes that this tradition strengthened the boys’ ties with the farm.

“After matriculating I completed a B. Comm. degree at Stellenbosch University, but before I came back to work on the farm permanently, I went to the UK and worked at Sheerness for Capespan for a few months. It was an interesting experience and I worked with great people but I was pleased to return to my African home. I officially started working on the farm in 2003 and so I have now been here for 15 years.” 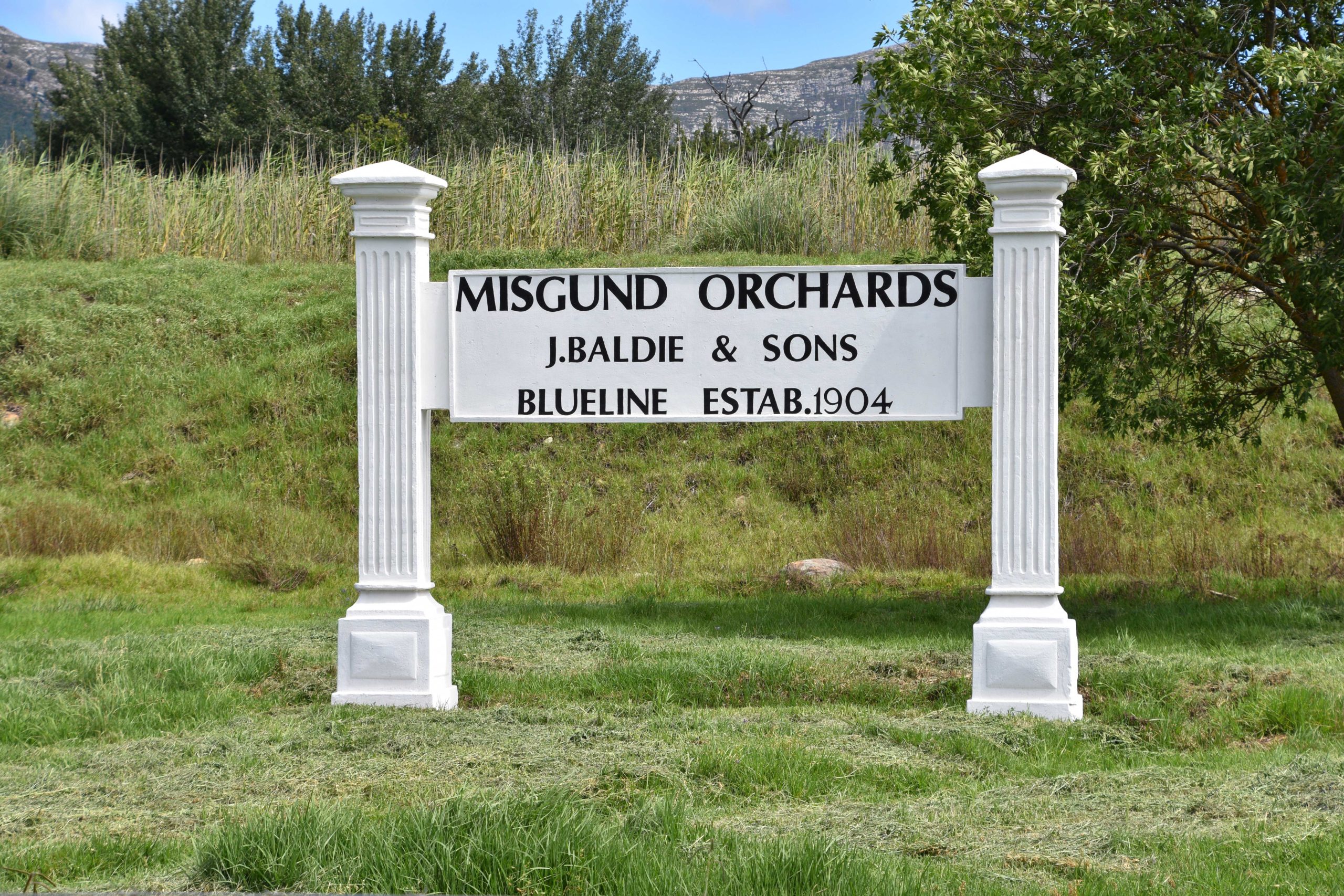 The J. Baldie and Sons farming operation employs 340 permanent people and during the harvest, this increases by a further 120 seasonal workers.

The past few years have been a difficult time for the Langkloof region, both economically and politically. “As apple and pear farmers our profit margins are getting smaller even though we are doing every possible thing to save costs. This is due largely to the current strength of the ZAR against other currencies in countries where we market our fruit and we have no control over this. The new increase in the minimum wage will also put further pressure on finances and I am somewhat worried about where this trend is leading.”

They currently have 320 ha under apple and pear production and in 2005 they bought an additional 1300ha that still needs to be developed.  The management took the decision to start erecting nets over the orchards four years ago. This has worked well and they are now spending a good deal on nets, erecting them over most of their new orchards.

“This area is prone to hail and utilising nets is the way forward,” says Robin. “The nets definitely increased the pack out percentage of the fruit and made it possible to recoup the cost of the nets within four to five years. Of course, if it hails, the losses prevented by the nets, in fact, cover the cost of the nets in one year. The nets do create a few production challenges, but we manage these.”

To further counteract risks they also have a herd of 250 cattle, Boran Nguni Mix, now adding Limousin bulls to increase the size of the cattle, as well as 10ha under centre pivots, mostly producing feed for the cattle and 10ha of Lucerne.

“I do not see our farming operation as mine I alone. It is a sustainable business that needs to be nurtured and grow for the future generation, my children and my nephews. It will be a while yet but I look forward to that day when the next generation will join me in the running of the farm,” Robin concludes.