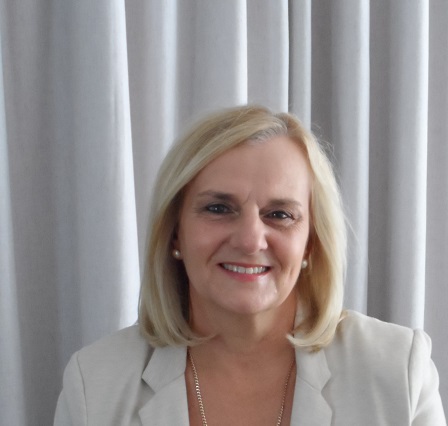 Focus on women in agriculture:

The saying goes, behind every man, there is a strong woman, and within agriculture, there are multiple strong forces to be reckoned with. One such force is Retha Louw the CEO of SIZA or rather guardian of sustainable agriculture in South Africa.

Born in Keimoes, in the Northern Cape, Retha was the middle child of three children and the only girl. Her father’s career as a minister in the church resulted in the family moving a lot. Her father was a sheep farmer on a family farm in Namibia when he decided to go back to university in his mid-thirties to graduate as a minister from the Dutch Reformed Church at the age of forty. Her childhood years were thus formed in the Northern Cape, Namibia, the Western Cape, and the Free State.

Retha obtained her B.Soc.Sc degree in Industrial Psychology and Industry Sociology at the University of the Free State. She describes herself as being quite a tomboy, “I was the best rugby player on the street where we lived”, she says. Upon graduation, she relocated with her husband to Sasolburg where she started her career at Sasol’s IT department (where she worked with the systems programmers). After relocation to the Western Cape, she decided to follow the entrepreneurial route. She opened a florist as well as organising ‘all sorts of events’.

In 2002, after two years in the lobster industry, she ventured into agriculture by working for the table grape industry (SATI) for two years.

From SATI, she moved to the deciduous fruit industry and became one of Hortgro’s team members for the following 13 years. Retha’s role at Hortgro was diverse. She was involved in human resources management, communications, public relations, training, corporate social investment, and talent management. She was closely involved with several corporate and social investment projects such as the Nyanisa HIV/Aids & TB programme, Agri’s Got Talent, Farmworker Wellness programme and several other initiatives.  She loved the projects where there was interaction with farm workers, “It was more a heart-thing than a work-thing,” she says today.

In need of change, she moved to SIZA (Sustainability Initiative of South Africa), a unique organisation that is focused on changing the lives of people living and working on farms. SIZA is a ‘one of a kind organisation’ because South Africa is the only country who established their own set of sustainable and ethical standards making it a leader in its own right. “The demand for ethical and social trade is becoming more and more of a market requirement. It is of the utmost importance that we change the view of agriculture in South Africa from a global perspective.”

Her vision for the organisation is, “Not only to create acceptance for SIZA globally but also locally by growing and expanding SIZA to all the different sectors in the South African agriculture and to make sure that it offers a cost-effective approach for growers by supplying one standard and one audit no matter which markets a producer supplies to.”

What would she tell other women that want to work in agriculture?

“I would tell them, that it is an absolute privilege to work in agriculture.  Love and respect the people living and working in agriculture.  Never assume anything and be prepared to change a lot.  Most of the issues in agriculture normally fall outside of our direct expertise but don’t complain, be optimistic, be open-minded, find solutions and see the bigger picture. One obtains a sense of self-worth when you help to change the lives of others,” she says.

At the same time, she is true to herself and lives by her own standards, with honesty and integrity as her key principles. She believes that the things that give you peace and make you smile are relative to happiness in life. “Success is determined according to your own standards and accomplishment, the small things in life and the things that are not always visible and touchable,” Retha says.

Ultimately she would love to still be in the industry for the next ten years but also acknowledges that everything can change quickly. Agriculture has taught her to be humble, thankful and respectful towards the views of others. Agriculture, with its diversity, has a lot to offer and women should feel optimistic and encouraged to contribute towards the industry with their own specific personalities and characteristics.