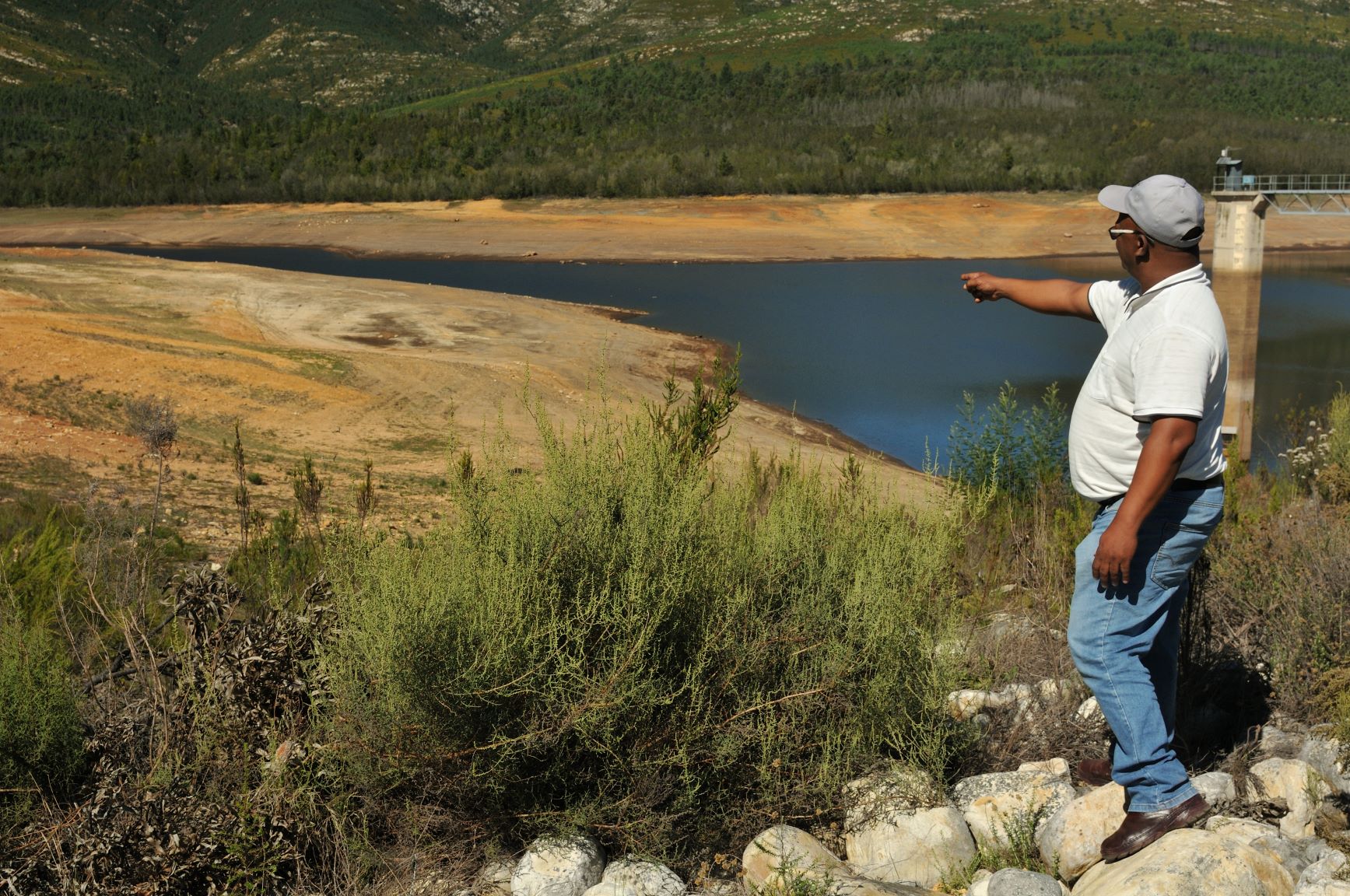 The success story of the Haarlem Community by Gerrit Rautenbach

It all started many years ago because of water. In 1963 the then Coloured Affairs Department of the governing National Party of South Africa bought the farm Anhalt because the drinking water dam (the Haarlem Dam) was on Portion 10 of  Anhalt. This ensured that the predominantly brown community of Haarlem would not be left high and dry. It was also meant to offer opportunities for work on the farm as well as the upkeep of the dam.

Although the Department of Agriculture was in charge of the farm, no farming happened. Until 1993 when the Cape Agency for Sustainable Integrated Development in Rural Areas (Casidra) took control.

In 2002 Nico du Preez started working at Anhalt as a general worker, but Nico was a man with foresight and a mission. “It’s strange how most of my co-workers were wary and scared of doing courses. But every time a course was on offer, I volunteered,” says Nico. “The government had workers on the farm, supervisors, and tractor drivers, but they left in 2004, resulting in vacancies. I opted for a post of supervisor and got the job,” he continues.

In 2008 he was promoted, still by Casidra, to foreman and his responsibilities increased, even more, when he got involved in the packhouse of the Department of Public Works that Anhalt used at the time. The quality of this packhouse, however, deteriorated to the point where it became unusable. The management of Anhalt requested Public Works to transfer the ownership of the dilapidated packhouse to them so they could upgrade it (no one will invest money into something belonging to someone else, for sure) but this did not happen. It did become completely useless and as a result, Anhalt is currently packing at DC Fruit in Krakeel.

Nico became the assistant manager in 2012 and in 2015 the post of manager of Anhalt became vacant and he applied. Casidra appointed him. “You see in life opportunities are constantly created. It’s up to you to grab them. I grabbed!” Nico concludes. Due to hard work and a will to succeed, a rather dormant farm was turned around by a number of dedicated people into an impressive productive business.

Just backtracking a bit to 2005 when the Haarlem Communal Property Association (CPA) was formed. Nico was one of the original members of the CPA but the driving force at first was the late Abe Oktober. Together they worked hard to get the ownership of the farm to transfer from the government to the Haarlem community.

Anhalt consists of three portions, numbers four, eight, and 10. Portion four and eight are the productive pieces, but portion 10 is the strategic one. That’s where the dam is. And seeing that the water was the original reason the government bought the farm, they decided to retain portion 10. The water of the Haarlem Dam is not only for Anhalt’s use but is going far into the Langkloof, this was the reasoning of the Irrigation Board. However, the producing and work-creating portions four of 324ha and eight of 217ha were transferred lock, stock, and barrel to the Haarlem Community Trust in 2019. Today they own it.

The big question is now, how did the lives of the Haarlem Community change after obtaining ownership of the farm Anhalt?

“The CPA has already made a number of financial contributions to organisations such as schools and churches amongst others in the community. It’s early days, but the people can see that, in the future, the income generated on this farm will make a noticeable difference to all their lives. And thanks to the whole development, I have been very fortunate to learn more and experience more. Like having had the opportunity, thanks to the invite and financial contributions of the DFDC and Department of Agriculture, Western Cape to attend Fruit Logistica in Berlin, amongst other things,” Nico said.

“All of these things are important, but the most important is the fact that we don’t farm for the government or someone else anymore. We farm for ourselves now. I am now employed as manager of Anhalt by my very own community. Together we can help to empower and uplift ourselves.”

Pictured here: It all started with water…Nico du Preez at the Haarlem Dam.