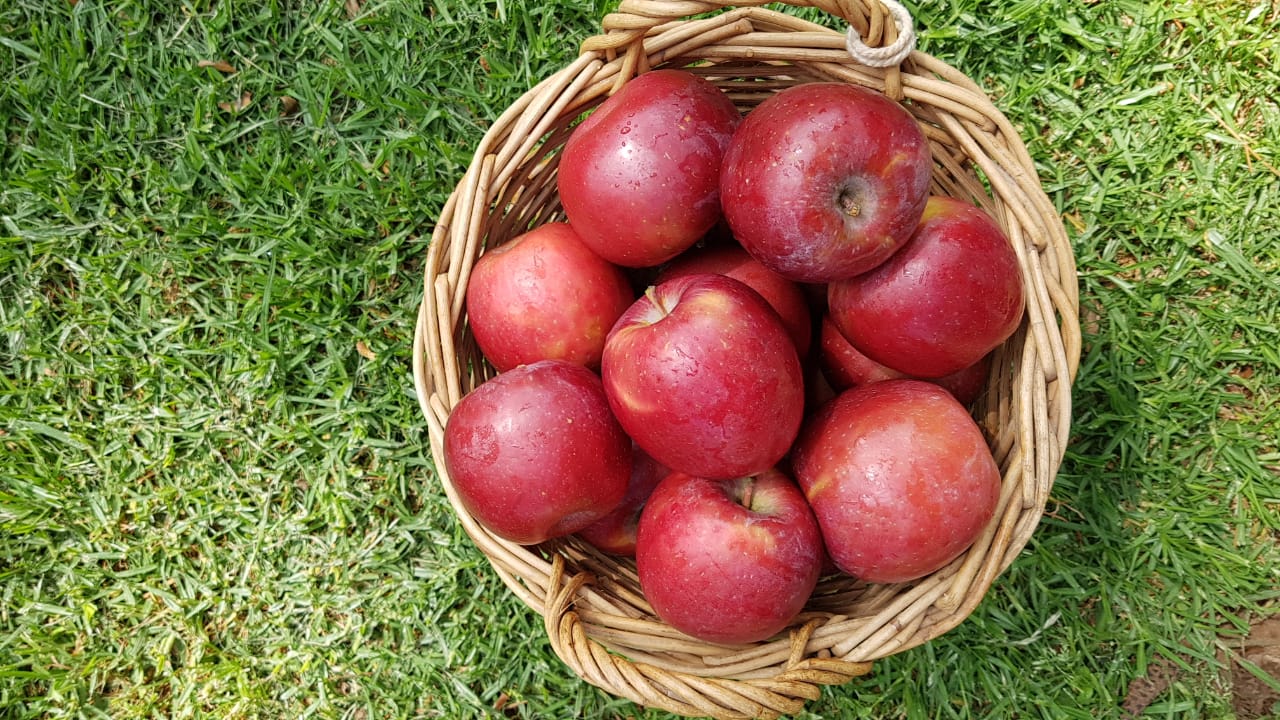 From fairytales to great works of art, the perfect red apple is a placeholder for a wide range of human emotions. With its recent improvements, the Fuji variety is set to continue its rise.

Tru-Cape Fruit Marketing, the largest exporter of South African apples and pears sold more than 570 000 cartons of Fuji this year.

“I think it will be very selfish to think one can have two Royal Beauts in one lifetime,” Tru-Cape grower Robert Zulch says from his farm Wakkerstroom in the Ceres valley about his second major discovery, a Fuji mutation while remembering that his Royal Beaut, was once 70% of all Italian Gala planted.

Zulch, a former winner of the Farmer of the Year title, an honour bestowed by the Agricultural Writer’s Association, is passionate about innovation and development of people and of growing techniques. “The Fuji Royal leaf is a typical Fuji leaf but the blossom is different: In the early blossom stage the Fuji Royal is pinker than the standard Fuji,” he says.

“We are excited about the good sizing of Fuji Royal. The larger the fruit the higher the value we can expect. I am optimistic about its continued success.”

According to SAPO, currently, about 45 hectares of Fuji Royal have been planted, with an additional 80 ha (roughly 133,000 young trees) projected to be planted in 2021. The cultivar has a high-chilling requirement and it is important to plant it in regions which promote good colour development.

In the Ceres and the Elgin areas, Fuji Royal is harvested at the same time as other Fuji strains, which is from the first to the second week of April. SAPO says that another of Buks Nel’s discoveries is also a Fuji mutation: Shortie is striking for its precocity. “Because of this Shortie can start to bear as early as in the second leaf while the fruit is characterised by an extremely short stem,” SAPO said.

“The first commercial Shortie orchards were established last year, with another 10 hectares or so on the way. Because of the upright growth habit and its “spurriness”, Shortie will have to be planted at a much higher tree density than standard Fuji clones.” SAPO ends.

Tru-Cape Fruit Marketing is the owner of Shortie and SAPO Trust its exclusive licensee.

Tru-Cape managing director Roelf Pienaar says that club varieties – those that attract a licence fee to plant and to market – will continue to be a significant income stream for growers and licensees. “As a business Tru-Cape is blessed with outstanding and innovative growers and technical staff and varieties such as Bigbucks, Fuji Royal, Shortie and others will continue to add value to the business and our grower owners.” Pienaar ends.