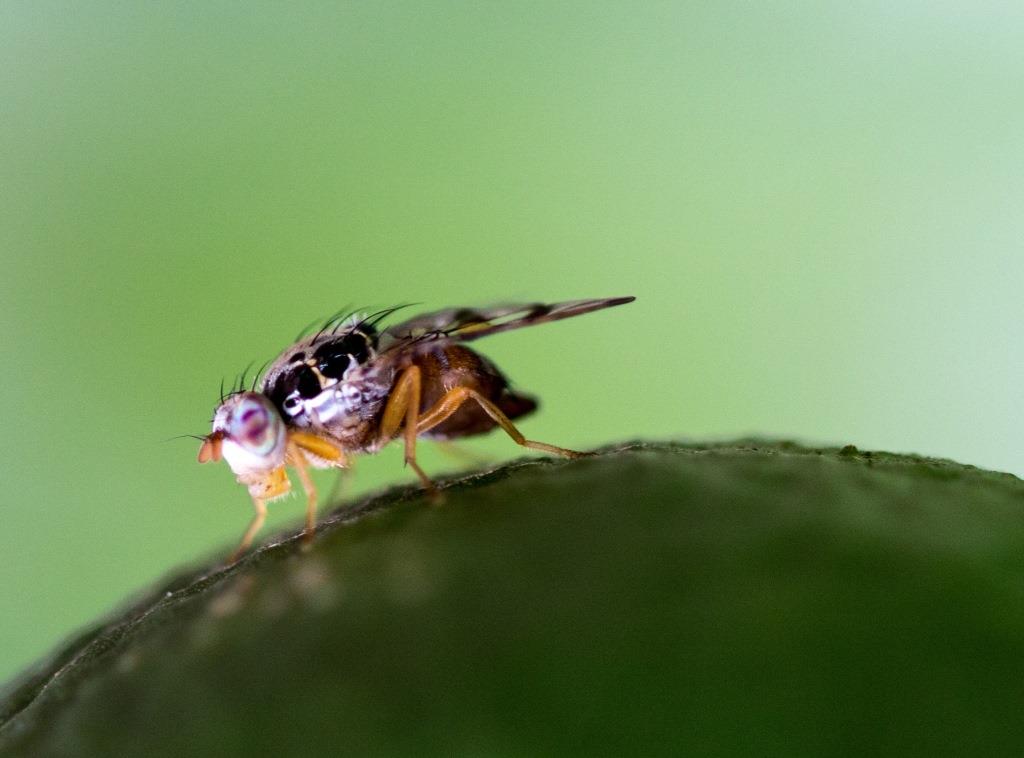 In the Western Cape, Ceratitis capitata, commonly known as the Mediterranean fruit fly or Medfly, is one of the most economically harmful pests in orchards, causing fruit damage and posing a phytosanitary risk.

Four years ago, Gulu Bekker, innovative Stellenbosch researcher, wondered what would happen if he employed techniques normally used to analyse ‘big data’ in finance, medicine, and marketing, to study fruit fly distribution patterns. Bekker, who recently received a PhD for his efforts, gave integrated pest management (IPM) the lead role in a study in which he explored the distribution of fruit flies in the Western Cape.

The method behind the machine learning

Bekker used machine learning, the term used for techniques that train a computer to make certain decisions based on what it has learned, combined with geospatial analyses. Geospatial analyses describe the statistical analyses of data that has a spatial component. He used trap catch data to visualise the distribution range of fruit flies in a pome-producing area in the province. Approximately 400 traps were selected. He then used a geographic information system (GIS) to map the mean trap catch per trap location of four consecutive production seasons. Bekker combined this information to identify monthly and seasonal long-term hot spots, areas with relatively high trap catches, and cold spots, with low catches, in the regions of Elgin, Grabouw, Villiersdorp, and Vyeboom.

The results showed that the distribution of fruit fly hot and cold spots in his study area is driven by long-term climate variables. The hot spots were concentrated in the hotter and drier areas, and the cold spots in the colder and wetter areas. The study indicated that rainfall was the most important driver of these hot and cold spots. However, these drivers are area-specific. “This means that the same drivers cannot be used to model fruit fly distribution in areas with different climates and geographic characteristics,” Bekker explains. Therefore, there is a need for finer-scale monitoring of climate in different regions, he says. This will allow for more accurate and area-specific models.

Although the drivers of fruit fly spatial distribution were different between the regions, the distance from orchards to urban areas in the early fruiting season emerged as a strong driver in all the areas. This was the case in the regions of Elgin and Grabouw, Vyeboom, Villiersdorps, as well as the Warmbokkeveld. “This again brings up the question of what impact unmanaged home gardens in urban areas have on the fruit fly populations in surrounding commercial orchards,” Bekker points out.

He also zoomed in on orchard level to understand fruit fly populations at this scale,  to understand why orchards with low numbers of fruit flies in traps often experience lots of damage related to fruit fly infestation. “Many producers are baffled by the fact that there is often not a clear correlation between trap data and the damage caused in orchards by these insects,” says Bekker. “Trap catch and fruit damage is a spatial problem and need to be looked at in this way. We know that fruit fly distributions in orchards are spatially variable. It just makes sense that the damage would also be spatially variable. The monitoring method for both the fly and the fruit damage must be conducted on the same scale. This notion is, however, still unexplored and more research is needed.”

Why is the study relevant?

The research will assist with the integrated management of fruit flies and potentially other insect pest species on a local and regional scale. “This study visualised the patterns of fruit fly distribution that we always believed was true,” says Bekker. “This is the first time we could see fruit fly distribution on a piece of paper and actually make sense of it on an area-wide scale.”

The results could also be used to improve area-wide integrated fruit fly management programmes through more precise spatial planning of management actions, such as the sterile insect technique and the bait application technique. Based on his results, it is recommended that previously unmanaged fruit trees in home gardens be managed, either by fruit stripping or applying protein baits. This will prevent fruit fly population build-up in these habitats, which could later invade high-value export fruit crops in surrounding commercial orchards.

“In terms of area-wide management, area-wide programme managers should employ spatial analyses techniques to see where hot and colds spots occur, and then adapt their practices accordingly,” Bekker says. “Precision management is the way forward. If you are not doing it yet, you should perhaps start thinking about it.”

The industry also needs a long-term view on integrated pest management, he says. “That is our best insurance policy to ensure resilient farms and sustain production.”

More weather stations that are efficiently managed, as well as sustained monitoring, can play a significant role in managing fruit flies in the region. “It is important to monitor fruit fly populations, but as important is that trap monitoring data must be well organised and filed,” Bekker indicates. There must also be a willingness to share this data with research institutions, he believes. This will help ensure that improvements can be made to monitoring systems and control strategies. “Living in an age of ‘big data’ and machine learning the possibilities becomes endless of what one can do,” Bekker says. “Everyone must build a culture of data sharing. In the long-term, both farmers and research institutions would hugely benefit from it.”