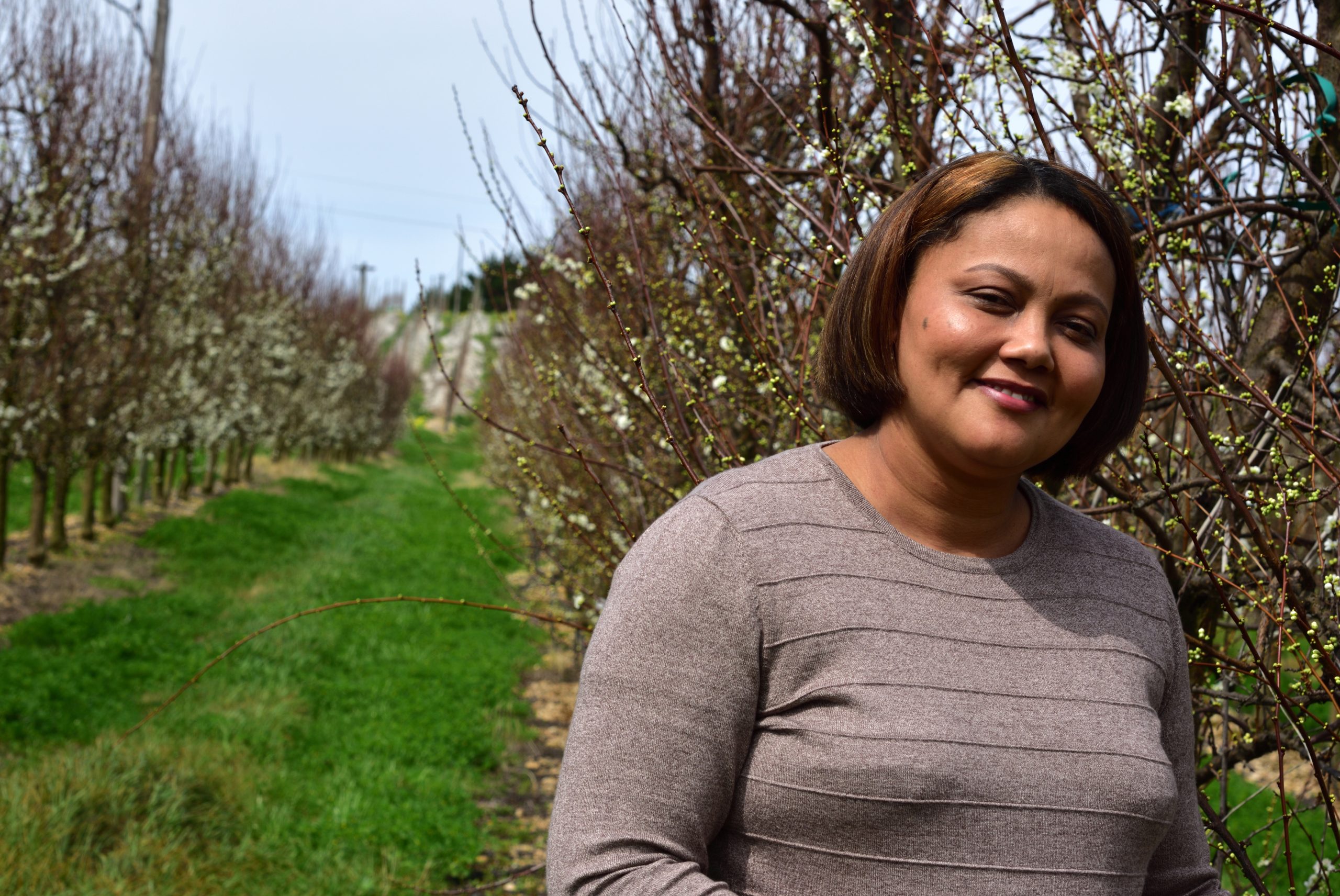 There is more than one type of transformation in this world. The most important one for the father and two daughters team of Protea farm was to farm for themselves. But then getting new life into old orchards was the next transformation. By Gerrit Rautenbach.

As we all know 1994 was a great milestone in transformation. It was also the year Marilyn Siegels (then Van Niekerk) achieved one of her first big milestones by getting Matric. The next year she tried to get accepted at university. While waiting, her mother said she should learn to cook. This had an effect on her life.

Edward van Niekerk, her father, was working for Brian du Toit on the farm, The Valley in Elgin, but farming wasn’t on Marilyn’s mind at all. However, the year’s learning to cook, bake and about food sparked her interest. With the influence of Brian, who was more than just an employer to Edward, she managed to get into Stellenbosch University, enrolling for BSc Dietetics.

“At that stage, the university just started with their bridging programs for students coming from what was labelled disadvantaged schools, like mine. They forced me to do my first year over two years, which I did passing virtually everything with distinction,” Marilyn explained. “In 2 000 I graduated and was offered a job as a junior lecturer at SU. The whole academy was white and there I was, realising I have to constantly prove myself. It was clear they still had to do a lot about transforming into the new South Africa.

“After I resigned I got a job at the Department of Health as a community dietician in Khayelitsha. I loved it! Unfortunately, it only lasted six months when a surge of violence made it too risky,” she explained. But you can’t keep a good woman down and she became a medical representative at Nestlé. For nine years she was a successful member of the corporate world, almost as far removed from farming as you can get. Except, it was also about food.

During those years her father was getting desperate to realise his biggest dream. Although he did very well as a foreman and manager at The Valley, he so dearly wanted his own farm.

“On 3 August 2013, that dream became a reality. It took me almost seven years of endless negotiations to get access to Protea Farm from the Department of Rural Development and Land Reform. I signed a 30-year rental lease with the option to buy.”

After acquiring the farm he and Yolande, Marilyn’s sister, climbed in boots and all to revive a badly neglected farm. In 2016 Marilyn started helping after hours with the financial side of the farming business but had virtually no real knowhow of actual farming. After two years of helping with the books and business planning, she swopped her corporate shoes for a set of Wellingtons.

January 2018 she officially became part of the team. The first task was to help plant an additional 14,7 ha of new orchards, financed by Jobs Fund. They were mentored by Michael du Toit from The Valley and Gerhard Taute from Fruitways. They looked, they listened, they learned.

“I’m one of those people filing everything. I mean, that’s the blueprint for the next time you plant, not so?” Marilyn explained. Clearly, her method of combining theory, practice, management and control measures is working. She started farming in January 2018 and 21 months later, in August 2019 she was elected the Western Cape’s best female commercial farmer. To qualify a farming business has to have at least 80% black and female ownership and contestants are judged on their knowledge and command of the full chain of the business.

Awards aside, the biggest job the team has is to maintain the most profitable balance between reviving old neglected trees and replacing the ones too far gone. They take this on with leaps of faith, like planting 15 ha of new trees in one go where the going rate normally is around 5 ha.

“At present, we cannot claim a successful business, but we’re getting there. We put everything back into the farm, and one day we would like to have the means to improve this house and surroundings. But before that, we need to improve and uplift the livelihood of all our workers. That is the real essence of effective transformation.”

Marilyn started her working life telling people what is good for them to eat. She’s basically gone full circle, but now she is producing the food. Yet, being a woman and being black in a domain traditionally dominated by white males is not easy. But easy is not a synonym for transformation. Being resilient, being wide awake and focused is more the elements associated with this process. As well as the determination and belief that you will prove to the world you will pull this transformation off.

It looks like the Protea Farm team is well underway.