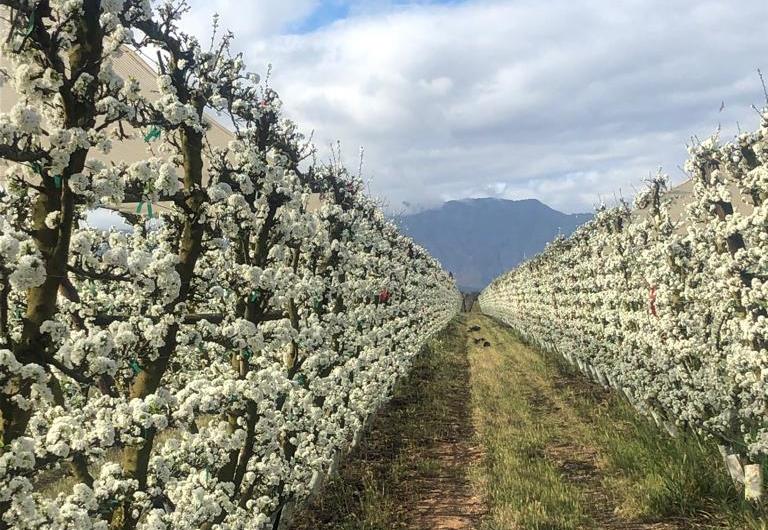 What Worked Well, and Why?

The success of this block is mainly the result of a combination of three factors: a good soil, a plum tree-filled environment and an early-blooming cultivar.  While many plum growers struggle with poor soil, especially mountain soil, Gerrit van Deventer says they are lucky enough to have the ideal soil for African Delight at St Kilda Farm.

The cultivar itself, half of which was grown on Marianna and the other half on GF667, is also key to the orchard’s success. Fruit sizes for both rootstocks were good, and although African Delight sometimes struggles with colour on GF667, the fact that it is an early blooming cultivar was central to its success in the previous season’s climate.

Although they did not start with a heavy crop in the very challenging 2018/19 season, they were still blessed with an ideal set of about 300 fruit, and only had to drop about 100 fruit. A too-large set (anything around 500 fruit) would mean that many fruits have to be dropped. The latter is a very energy-expensive situation for a tree to find itself in, and the fruit tends to bear the consequences, especially in terms of smaller fruit sizes.

A Case of Extreme Temperatures

“In my 15 years of farming, I have never experienced anything like this,” says Van Deventer about the 2018’s temperatures. “It was truly a case of extremes.”

The flowering season was off to a cold start. However, temperatures were rising, with a single week at the end of the flowering season experiencing heat in the zone of 40ᵒC. This is where African Delight was the perfect plum cultivar, blooming early in the season when temperatures were low.  Late-blooming cultivars tended to set quite poorly in the heatwave that followed.

Looking to the Future

Despite a very challenging season, St Kilda Farm succeeded to deliver very good production. “I think the orchard is doing just fine and I am very satisfied with its yield. The numbers are good.”

Their successful season has taught Van Deventer the importance of a few basic things. His first bit of advice to fellow plum farmers would be to plant enough cross-pollinators if they are not abundant in the surrounding area. Enough pollen for cross-pollination is crucial for ensuring an optimized fruit set. 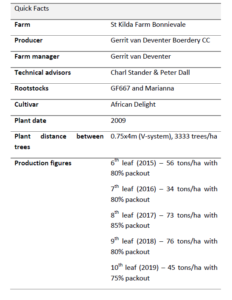