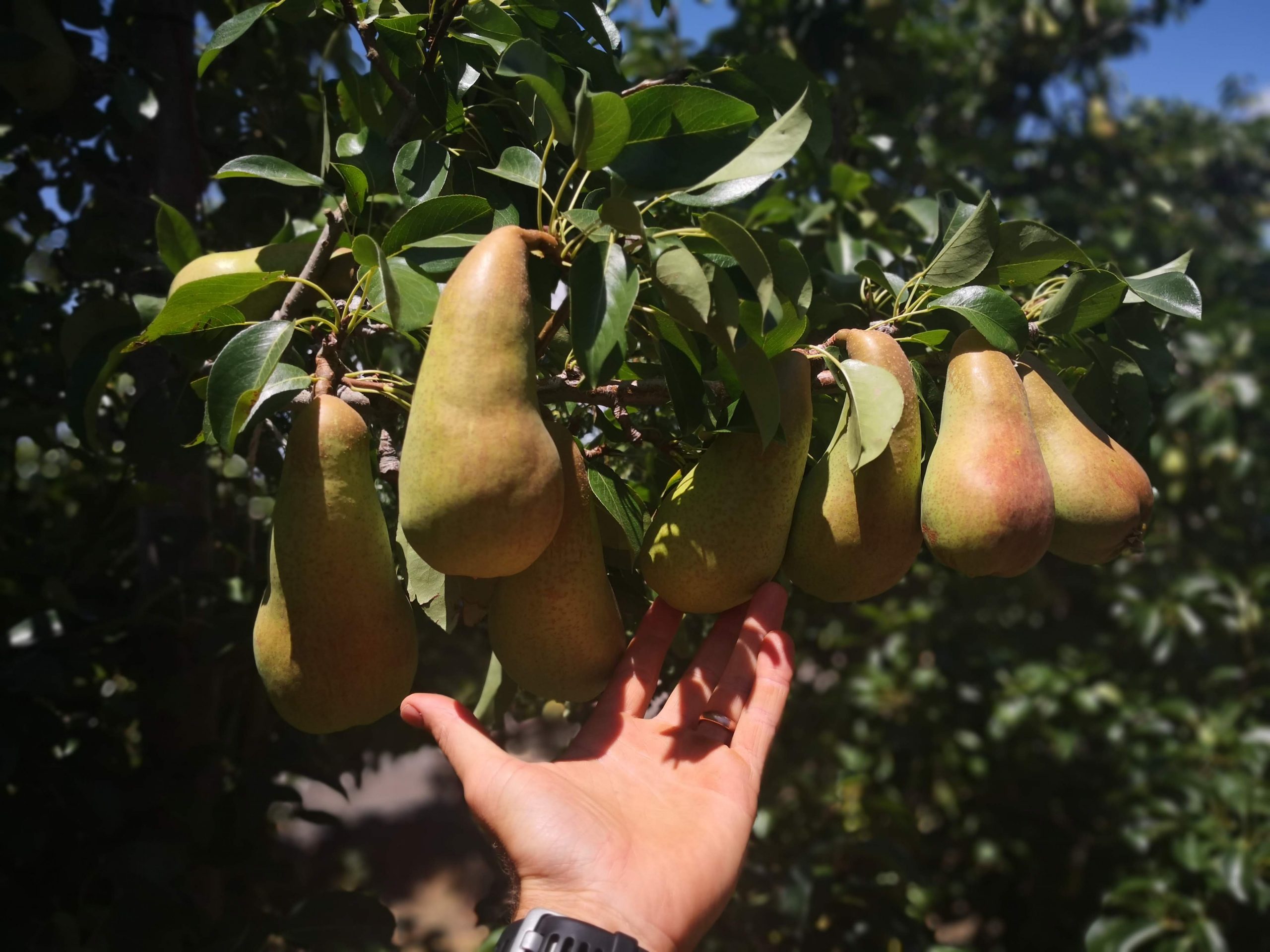 While the perception that drip irrigation is not the best option for pome fruit is a common one, a beautiful orchard of Abate Fetel pears on Weltevrede farm tells a different story. Despite the rocky nature of the site, this piece of land with its consistently high production figures delivered an impressive 80 tons/ha in 2019. According to Mico Stander, Director at Agrimotion and technical advisor to the farm, drip irrigation was a major contributor to their success this past season.

Keeping a close eye on irrigation

Precise and careful management is crucial for drip irrigation on pome fruit, says Stander, especially on the type of soil at Weltevrede Farm.

The block, with its medium suitability soil with 80% rocks, was irrigated with a double line drip from the start. “The team, led by Recardo Vrey, knows exactly how much water is delivered per season, and it is noted weekly. Therefore, they can plan ahead for droughts or to plant more hectares.”

Take-aways from a successful season

From here onwards, the team is hoping for continued and sustainable high yields. For things to go as well as in the previous few seasons, would be a success in itself.

“We are not taking any chances,” says Stander. “The cultivar is sensitive to fruit size and therefore we don’t want to overplay our hand. Hand thinning is done as early as possible (two large and one medium pear per bunch) and enough water and food is provided on time.” Piet Niewoudt is involved from a horticultural perspective.

According to Stander, they learnt two very important lessons in the previous season. Firstly, the benefits of drip irrigation on pome. Secondly, the suitability of BA29 over BP1 rootstocks for Abate Fetel.

“If research and experience show that BA29 is better than BP1 for this cultivar, and that drip is more effective than micro irrigation [according to their strategy], then you have to make the right decisions. You have to do everything in your power to achieve good results year after year.”