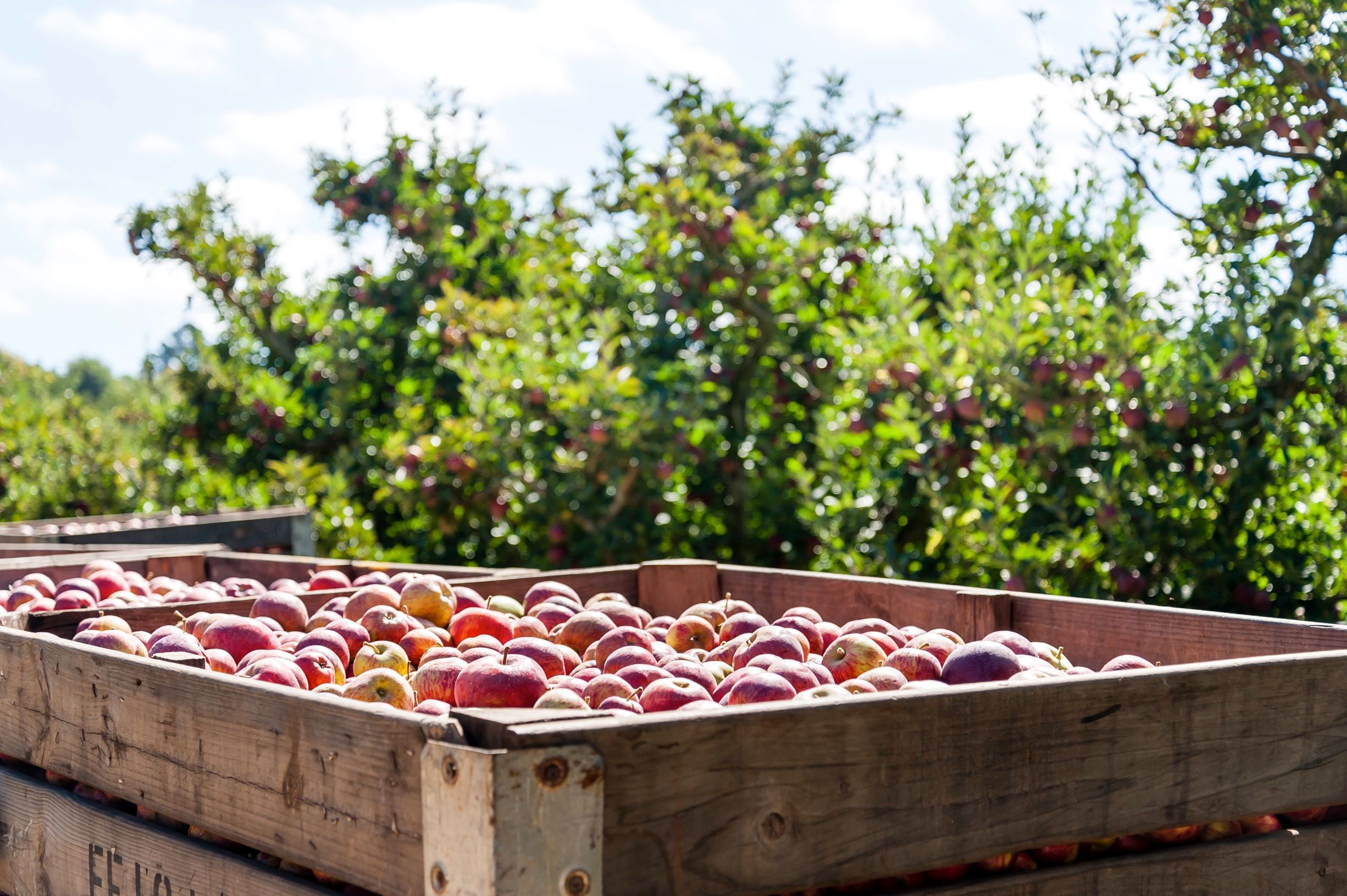 Most people reach into the supermarket fridge and pull out a bag of apples without much thought. Where was it grown? How did it get from the tree into a bag? How did the bag end up on the shelf?

With negative price pressure from supermarkets around the world, one of the only ways Tru-Cape (the largest exporter of South African apples and pears) can maximise the value back to the grower is by trimming costs wherever possible. While incredibly complex, the logistics – the route how fruit gets from the farm to the packhouse onto the shelf –  is now largely handled in-house at Tru-Cape and in partnership with LINK, a supply-chain management company that is owned by the growers of Tru-Cape.

Christine Bönker, Tru-Cape’s Logistics Manager explains: “We can load on any given day around 28, 40-foot refrigerated containers at Two-A-Day in Grabouw alone, each weighing around 30,000kg when fully loaded. We use nine different shipping lines to export our fruit from all four of the main ports in South Africa: Coega, Port Elizabeth, Cape Town, and Durban. “In the busiest weeks this year, we have shipped more than 600, 000 cartons of fruit which will arrive in 105 countries around the world. In a standard container, we can place approximately 1176 cartons on 21 pallets.

Each standard apple carton weighs 18.25kg so you know that’s a lot of apples. Last year Tru-Cape shipped upwards of 5800 containers around the world which, to place it in perspective, is an average of 15 containers every day of the year. This year we have reached a monumental milestone as we have already shipped more than 63% of last year’s volumes in less than half of 2021.” Bönker says that to reach London Gateway, one of the major ports for the United Kingdom, the fruit will be on the sea for upwards of two weeks with the aim to be on the shelves by week four after shipping while, to reach China, in the Far East, it may take three to four weeks without delay.

“Each container is refrigerated at a designated temperature which is usually minus one degree Celsius to keep the fruit at its freshest for arrival at its destination. Each container’s temperature is carefully monitored by at least one temperature recorder placed strategically in the container to capture the most accurate temperature of the fruit/container. Should there be any deviations from the set protocol, notifications will be sent out by PPECB – a fruit industry quality inspector – and/or the shipping line to ensure we are aware of any problems that may be caused to the fruit and then steps need to be followed to ensure the temperature is returned to normal. Temperature loggers have a built-in “alarm” function that alerts to any deviations which will flow through to the correct channels to then take the necessary action.

“While we currently manage reams and reams of paperwork, the industry is attempting to go paperless with new system/software-driven by both PPECB and DALRRD called Titan 2.0. This will then convert a lot of the documents, previously on paper, into electronic forms,” she says. According to Tru-Cape, the annual volume is around 211 910 tons which is equivalent to 46, 047 African male elephants. Tru-Cape has 14 brand options, 187 types of packaging, 1083 permutations, nine quality grades, and 21 different fruit-size counts.