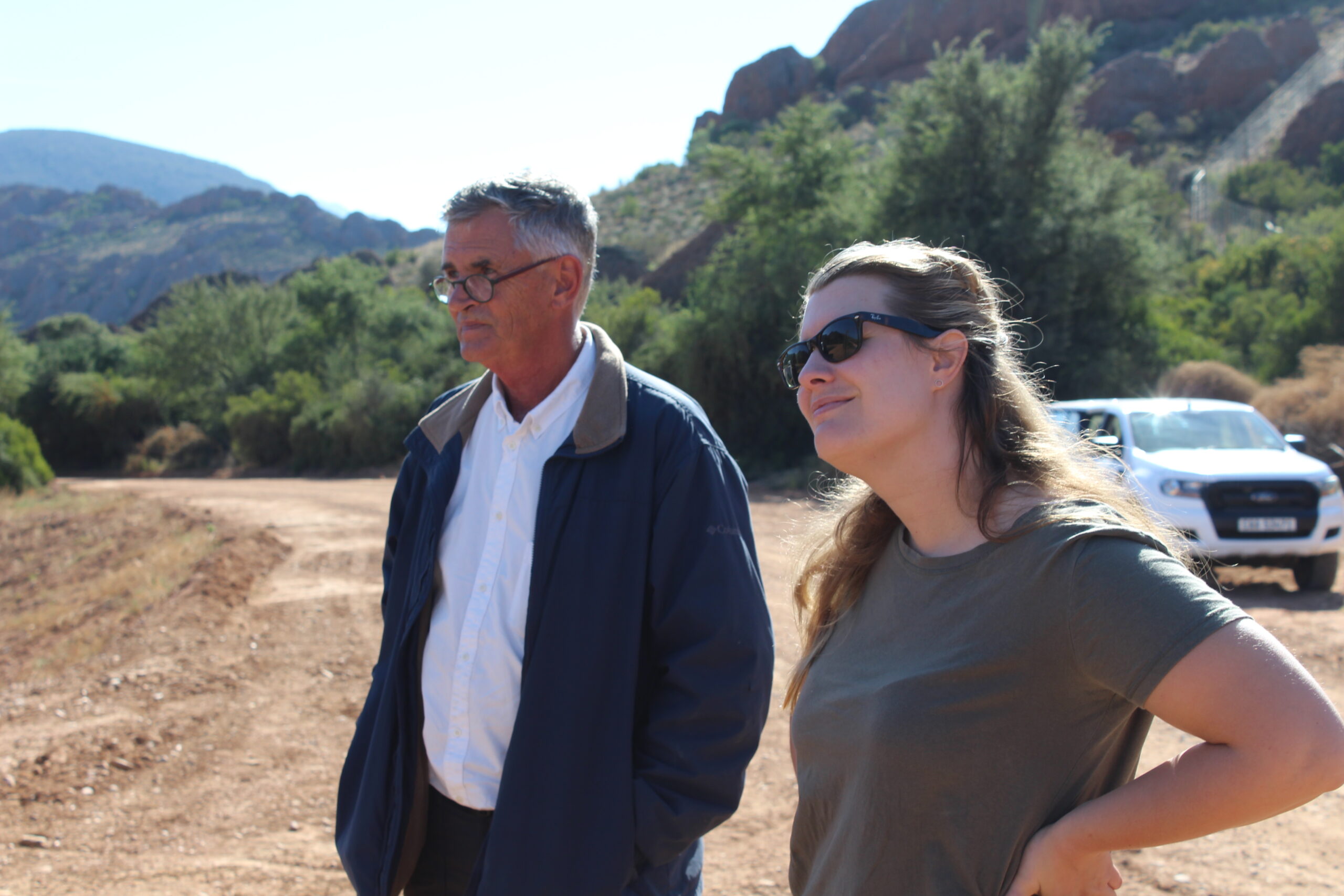 Members of Hortgro Science’s entomological team visited the Langkloof area in April to follow up on damage to pears possibly caused by sucking insects.

Both Addison and Karsten are seconded to the Department of Conservation Ecology and Entomology at Stellenbosch University. One of the department’s postdoc students, Dr Leigh Steyn, also joined the trip. She is currently doing research to determine whether Drosophila suzukii, a specific type of vinegar fly, has made its way to South Africa. She set up fly traps along the road from Stellenbosch to the Langkloof, which she will later collect.

This fly is a pest in other parts of the world with high invasive potential – read about the pest in the latest Fresh Quarterly Issue 17. We don’t expect to catch the fruit fly, but if it does appear, it is good from an eradication point of view to pick it up as soon as possible when infestation levels are low. It thus forms part of an early warning system.

Preliminary trials conducted with input from Dr Karsten and with the help of David Meyer and his team from AECI showed that the red bugs observed in very high numbers in some orchards in the Krakeel region can in fact cause fruit damage. The bugs seem to climb up trees in the night to feast on pears and then hide away on the orchard floor during the day – that’s why it was previously difficult to observe the bugs feeding on fruit.

Based on the preliminary findings, Dr Karsten has submitted a new project proposal to Hortgro to identify the damage-causing bug and to investigate possible monitoring and control options.

It was stressed that continued collaboration and monitoring of the bugs were necessary. The importance of communication between Hortgro and deciduous fruit producers – especially in regions outside of the Western Cape – was emphasized.