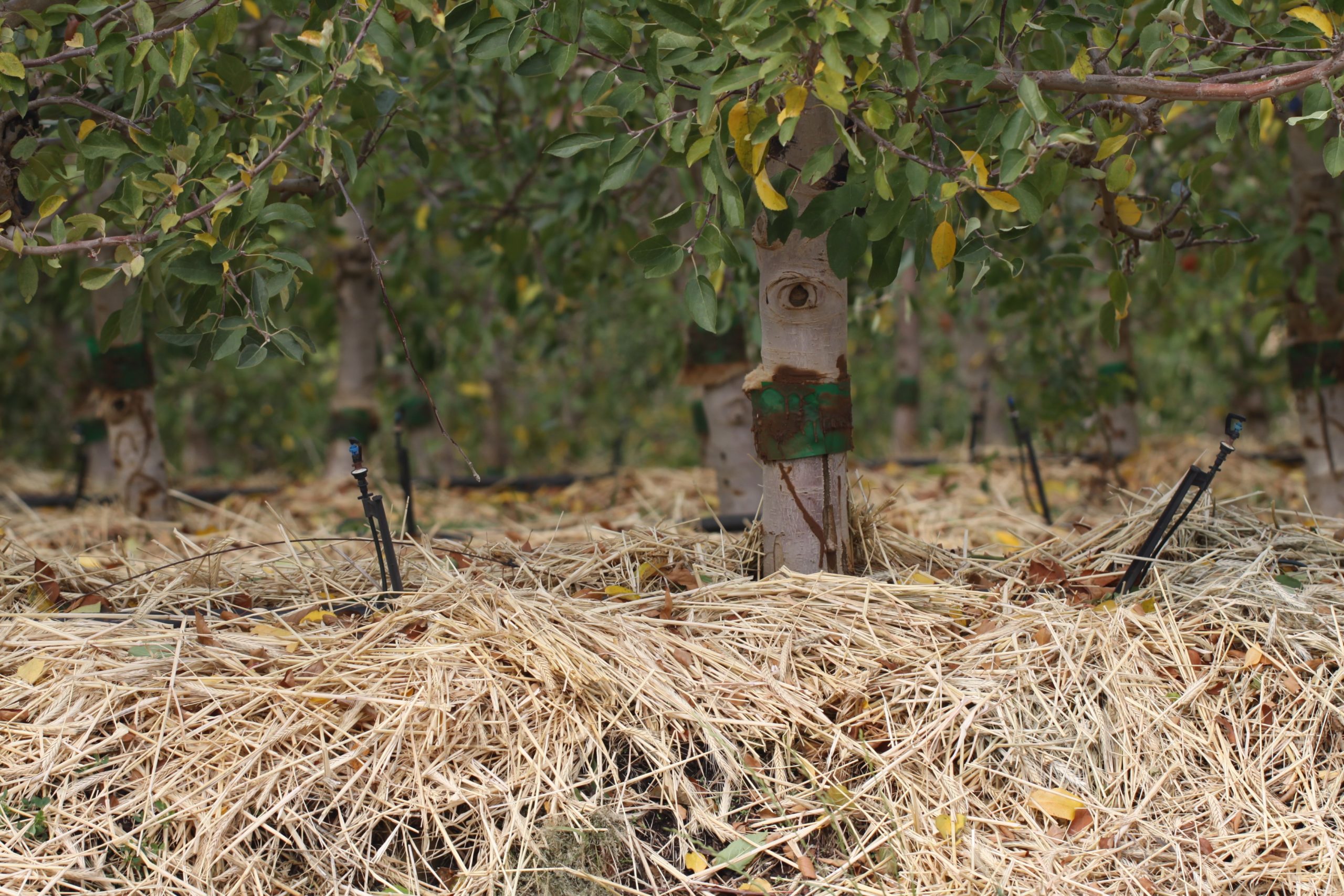 Matthew Addison, Crop Protection Manager at Hortgro Science, explains the nitty-gritty of the cover crop research project with trial sites in the Warm and the Koue Bokkeveld.

The layout of the trial consists of four treatments and a control. There are two components to each treatment, a work row and a tree row. In terms of the work row, initially, three-component grass mixes were applied. This was supplemented in treatment two with a subterranean clover. In treatment three the same grass mix was applied with subterranean clover and a medic. The fourth treatment was the same but with added components such as buckwheat and yellow mustard, tillage radish, as a diverse treatment.

Tree row treatment consisted initially of straw mulching, followed by wood chips in year two. In year three they planted a medic/subterranean clover mix and diversified that by adding additional species in treatment 4. In the first year, they also planted 20 kg/hectare of Triticale just to get the biomass going.

This was compared to a “business-as-usual” control block of how the farm does it normally. They used compost with each treatment in every season. Addison is happy to report that they managed to harvest 30 tonnes per hectare with a very high pack out.

CULTIVAR: BigBucks on M9 – Now in the fourth leaf.

Addison says: “When one starts dealing with mulch there are 370 bales per hectare being put out on this farm, one starts worrying about importing organic material from other regions in here and it is expensive. Hendrik Pohl the farm manager here had some experience planting medics under trees and he was very happy with it, and it had a whole lot of benefits to it, including nitrogen. So we had a go, and so far it has been successful, we still have an issue with weeds, with some of the cover crops not being competitive enough.

“The motivation is to have a green organic mulch that will die off in summer, self-seed and then come back in winter and exclude weeds. One thing it has illustrated is our continuous battle keeping weeds under control.”

In-situ management of cover crops is a developing art, says Addison. Management is almost site-specific. What happens in one place doesn’t necessarily work in another.  Originally they mowed and then started using a roller which was more successful. Another option they are developing is “mow and blow”- taking material out of the row onto the bankie. Mowing it with a rotary mower doesn’t work, as it breaks plant material too much.

Currently, the farm is experimenting with cover crop management on the bankie. Again the roller worked best, because it allowed manipulating cover crops without terminating it, and manipulation before it seeds. That ties into integrating weed management into cover crops.

WHAT DID YOU LEARN COMPARING DIFFERENTIAL SITES?

“Which orchard is going to benefit more from cover crops? Definitely the clay. It will bring down soil temperatures, and it will start improving that soil.”

IS THERE GROWTH COMPETITION BETWEEN COVER CROPS AND TREES?

The team has seen no growth competition between the trees and cover crops, but it would be difficult to measure it on this trial design, says Addison. “A lot of the biological action with cover crops, be they under the tree or in the row, is after harvest and before bloom.  It is a balance between cover crop benefits and cover crop competition with trees. This in itself is an interesting subject.”

(Videos and pictures by Carme Naude.)