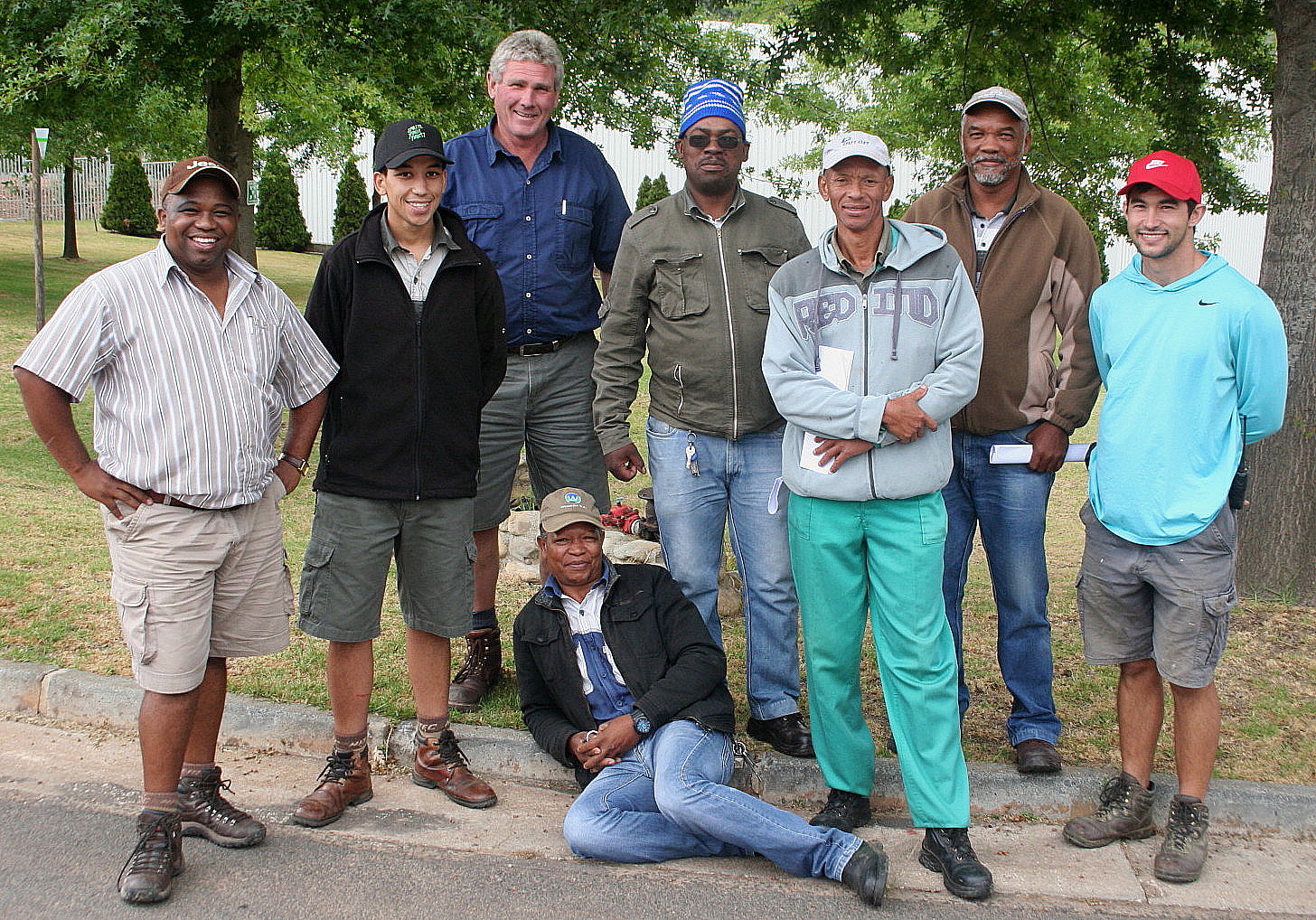 Why should an orchard supervisor need to know how pollination and fruitset work on apple and pear trees? Or the difference between “kruisbestuiwer” and “bestuiwer”? Or how much an apple costs in Europe?  Or the significance of “kouebehoefte” and “rusbreekresepte”? Why develop critical thinking skills at all when most of your day is spent following instructions and trying to get your team of workers to do the same?

For over four decades well-known pome fruit technical advisor, Chris Jurisch, has seen the same default patterns on farms over and over again. The supervisor (and sometimes his work team too) are given instructions on what to do in the orchard. Often the reason for the instruction and the hoped-for outcome is seldom understood. The result is confused communication. The effect is frustration, dissatisfaction, demotivation. The result and effect limit the growth of the supervisor’s potential and that of the work team. And it directly impacts the grower’s profitability, given that labour costs are  50% or more of total production costs per hectare.

Chris believes that developing the reason behind what we do in our orchards will go far in helping our growers and their workers fulfill the true potential of farming businesses. He created a training course to arm orchard supervisors with knowledge so they can develop confidence, critical thinking, and leadership skills. And pass on their “new” knowledge to their teams.

The programme, aptly called “Ontwikkeling van Boordleiers” (Development of Orchard Leaders), is a three-year modular course (19 modules in the first year, 12 modules per year in the second and third year). Each module consists of a theoretical discussion in a “classroom,” followed by demonstration and further discussion in the orchard. Supervisors and their production managers attend the classes together.

Although there are no tests, each supervisor is allocated three troetelbome (pet trees) in the first year. For the duration of the course, and until the pet trees have developed from non-bearing to bearing, the supervisors have to apply their knowledge to the troetelbome. This, without interference or help from anyone. “That is a daunting task in itself,” says Chris, “but over time their troetelbome helps the supervisors develop a sense of ownership, pride, and confidence.”  Chris credits Buks Nel for planting the troetelboom seed many years ago when he and Buks were both still jong bome…

Some of the supervisors have limited schooling, but for Chris, that is not a problem. He says what is important is the eagerness to learn and quotes Einstein: “Education is what remains after one has forgotten what one learned at school.” That is why complex concepts such as apikaledominansie, planting density, photosynthesis, genetics, cultivar differences, and many other aspects of fruit growing, are discussed in the first year. “With a bit of effort and humour, you can explain difficult concepts so that everyone can understand it,” says Chris.

He also takes the groups on orchard tours to different farms and on outings to nurseries, plant breeders, university laboratories, and more. This helps to broaden their horizons and helps them understand where they fit in in the apple and pear world.

Albert Rust, from Glenbrae, Elgin, has been attending the course with his team of supervisors for the past three years.  “The course resulted in many benefits on the farm,” he says. “The students became engaged workers. Productivity increased. They could now connect what they saw in the orchard with the theory and discussions in class. Their confidence grew and they have pride in their work.”

Albert says that the classroom discussions are invaluable as they resulted in innovation and sharing of ideas. It also makes the worker feel valued. “I have known some of the workers for most of my life. But, discussing concepts in a classroom has brought forward aspects of personality that I have never seen before. And they don’t back off, we discuss, and argue about certain things.”

Albert also points out that the workers that have gone through the development course share their newfound knowledge with other workers on the farm. “They become their teachers. Their enthusiasm is tangible and creates a positive work atmosphere on the farm.”

Witvlei farm manager, Danny Blom, is in his second year of the Boordleiers course. He most values the social interaction with the workers. “There is team spirit. Joining the course makes one realise how much miscommunication happens in the orchard. And misunderstandings cost money.”

Langkloof producer, Brian Zondagh from Southern Fruit Farms, says the course’s biggest value for their business, was that it brought about uniformity in production practices. “We have several farms across a wide area that were previously owned by different farmers. Each team had its own way of pruning and doing production work. Chris’s course brought a unified level of skill that resulted in improvisation across the board. Even though they have finished the course, the workers still refer to Chris’ methods and he is seen as the benchmark of what good orchard practices should be.”

Brian says that apart from orchard skills, worker morale lifted and self-confidence grew. “The reassurance that they were doing the right thing was there, and this motivated them further.”

Frikkie Jacobs farm manager at Queen Anne, Bo Radyn, says there was great value in having a diverse group of students in the same classroom. In their group, some had degrees and theoretical knowledge whereas others had limited schooling but more practical experience. The resultant information exchange benefitted everyone.

According to Frikkie, the troetelbome was another example of out-of-the-box learning. “Everyone got three trees in a young block at the start of the course. Over the next three years, they had to apply critical actions at precisely the right time to the trees. By year three they learned that having a long-term perspective is a critical skill of an orchardist. If you didn’t do in year one what you were supposed to do, the troetelbome very clearly showed it by year three.”

The fact that the course was conducted on the farm, in the orchards was a major advantage, Frikkie says. “The students were in their own environment, relaxed, and eager to learn.”

From a business side, the changes he saw in the students were impressive. They started to take ownership of their work, they were more productive and engaged. So much so, that one of the students has been appointed as a junior farm manager on new land that the business recently acquired.